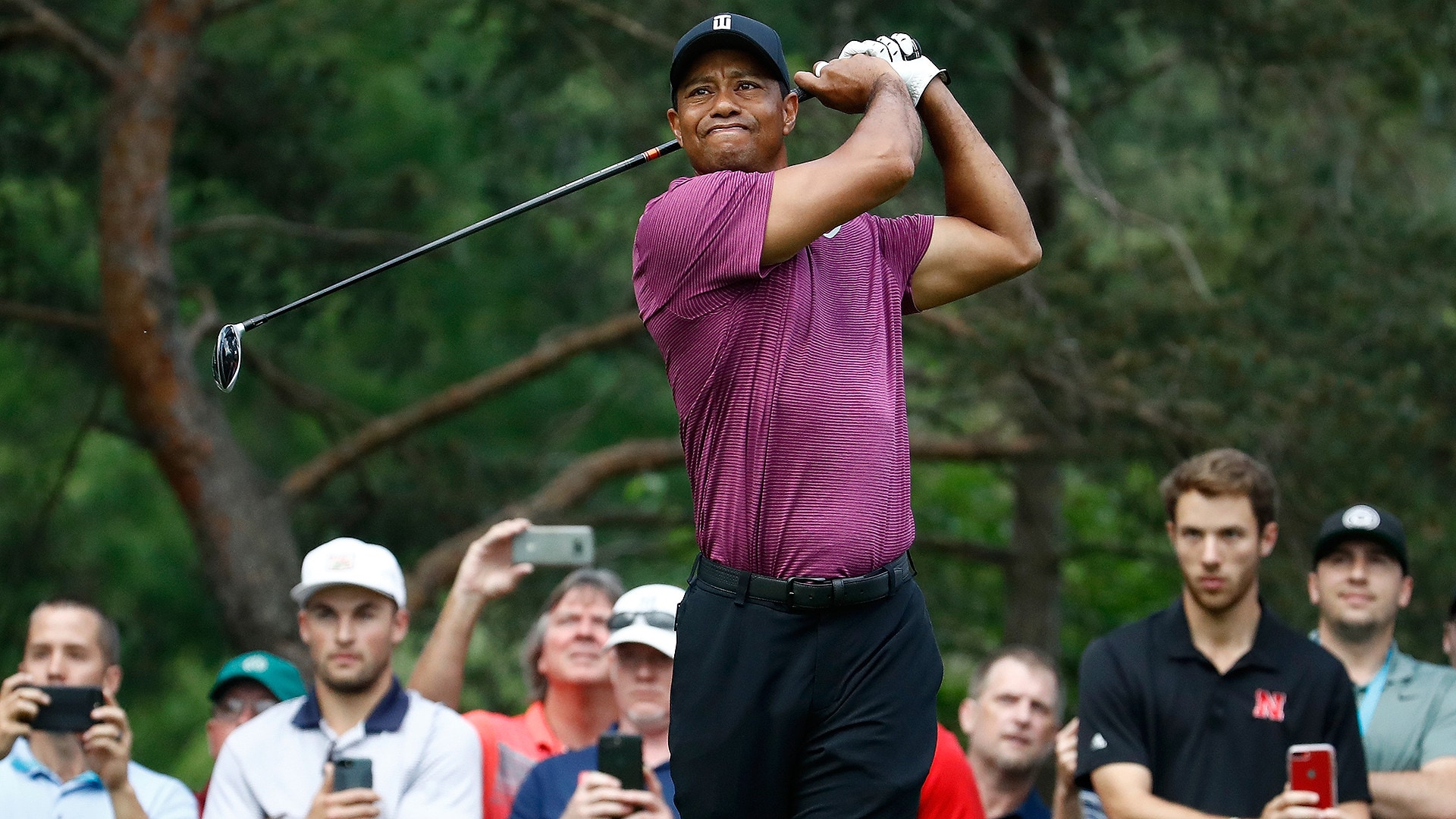 DUBLIN, Ohio – This comeback tour has been about milestones for Tiger Woods.

His runner-up showing at the Valspar Championship was his best finish on the PGA Tour in nearly five years and his start this week at the Memorial is his first since 2015, which will also be the anniversary of his worst round as a professional when he toured Muirfield Village in 85 strokes on Saturday.

No one said these were all milestones worth celebrating.

Of course the most anticipated landmark for Woods this year is two weeks away, when he will be officially a decade removed from his most recent major victory at the 2008 U.S. Open.

When Woods limped out of Torrey Pines following what was undoubtedly the most difficult – and perhaps the most meaningful – Grand Slam triumph of his career, his future was uncertain. But no one could have anticipated what was to come.

The pain he endured to beat Rocco Mediate in a playoff on Monday in San Diego was clear, but even the worst-case estimates wouldn’t have predicted that he’d still be vying for major No. 15 a decade later.

In retrospect, time, at least partially, explains why Woods is now willing to put that dramatic and historic victory in context.

“That was a pretty special week, because I've had probably four majors where I've putted like that: ’97 Masters, 2000 U.S. Open, 2000 [Open Championship] and then [the ’08 U.S. Open],” he said on Wednesday at the Memorial. “I don't think I really missed a putt inside 10 feet in any of those four major championships. And that was a week that I needed it because I didn't really hit the ball as well as those other three majors that I mentioned.”

Injuries, both physically and psychologically, are to blame for Tiger’s lost decade.

Woods has played 25 majors – out of a possible 39 – since his victory at Torrey Pines, and has nine top-10 finishes during that span, including a runner-up showing at the ’09 PGA Championship. But he’ll tell you his best chance to get back in the Grand Slam game came in 2011 at Augusta National.

“That one still leaves a little kind of a craw in my mouth there, because I felt like I had all the momentum,” said Woods, who began Sunday at the ’11 Masters seven strokes back but charged into contention with a first nine of 5 under par. “I just felt like that was one of the ones that I could steal. I won 14 majors, but I've kind of been there, I was in the final group or tied for lead or leading, but I thought that was the one I could have gotten.”

Woods managed just a single birdie on his inward loop that day, and added a three-putt bogey at the 12th hole, to finish tied for fourth place, four shots back.

His victory at Torrey Pines in ‘08 was always going to be special, but time has made it much more than the sum of its parts, an absence and the-heart-growing-fonder kind of deal.

Woods admits that he’s exceeded his own expectations in this most recent comeback, adding a top-5 finish at Bay Hill to his near-miss at the Valspar, and even the most pessimistic observers will now allow the possibility of Tiger winning again on Tour is not nearly as outlandish as it may have been just a few months ago.

But winning a major is still where many draw a line. Fields are too deep and the competition is immune to the intimidation Woods once cast over a field. There’s also the baggage that the last 10 years have left.

A player who once seemed forged from Teflon no longer appears invincible.

Still, Woods remains undaunted by either time or his various troubles. He spent the last two days on Long Island tirelessly preparing for the U.S. Open and arrives at Muirfield Village, a course that serves as the perfect tune-up for the national championship and a place where Tiger has won five times, riding a wave of confidence.

For Woods, there’s no reason not to think his 15th Grand Slam tilt isn’t waiting on the 18th green at Shinnecock in two weeks, but he still must do it. He still must find a way to rekindle that magic that made him destined to run down Jack Nicklaus’ record of 18 majors.

Woods has allowed himself to be much more reflective in recent years, perhaps it’s natural as a player ages or maybe this nostalgic quality was forced on him by injuries and an endless parade of missed opportunities.

Either way, he’s become more at ease embracing these benchmarks, particularly that major milestone that for much of his career seemed so inconceivable.