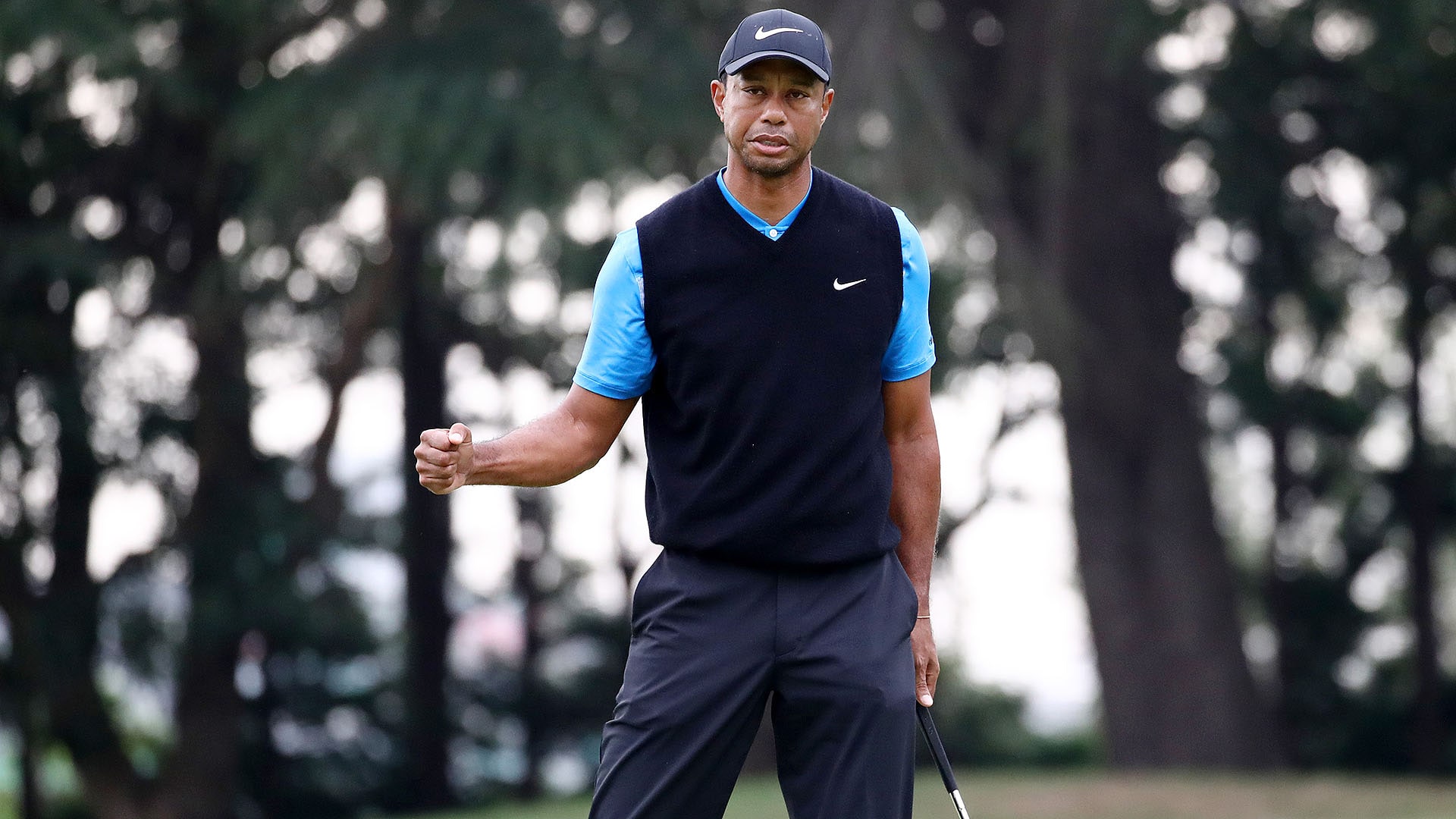 Tiger Woods shot 4-under 66 in the delayed third round of the Zozo Championship to take a three-stroke lead into the final frame, which began immediately thereafter on Sunday in Chiba, Japan. Here’s how things played out in Round 3 at Accordia Golf Narashino Country Club:

What it means: Woods is 18 holes – which will be contested over two days – from claiming his 82nd PGA Tour victory. That will tie Sam Snead for the all-time record. Woods is 43-2 when leading outright through 54 holes on the PGA Tour (and 24-0 when leading by at least three). He led by three entering the final round of the 2018 Tour Championship (win No. 80) and trailed by two at this year’s Masters Tournament (win No. 81).

Round of the day: It wasn’t the lowest score of the day, and it didn’t quite match his opening pair of 64s, but Tiger’s 66 was still, comparatively speaking, the best of the lot on Sunday. After the field was sidelined for a day because of Typhoon Bualoi, Woods built upon his two-shot advantage – though, not immediately. Tiger bogeyed his first hole in the third round, only to recover with four birdies in a six-hole stretch before the turn.

A steady Woods added two birdies and a bogey to his card on the back nine.

Best of the rest: Local favorite Matsusyama did his best to keep pace with Woods. He, like Woods, made four birdies and a bogey on the front side. He added two more on the inward half, for a 5-under 65. Though he is Woods' nearest pursuer, because of the Saturday wipe-out, officials didn't not regroup after the third round. Matsuyama will not be alongside Woods in the finale.

The lowest score in Round 3, however, belonged to Rory McIlroy. After opening in 72 and following that with a 65, McIlroy shot 7-under 63, courtesy an eagle at the par-5 18th. He stands at 10 under par, six back of Woods.

Biggest disappointment: The Tiger Effect is alive and well. U.S. Open champion Gary Woodland and Keegan Bradley played Round 3 alongside Woods. On a scoreable day in soft conditions, Woodland, who is hoping to get one of Woods' Presidents Cup captain's picks, could only muster a 2-under 68; not bad, by any means, but still cost him two shots on the lead. Bradley shot 1-over 71 and dropped to 7 under par, nine off the pace.

Shot of the day: Well, there weren’t a lot of fireworks in the third round, but that didn’t temper the enthusiasm of the Japanese faithful. They have Tiger in the lead, Hideki in contention, and nothing but good vibes all around.