Woods can look to Love for post-surgery motivation 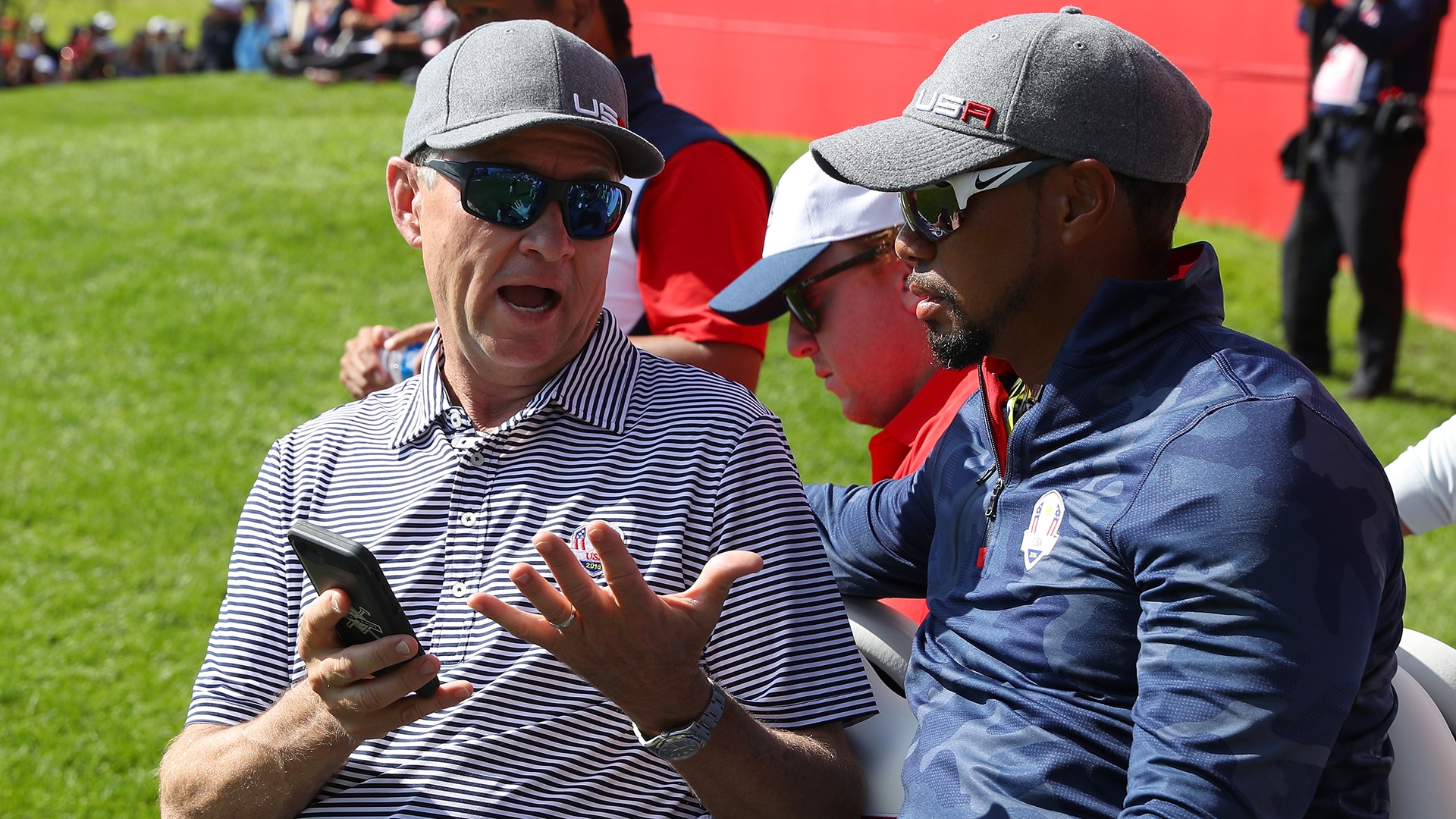 For the man who for so long lived by the mantra that “second sucks,” participation medals probably aren't items of interest. But this is a different Tiger, a Tiger broken by four back procedures and a Tiger more than two years removed from his last flash of competitive relevance.

This is a player/patient who has gazed into the abyss of life after golf and struggled with the diminishing quality of that life, with a back wouldn’t allow him to drive a car or play with his children.

Put it this way - although Woods' mind is still plenty willing, his body remains the glaring question.

By all accounts, Woods is pain-free, something he says he hasn’t been since 2012. He’s also happy, welcoming all this week to the Hero World Challenge, an unofficial event he hosts at Albany.

But his relative health and happiness offer little insight into this question – what will Tiger Woods' competitive career look like post-fusion surgery?

“The people who have had my procedure of L5-S1, the average age is 58. Me being 41, 17 years younger - most of the people who have had it, like for instance Lanny [Wadkins] and Lee [Trevino], they were well past their playing days when they had the procedure done,” Woods said. “I'm still right in my playing years, and so it's hard for me to ask people what were you experiencing because they weren't going at velocity at that age.”

Although it’s not an apples-to-apples comparison, there is a someone who has emerged as a sounding board for Woods. In February 2013, Love underwent a similar fusion surgery to his C 5-6 and C 6-7 vertebrae in his upper back. While there are differences between the two procedures, Woods only needed to glance at the message on his phone on Monday to find hope.

“We’ve been talking about it; the immediate relief is what’s so amazing. I couldn’t feel my fingers, and all of a sudden that’s gone,” said Love, who again finds himself in the recovery process following hip replacement surgery last week. “His [recovery] took more time than mine, but they were very similar and the prognosis is good once you bite the bullet.”

Woods has explained this week that the fusion surgery he had in April has limited his flexibility and exposed a few more aches and pains, but the overall relief has been life-changing.

“I have some stiffness. Like, no duh, it's fused,” Woods said. “So I'm learning what my body can't do yet and what it can do. It’s just going to take a little bit of time.”

Again, there’s a lesson to be learned from Love’s journey through a similar process.

Like Woods, Love recalls being tentative when he returned to golf, reluctant to take full swings, particularly with mid-irons that required a steep downswing and hard contact with the ground.

“You work your way into it,” Love said. “The first time you make a full swing, you’re thinking, ‘Is it going to hold?’ You’re so used to things hurting.”

Love, who was 48 when he had his fusion surgery, admits now he probably took longer to rehab than he needed, figuring there was something to the old cliché that “no one ever came back too late from an injury.”

In May 2013, three months after having surgery, Love returned to competition at The Players, where he played four rounds and tied for 48th place.

“It was just relief that I’d made it through rehab,” Love recalled. “There were some buried lies in bunkers I was nervous about, but after that I was like, ‘Alright, this is going to be OK.’”

Love would play 15 events in 2013 and 22 the next year. Of course, the true measure of his post-surgery success came in 2015 when Love won the Wyndham Championship, his 21st Tour title at 51 years old.

Woods is plenty familiar with that accomplishment, since he was one of the players Love beat that Sunday in Greensboro, N.C. That Sunday was also the last time Tiger was in contention, adding some extra credence Love’s perspective.

“I told him, you play 20 events a year the next four years [and] you’re going to be competitive,” Love said. “I would think he could make the FedExCup [Playoffs] if he plays 20 events. He’s like any other athlete; if he’s healthy, he’s going to figure out a way to play well.”