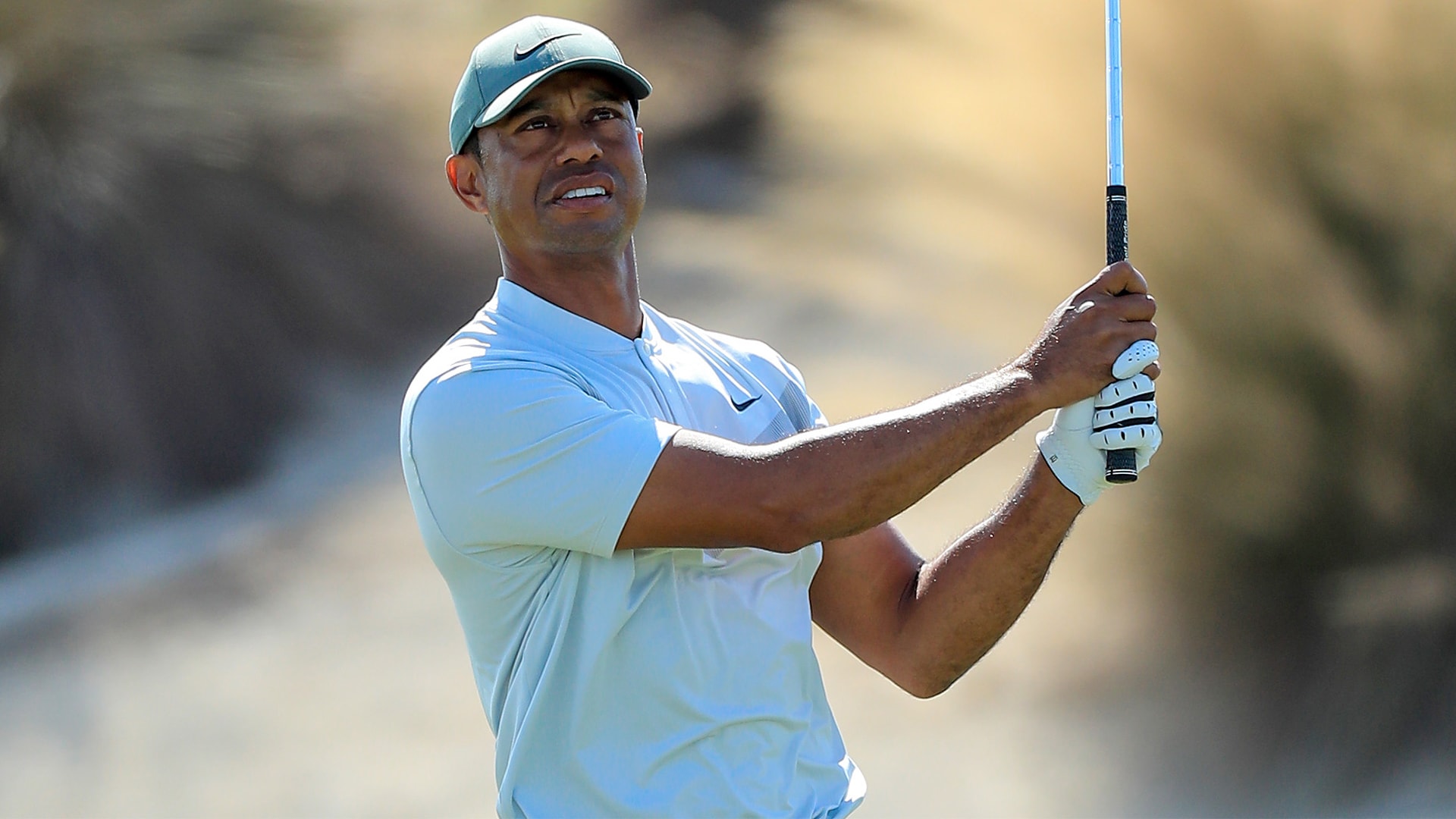 NASSAU, Bahamas – For every PGA Tour pro, there are certain golf holes that just don’t fit their eye. For Tiger Woods, the par-4 finishing hole at Albany Golf Course is one of them.

“It's just a hard hole,” said Woods, who doubled-bogeyed the hole Wednesday to put a damper on his opening round of the Hero World Challenge.

A day after finding the right fairway bunker off the final tee and making a mess of the hole from there, Woods pounded a drive down the fairway before “roasting” a 6-iron into the green to set up an easy par.

A nice relief for Woods, who came alive after a slow start with an eagle and three birdies on the back nine to shoot 6-under 66 and rocket up the leaderboard on Thursday in the Bahamas.

“Yeah, no kidding, huh? I finally hit a ball in the fairway, which is great,” Woods said. “Normally it's either soup or it's rocks.”

Woods’ mood was understandably better than after his opening 72. He missed four of his first five greens but left himself on the correct sides of the hole to set up easy up-and-downs. He made just one birdie on the front side, at the par-5 sixth, but also made no mistakes. 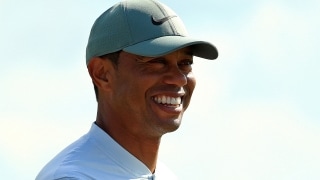 Tiger Woods had another back-nine surge at the Hero World Challenge – and this time, he didn’t stall out.

That set the table for the back nine, when Woods caught fire with a short eagle make at the par-5 11th hole before playing Nos. 11-16 in a total of 5 under. On Wednesday, he played that stretch in the same amount of shots. But unlike a day earlier, Woods didn’t slip up at the end.

“I felt good with every aspect of my game,” Woods said. “I worked hard on everything, felt pretty sharp.”

It’s been a little more than three months since Woods underwent arthroscopic surgery to repair torn cartilage in his left knee. The procedure has seemed to revive Woods’ game, which wasn’t in great shape toward the end of last season.

Since the surgery, Woods has played six rounds in 25 under. He also won his record-tying 82nd PGA Tour event in October at the Zozo Championship.

Asked what part of his game has benefitted the most from a healthier knee, Woods gave two responses.

It’s all good news for Woods and Team USA as it relates to next week’s Presidents Cup in Australia. The U.S. playing captain, healthy and thriving, hasn’t said how many sessions he’ll play.

But if he keeps this up, expect to see a lot of Woods at Royal Melbourne.