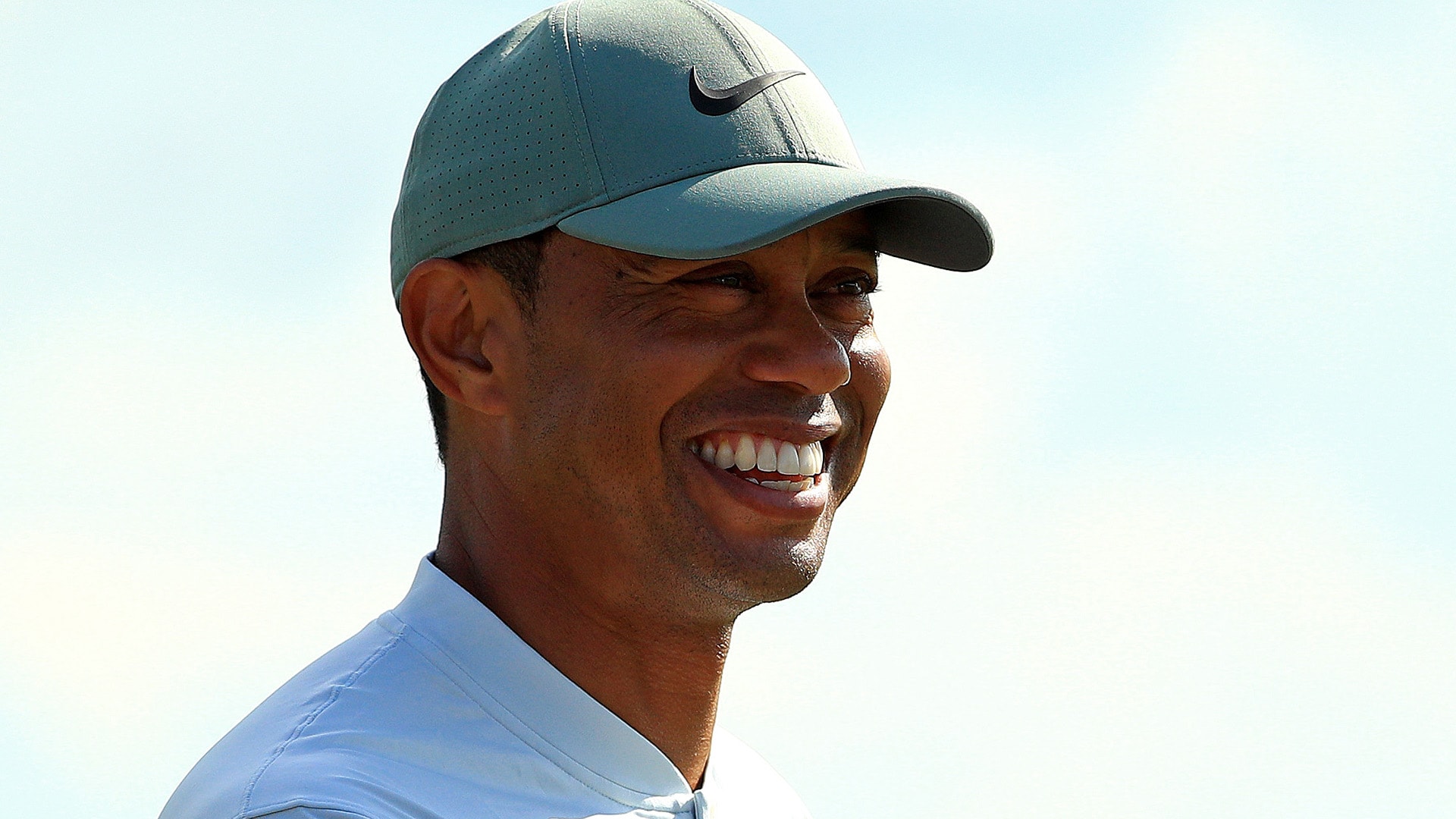 NASSAU, Bahamas – Tiger Woods had another back-nine surge at the Hero World Challenge – and this time, he didn’t stall out. Here are my thoughts after watching his 6-under 66 in the Bahamas:

• Thursday brought less breezy conditions, and Tiger was able to take advantage. He kept the ball in play off the tee, dialed in a few iron shots and didn’t have to play the wind on putts. Thus: A bogey-free day.

• Not gonna lie: I was a little worried when Tiger approached the closing two holes, after Wednesday’s debacle. But he hearted a 5-footer for par on 17, then absolutely piped a drive on the home hole that left him with a rare opportunity to attack that flag. A par-par finish never felt so good.

• Tiger said afterward that he “didn’t do anything poorly,” and it’s hard to disagree. For the second straight round he swung freely with the driver, finding eight fairways. And 10 of his iron shots, according to my unofficial calculations, were inside 15 feet. That’s good stuff.

• The 24 putts were a good sign, especially after he missed a couple short- to mid-range looks in the opening round. Tiger chalked it up to not having to factor wind into his reads.

• Everybody moved up the leaderboard Thursday, but this was exactly what Woods needed to do. In each of his three wins over the past 15 months, he’s been T-6 or better after 36 holes. When he finished his round, at least, he was in a tie for fourth.

• How about a tip of the cap to Tiger’s surgeon? Since his arthroscopic knee surgery, Tiger is 25 under par in six rounds. He looks like a new man – and playing like a young one.