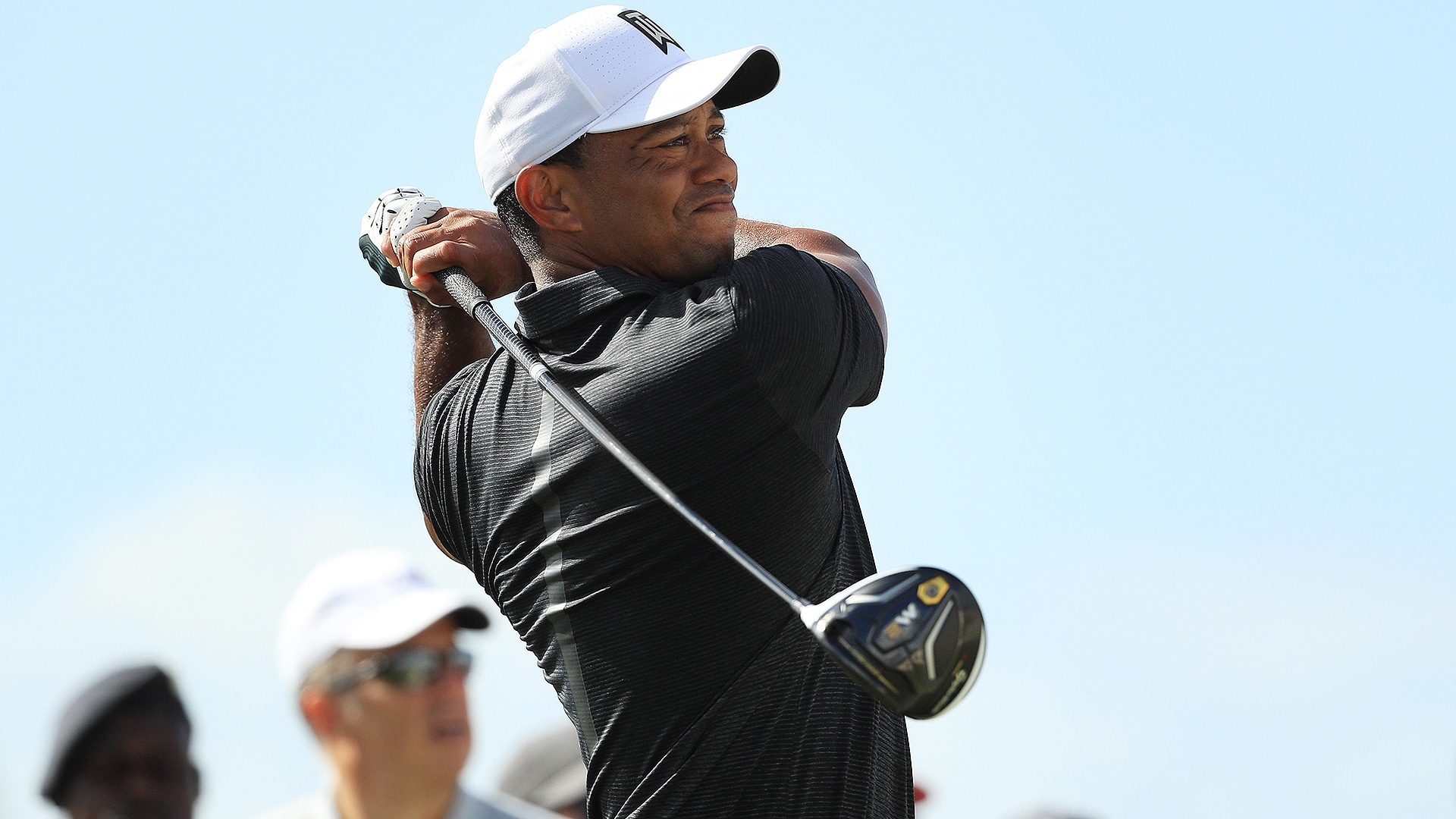 NASSAU, Bahamas – Here are some things I think I think after Tiger Woods’ 3-under 69 Thursday after the first round of the Hero World Challenge at Albany:

• Not going to lie, I nearly shed a tear after that first tee ball got airborne at 12:05PM ET. After 301 days, Tiger Woods finally hit a meaningful golf shot. I know it makes me sound wimpy, but I don’t care. There was a time, not long ago, when we didn’t know if we would ever see it again.

• Tiger’s 69 puts him in an eighth-place tie, three shots off the lead held by Tommy Fleetwood. It really doesn’t mean a thing, but he is ahead of Henrik Stenson, Brooks Koepka, Hideki Matsuyama and Daniel Berger.

• Overall stats from the day don’t really tell the story. Tiger made five birdies and two bogeys, hit seven of 13 fairways (five par 5s) and 12 of 18 greens and took 28 putts. He hit only seven fairways but his driving is what impressed me most. It was under control, he went after it hard a couple times and kept most everything on the map. “The best part? My driver and obviously my putter,” Tiger said. Other than that…

• But, and there’s always a but, Tiger’s chipping just was not very good. His putting bailed him out twice after poor chips, but it was an issue and could continue to be one. Perhaps the worst came on the par-5 ninth hole. He was just off the left side of the green (only 30 feet from the hole) in two shots but chili-dipped his chip, failing to reach the green. He made bogey to turn at 1 under when it looked like he was going to make birdie to turn at 3 under.

• No expectations, that’s what Tiger has said all week. After his opening round he was asked if expectations now change because he played so well. “No, I was just grinding, honestly just trying to put the ball in the right spot,” he said. Good to hear. He knows that last year was a mighty rollercoaster here (73-65-70-76) and he knows there’s a chance it could be like that again this week.

• On the other hand, Tiger was not rusty in three areas – he let a few naughty words fly, he fist-pumped like he did 10 years ago and he even admitted that he peeked at a leaderboard once or twice on the back nine. Can’t ever take the fight out of the Big Cat.

• A lot of tweets today, all of them were money, but this is the one that made me the happiest. It came immediately after his first birdie, on the third hole.

The fist pump was not rusty. At all.

• Looking ahead to tomorrow, there’s just no telling what to expect. Anything lower, about the same or higher would not surprise me. Not kidding. Should be treated similar to the first round.