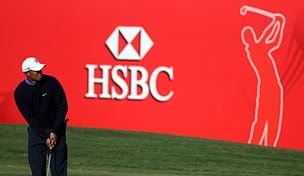 ABU DHABI, United Arab Emirates – For the second consecutive year, Tiger Woods begins his season in the Middle East but his second trip Abu Dhabi had a much different vibe when he met with the press on Tuesday morning.

Unlike last season, when he arrived at the Abu Dhabi HSBC Golf Championship ranked 25th in the world golf ranking and more than three years removed from his last official victory, Woods begins 2013 fresh off a three-win season and, more importantly, confident his swing and body can withstand the rigors of a complete calendar.

“Last year I had one little blip at Doral (a Sunday withdrawal from the WGC-Cadillac Championship), but other than that it was a good year physically,” said Woods, who moved to No. 2 in the world ranking this week. “It was a big year in that regard that I was able to play an entire season.”

That uninterrupted calendar also allowed Woods to enjoy a normal offseason, putting the clubs away for a few weeks after December’s World Challenge and starting preparations for 2013 with swing coach Sean Foley about two weeks ago.

“Sean and I didn’t reinvent any wheels,” said Woods, who tied for third last year in Abu Dhabi. “We just spent time refining what we have been doing.”

In practical terms, that meant working from “the green back” with a focus on his short game, which he said started to become more consistent toward the end of 2012.

Although much of Tuesday’s focus was on McIlroy and his switch to Nike Golf, Woods – who played a nine-hole practice round on Tuesday at Abu Dhabi Golf Club – said he was content with the status quo in his own bag, keeping his clubs unchanged other than a “fresh” set of irons (he switches his irons out every six to eight months for fresh grooves, he said).