Grateful Woods happy with opening round at Hero 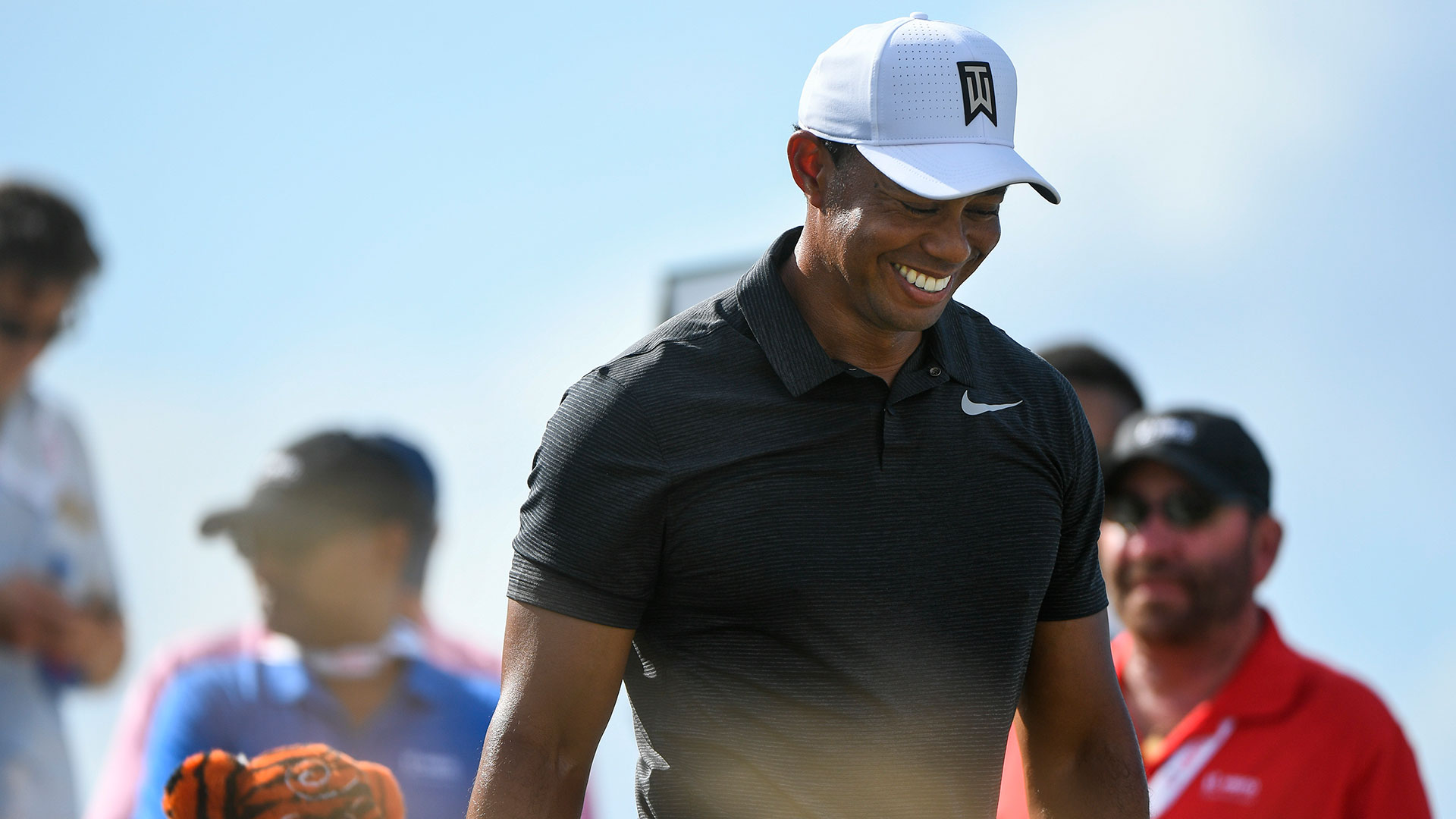 NASSAU, Bahamas – Those with even a passing interest in social media likely noticed over the last few days the return of one 14-time major champion.

You may have even noticed that much of the conversation has focused on how far Tiger Woods is hitting his driver, which by every account is dial-back-the-golf-ball long. On Thursday, paired with Justin Thomas, Tiger hammered that narrative home – literally.

At the first hole, he pounded his drive down the fairway. Yep, past JT, who last year averaged 309.7 yards off the tee. At the second, Woods launched another missile high into the windy Caribbean sky. You guessed it, well by the reigning PGA Championship winner.

Again and again, Woods turned back the clock with an impressive combination of power and, with a few notable exceptions, precision off the tee. But that tells only a portion of the Day 1 story.

There’s so much more to golf than simply prodigious drives, like a short game which still seems to be a work in progress for Woods. He caught his chip heavy at the fourth, and again at the ninth on his way to his first bogey of the day. Two holes later he sent another delicate pitch some 30 feet long (although to be fair, there were some highlights like the up-and-down at No. 12).

“It's frustrating because I have a hard time with this into-the-grain, ball sitting down,” said Woods, who turned in 1 under. “I have to hit the ball high. I'm used to using the bounce and hitting behind it a little bit and getting it up, but it's so sticky that it's really hard to do. I haven't quite figured it out yet.”

You could see this coming. Since he started his run up to this week’s start, his first since having fusion surgery on his lower back in April, Woods has spent extra time working on his short game.

Before the social media universe begins coming up with answers for Woods’ short game woes, know that Albany is an exacting test around the greens, with putting surfaces that are ringed with swales and collection areas; and following more than eight months of complete inactivity a player’s touch is always going to be the final tumbler to fall into place.

But it was neither Woods’ wonderful driving or his wanting short game that mattered on Thursday. It wasn’t even an opening-round 69 that left him tied for eighth, three strokes off the lead held by Tommy Fleetwood. No, what mattered was his participation.

He wasn’t going to be perfect straight off the DL. In fact, it’s highly unlikely he figures it all out before Sunday’s curtain call. But for those watching his round the most important takeaway was that he remained upright and off the trainer’s table.

“All I'm trying to do is just keep plodding along. Today if I take away the two 6s and play the round correctly, then I'm probably tied for the lead,” Woods said. “So it's just little things like that I need to clean up and hopefully I can do that tomorrow.”

Moral victories have meant little to Woods throughout his career and he probably won’t spend Thursday night celebrating on his yacht, Privacy, which is moored in the nearby harbor.

With Woods the story never ends at the quantifiable.

“What do you guys want to talk about?” joked Thomas following his round when he was approached by reporters, a playful nod at this week’s headliner.

The instant analysis came fast and, to be honest, without many facts at this early juncture. Woods largely drove the ball well, putted well, but needs to clean up his short game and the big miss – like at the 15th hole when he airmailed his drive into the dunes right of the fairway.

Completing an under-par round with an edge to his voice that hasn’t been there in some time, however, is what those who have awaited this day should celebrate.

“He was such an inspiration to me, I had to come out and watch,” said Tour frat brother Bryson DeChambeau, the winner of this year’s John Deere Classic who ventured out to Albany to play the role of spectator.

DeChambeau’s take was shared by many and helped temper expectations for what is always the best story in sports – the reclamation project.

Through the 1,000-yard gaze that defined so much of his career, Woods seemed to allow a moment of contemplation after having so many years of pain and uncertainty. The man whose aura has always been defined by his ability to compartmentalize and stay grounded in the here and now, was asked his thoughts before teeing off on Thursday.

“I was very thankful this morning,” he allowed. “I was in my head thanking all the people who have helped me in giving me a chance to come back and play this round again. There were a lot of people that were instrumental in my life; friends, outside people I've never met before, obviously my surgeon. I was very thankful.”

Of all the elements that defined Woods’ Day 1 return, it may be that gratitude that should give golf a reason to be truly optimistic.