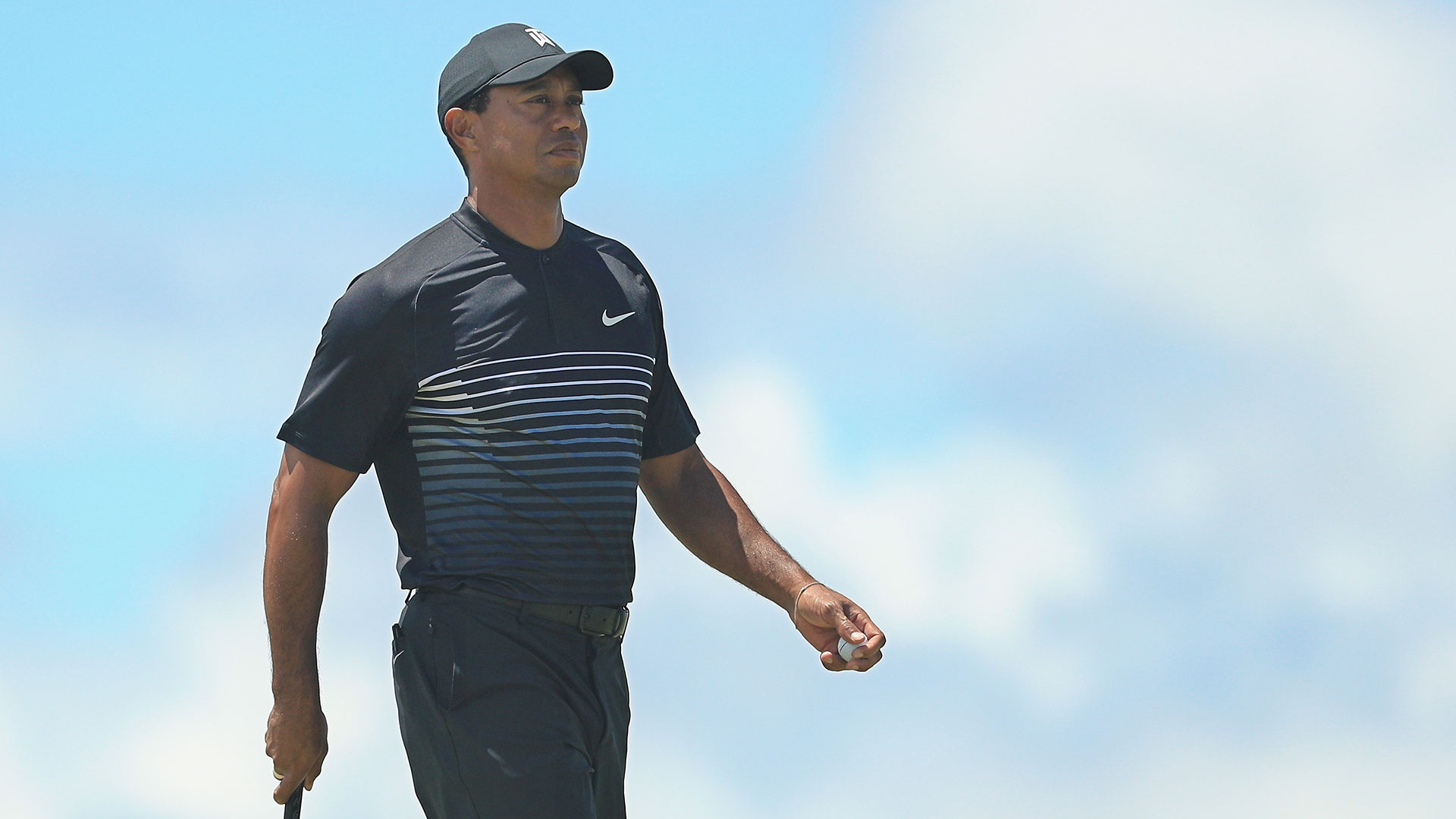 With the event shifting to Detroit next summer, this week's Quicken Loans National represents one last chance for golf fans in the Washington, D.C., area to come out and watch some of the game's best - including tournament host Tiger Woods. Here's a look at a few marquee, early-round groupings as Woods makes his return to the event for the first time since 2015 (all times ET):

Stanley got back into the winner's circle for the first time since 2012 at this event last year, where he defeated Charles Howell III in a playoff. He'll be joined by Hurley, who earned his first career win at this tournament two years ago when it was held at nearby Congressional, and Watney, who won in 2011 when it was held at Aronimink outside Philadelphia.

Walker was a runner-up last month at TPC Sawgrass, a highlight among a run of five straight top-20 finishes. Horschel is looking to get back on track after stringing together three top-25s in a four-event stretch this spring, while Cink's closing 62 outside Hartford on Sunday earned him a T-2 finish and his best result since winning The Open in 2009.

At No. 8 in the world rankings, Fowler is the highest-ranked player in this week's field and the only player among the top 15 teeing it up. Woodland won earlier this year in a playoff at the Waste Management Phoenix Open, while Hadley is in the midst of a resurgent season after a brief return to the Web.com Tour in 2017, having missed the cut in his U.S. Open debut earlier this month.

Woods won this event in both 2009 and 2012 at Congressional, but he's playing for the first time since a T-18 finish in 2015 when it was held at Robert Trent Jones Golf Club. Leishman joins Fowler and Francesco Molinari as the only top-20 players in the field, having finished second at the AT&T Byron Nelson last month, while Haas succeeded Woods as the tournament's champ with his 2013 victory at Congressional.