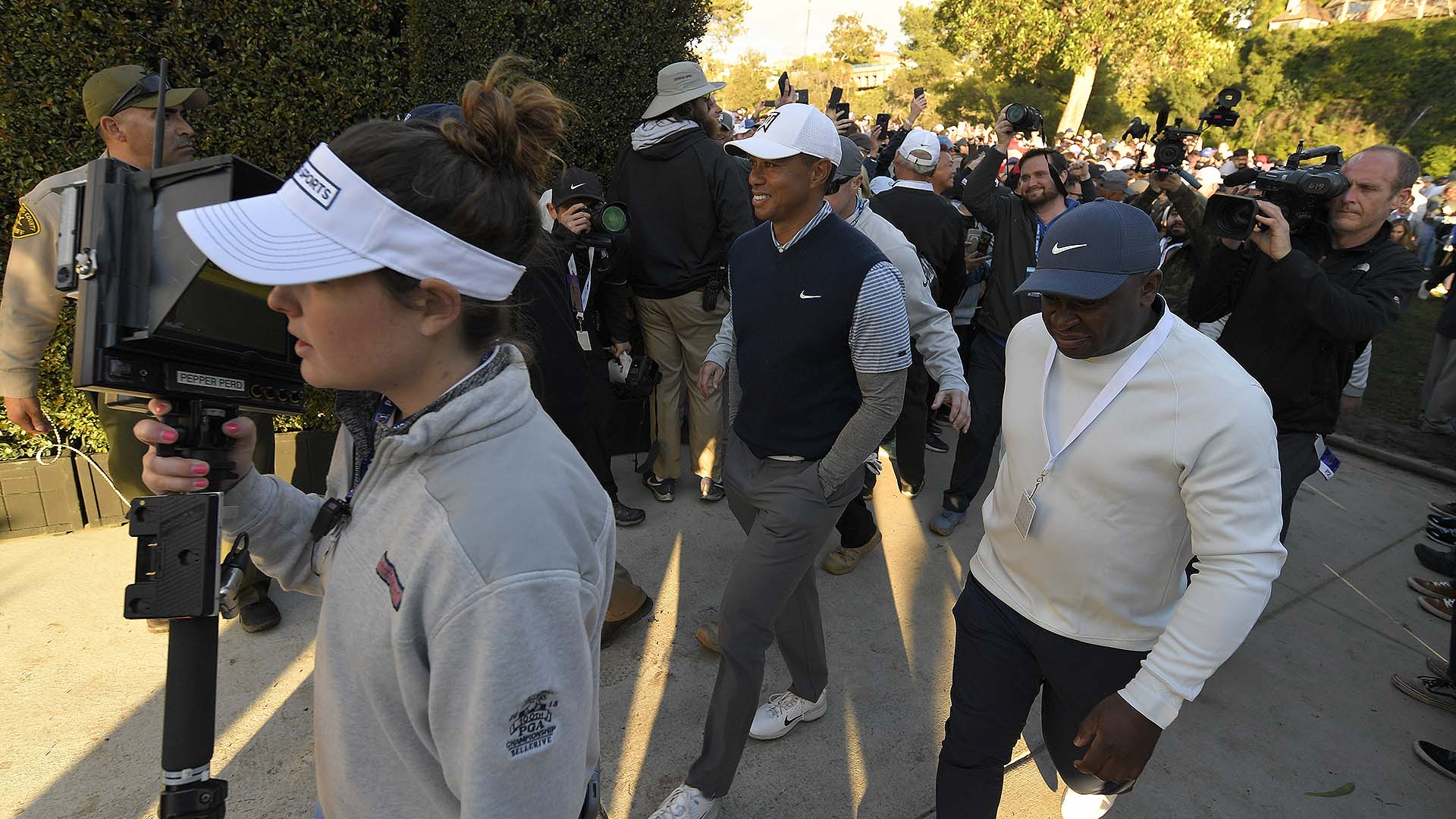 LOS ANGELES – Tiger Woods has often spoken about being an early riser but this might be extreme even for him.

After the first round at the Genesis Open was delayed seven hours by a storm, players have been playing catch up all week which has prompted plenty of early wake-up calls.

Woods, who didn’t play at all on Thursday, has 29 holes remaining on Sunday which will begin with the resumption of the third round at 6:45 a.m. (PT).

“Probably get up somewhere around 2 or 3 [a.m.] and start the process,” said Woods, who moved into a tie for 14th place after playing his first four holes of the third round in 5 under par. “This has been a long week and we’re almost done.”

Justin Thomas, who is leading at 13 under par and was on the third hole when play was halted, plans to sleep in by comparison with a 4 a.m. wake-up planned.

For Jordan Spieth, who is tied for 10th place, early starts have become routine after last week’s AT&T Pebble Beach Pro-Am which was impacted by similar weather delays and was completed on Monday.

“This has been something like seven out of eight days I've been up at 5 a.m., so that's tough, and [Sunday] is no different,” Spieth said.

Officials don’t plan to re-pair following the completion of the third round, opting instead on sending players back out for the final round in an attempt to finish the event on Sunday.