Woods has chance to prove himself on Sunday 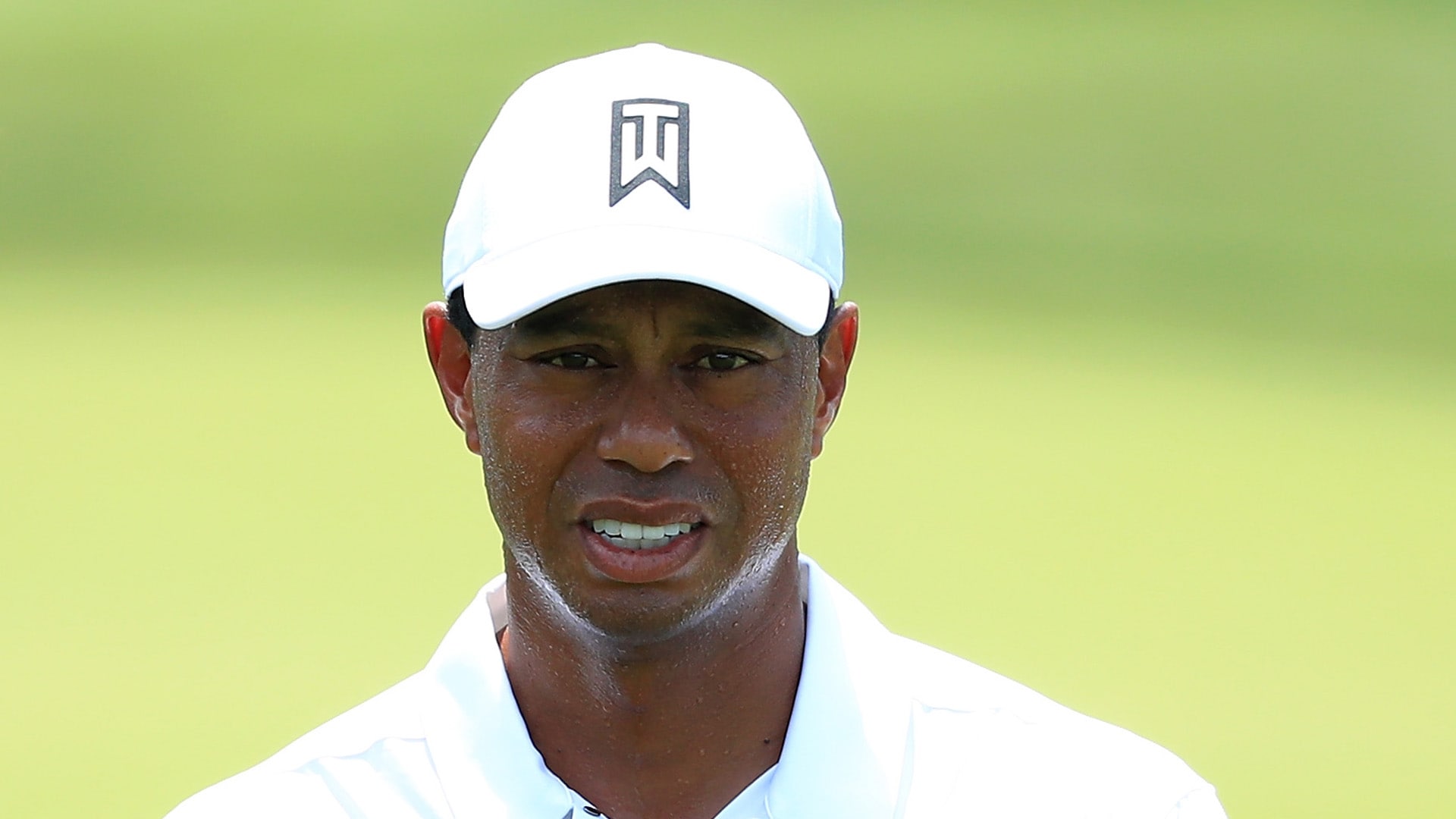 POTOMAC, Md. – Tiger Woods will begin Sunday’s final round at the Quicken Loans National within an Uber ride of the lead, poised just a half dozen notches out of the lead at an event that should have all the markings of low-hanging fruit.

However you slice up the complicated World Golf Ranking math, this week’s circus stop ranks just ahead of a rehab start for the 14-time major champion.

The field at TPC Potomac is the top 1 percent of the top 1 percent in the game and they’ve all celebrated varying degrees of success, but there’s no chance the guy who is one PGA Tour tilt away from winning his 80th event will be sitting around Saturday evening Googling Abraham Ancer’s name.

As Tiger plays his way back to something approaching his former glory, this stopover in suburbia qualifies as his best chance to end a victory drought that now stretches nearly five years. Consider that the average World Ranking strength of field (points to the winner) for Tiger’s first 10 starts this season was 68.8. The winner at the Soon-To-Be-Detroit-Open will collect 34 World Ranking points.

Winning on Tour is hard for anyone regardless of how many majors you have on the shelf, but this one is there for Tiger’s taking.

He didn’t do himself any favors on Saturday, playing his first three holes like a guy who was trying to figure out which end of the club to hold, but then something changed.

He made a momentum-saving par putt from 13 feet at No. 3 (remember when everyone was questioning his decision to switch to a mallet-headed putter this week? Yeah, that was fun.) and played his next four holes like it was 2005.

By the time he completed his torrid run of four consecutive birdies with an 8-footer at the seventh hole, the crowd had been stirred into a frenzy and darted around TPC Potomac chanting “Tiger . . . Tiger, Tiger Tiger” European style. He was one stroke off the lead and anybody this side of the Captial Beltway knew it.

It was happening. That kind of golf Tiger and those who track his every move had been waiting for, every iron crisp, every putt charged into the hole, every movement dripping with confidence and sweat.

The air came out of the celebration slowly, peeling away weaknesses that have become standard in this comeback from injury.

He missed birdie putts at Nos. 10 and 11, missed the fairway at the 13th hole and eventually missed a par putt. Everything that went so well on his outward loop now eluded him.

“It was frustrating because I played better than what my score indicates,” said Woods, who finished with a 2-under 68 that felt more like another 65 and was at 7 under. “To get it to 3 under par for the day by the turn and I had some birdie opportunities on the back nine, didn't make them and made a couple bogeys there, too, as well.

“So it was frustrating because I thought that 10 under would have been a good score for me to end up at for the day and I could have easily gotten that today on the back nine.”

Another round with so much potential, another missed opportunity. It’s been the story of Tiger’s season. It’s why Sunday will be greater than the sum of its parts.

For a moment on a steamy Saturday, the echoes were all too familiar, even for those who weren’t around when Tiger made his name on a leaderboard a reason to start taking deep, relaxing breaths.

“I just heard all the roars. [Woods] was making a lot of putts I think on the front nine, the roars were crazy,” said Ancer, who is tied for the lead with Francesco Molinari at 13 under.

Ancer was a senior in college the last time Tiger won a Tour event (2013) and Zac Blair, who is tied for second place, couldn’t vote when Woods hoisted his last major trophy (2008).

The consensus is that Tiger has lost that edge, the victim of time and age. Sunday is a chance for Woods to put that notion to the test. A chance to prove red and black on Sunday still means something.

Tiger hasn’t been his best on Sundays this season. His final-round scoring average (70.63) ranks 80th on Tour, and he clumsily pulled defeat from the jaws of victory earlier this year at the Valspar Championship and Arnold Palmer Invitational.

On both occasions, he proved himself fallible at the buzzer. At Innisbrook it was the curious decision to hit iron off the 72nd tee when he was trailing by one stroke and he lost by a stroke, at Bay Hill it was a miss-played driver off the 16th hole on his way to a tie for fifth place.

He’ll need something special on Sunday at TPC Potomac, another front-nine change that isn’t wasted by a pedestrian finish. He’ll need to be better and there’s no better chance than now to prove to everyone, maybe even himself, that his name on a leaderboard is still worth noticing.