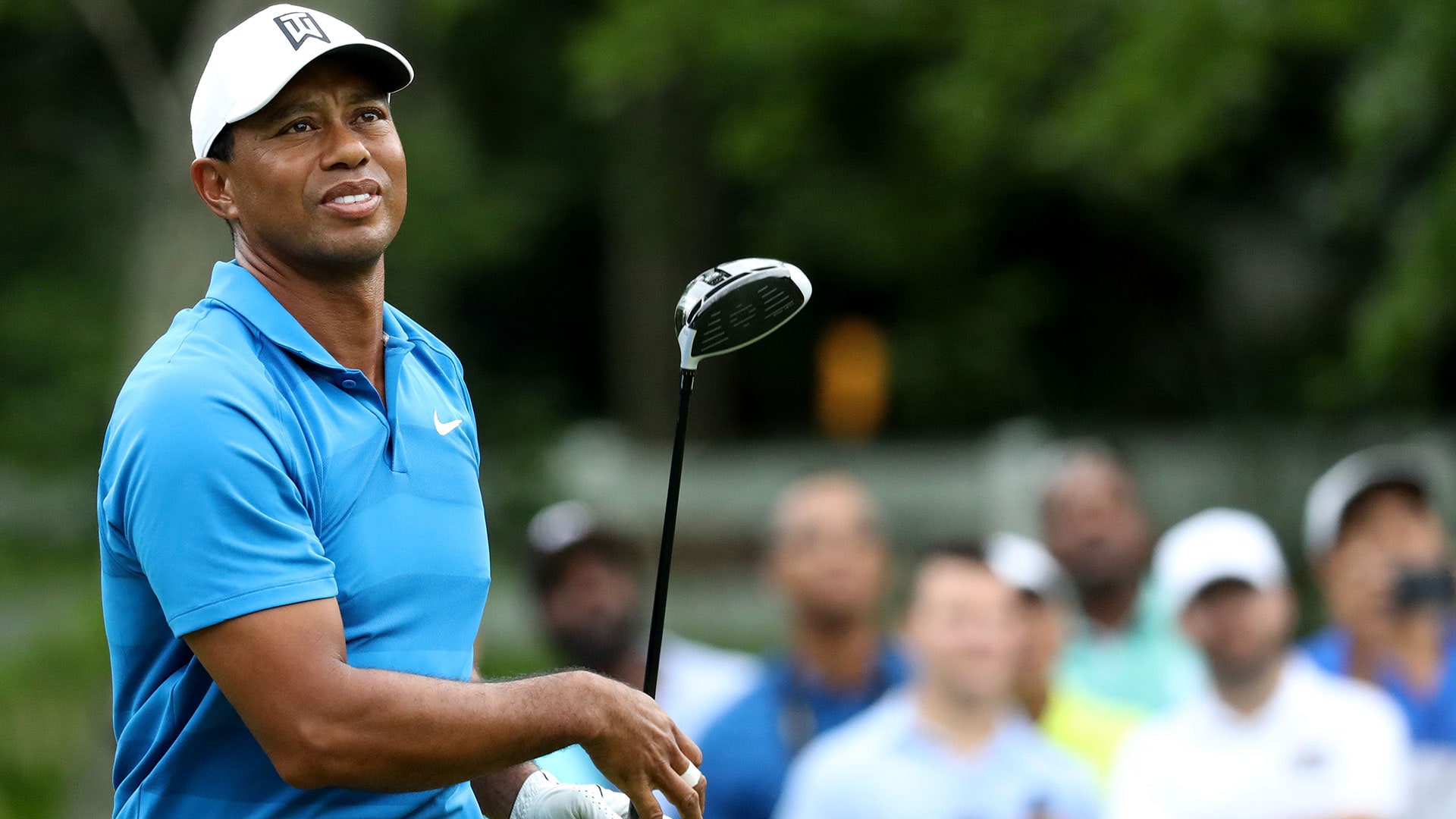 POTOMAC, Md. – With two majors, the FedExCup Playoffs and a Ryder Cup still to be played, it’s hard to imagine how this week’s Quicken Loans National could be considered a tipping point for Tiger Woods.

He has, after all, played well enough so far this season to at least qualify for the first two post-season events, if not the Ryder Cup; and by all accounts seems pleased with his progress during this current comeback from injury.

But there’s more on the line for the 14-time major champion this week at TPC Potomac than one might expect.

Although Woods’ climb in the World Golf Ranking has been nothing short of meteoric, moving from outside the top 600 late last year to 82nd, he still has plenty of work to do, primarily his quest to play the WGC-Bridgestone Invitational which will move to Memphis next year.

“I would like to get in there one more time,” said Woods, an eight-time winner at Firestone. “I know the Senior Tour's going there, or PGA Tour Champions is going there, so eight more years from now I'll be able to get a start and I don't want to wait that long.”

The top 50 players on July 23, the Monday after the Open Championship, qualify for the World Golf Championship, which means Woods would need to win this week to crack that number.

He could also make a World Ranking move at next month’s Open at Carnoustie, but given the relative strength of this week’s field compared to the year’s third major and the uncertainties of ending up on the wrong side of the draw in Scotland this week’s stop is probably his best chance to make up ground.

He could also add an event to his schedule, like he did earlier this at the Valspar Championship after missing the cut at the Genesis Open, but that’s not happening.

“I don't want to play too much, but I need to play enough,” he said. “I've got a game now that can play, so it's a matter of pacing myself through here, the Open, maybe Bridgestone, and then you've got the PGA and the playoffs are right there with the Ryder Cup on the back side, so that's a lot of golf coming up in the future.”

Without any additions to his current schedule, and assuming he doesn’t qualify for the WGC-Bridgestone Invitational or the final two playoff events, that leaves just five tournaments between now and the end of his season.

As Yogi Berra would say, it’s getting late early.

Although he’s already assured a job in Paris as a vice captain when the U.S. team looks to win consecutive matches for the first time since 1993, there’s been no ambiguity about what he would rather do – play.

At 39th on the U.S. points list, he’s certainly on Furyk’s radar as a potential team member, but his chances to be among the top 8 qualifiers is much more precarious considering the qualifying deadline is after the PGA Championship.

That leaves Woods just three more starts to qualify, or else wait to be named a pick. All things being equal, it would be a difficult argument for Furyk to make if Woods didn’t crack the top 30 in points or show some serious signs of competitive life in the playoffs.

Asked to grade this current comeback, which began last December at the unofficial Hero World Challenge with distinctly tempered expectations but has progressively become more optimistic, Woods explained that considering how far he’s come in a relatively short period of time he counts this comeback as a success.

All of these hurdles could be cleared in four days. A victory pretty much takes care of everything, although his status on Team USA in Paris would still be an interesting debate, and there’s not a better opportunity on Tiger’s dance card to secure that breakthrough than this week’s stop outside Washington, D.C.

Sleepy summer stops in late June normally don’t come with so much expectation, so much pressure, but for Woods the Quicken Loans National has the potential to be a seminal moment.