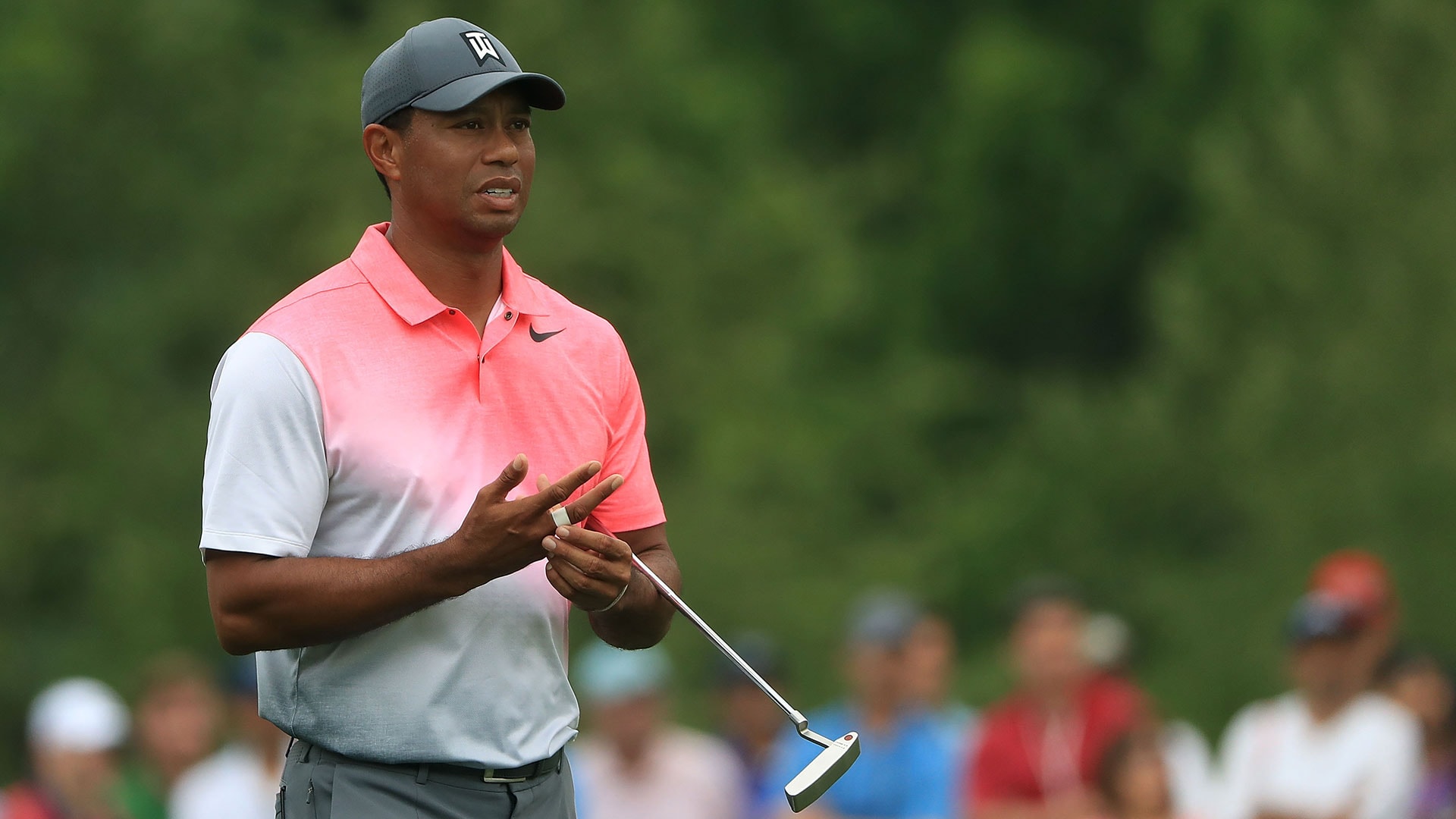 CHARLOTTE, N.C. – Saturday was better for Tiger Woods on Quail Hollow’s greens, but he still walked off the course with the nagging notion that his 3-under 68 could have been so much better.

“I was so close to shooting about 7, 8 under today,” said Woods, who three-putted the final hole from 42 feet for a closing bogey. “I still didn't have enough pace on a couple that I left on the lip. I'm close, I'm hitting the ball well enough to contend, to win this golf tournament, but I just haven't made putts.”

Woods needed 31 putts on Day 3, which was better than the 33 he took on Friday, but it still was not good enough to put him into contention on a course that was as score-able as it has been all week.

Although his strokes gained: putting improved, with Woods gaining about a half stroke on the field on the greens, he still left a birdie attempt short on No. 11 and narrowly missed an eagle attempt from 81 feet.

While that adjustment produced better results, it’s likely not going to be enough to give Woods a chance to contend at the Wells Fargo Championship with the leaders six strokes ahead when he completed his round.