Tiger on Daly's riding in cart: 'I walked with a broken leg' 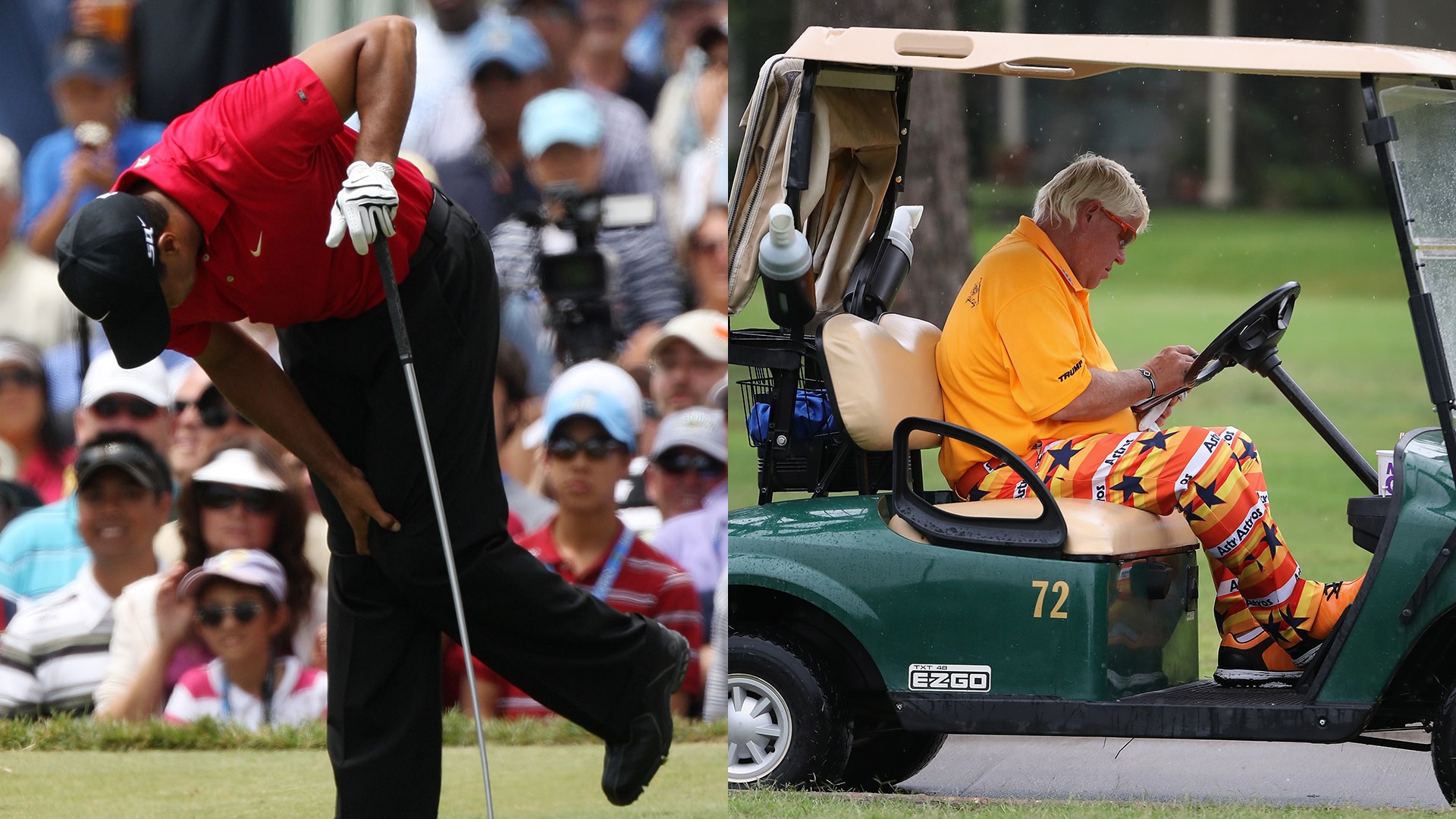 FARMINGDALE, N.Y. – Bethpage Black, site of this week’s PGA Championship, has always been considered a physical challenge as much as it is a mental test. At 7,459 yards, the sprawling layout demands much from players.

“There's a lot of property,” Tiger Woods said on Tuesday. “There's definitely going to be a component to stamina as the week goes on. Four days over a tough championship that is mentally and physically taxing takes its toll.”

Specifically, Woods was asked about the PGA of America’s decision to allow John Daly to use a golf cart during this week’s championship. Daly, who suffers from osteoarthritis in his right knee, is the first player in seven years to use a golf cart in a major championship under the Americans with Disabilities Act.

Casey Martin was the last player allowed to use a golf cart at the 2012 U.S. Open.