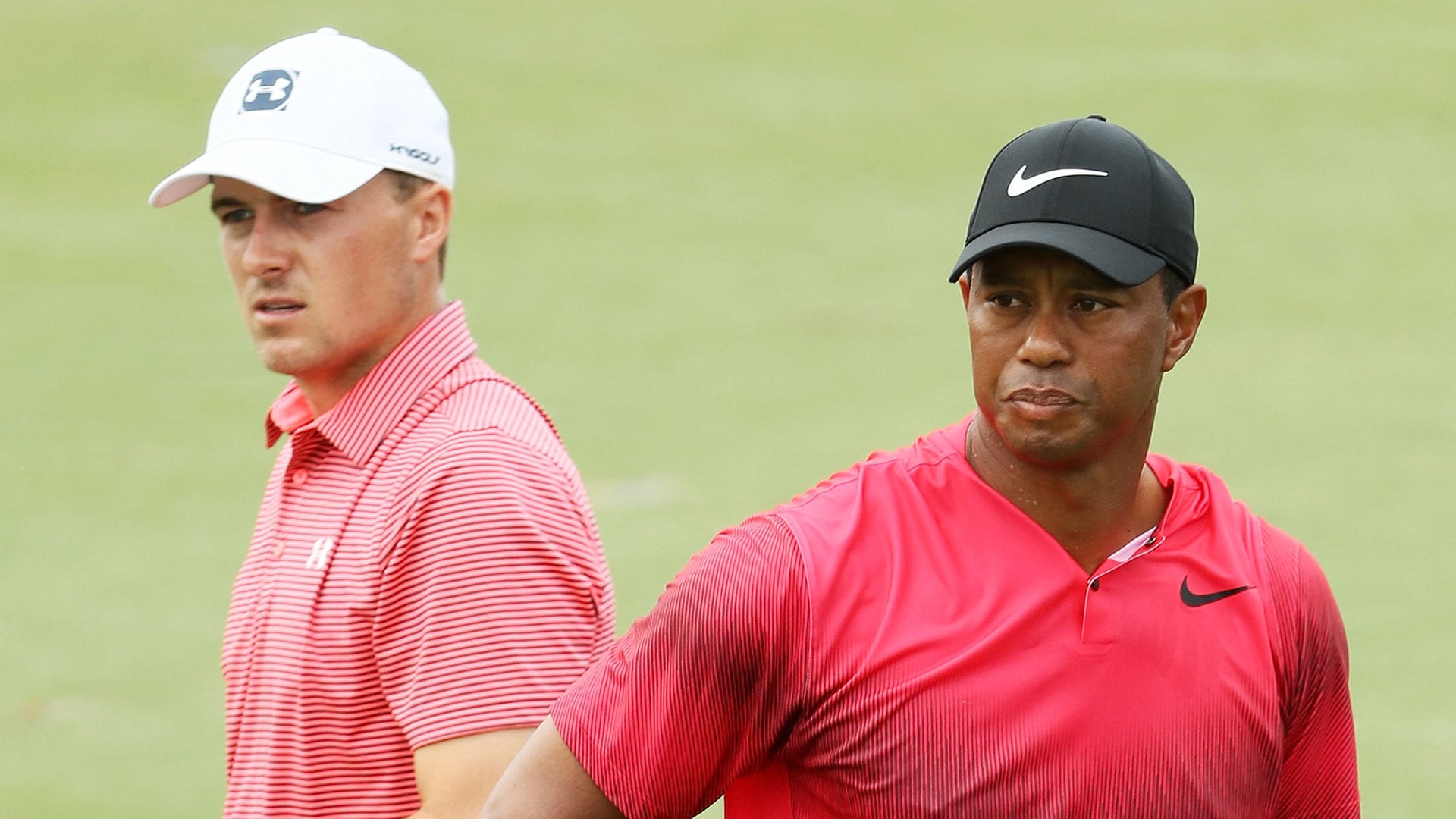 But not too big.

McDowell was among those who began preparing Sunday for the U.S. Open on a course where golf first was played in 1891, and where the U.S. Open was last played 14 years ago. He had never been out to the Hamptons - ''Only as far as Bethpage, if that's even considered part of Long Island,'' he said - and his imagination told it would be a golf course tucked in among high-end real estate, like Pebble Beach.

More than the size of Shinnecock Hills was the way it played.

''It's back to being a pure U.S. Open with serious discipline in your iron play,'' said McDowell, the 2010 Open champion at Pebble Beach. ''I don't look at it and say, 'I'm not long enough to win here.' And that excites me. I haven't seen anything that has upset me.''

Tiger Woods, playing the U.S. Open for the first time since 2015, arrived late Sunday afternoon and teed off with Jordan Spieth. Adam Scott, Rory McIlroy and Hideki Matsuyama were also on the course.

Only 19 players from the 2004 U.S. Open are back for this year's edition at Shinnecock Hills, a short list that includes Scott. Just don't get the idea that Scott needed to be reacquainted with Shinnecock. He has played what he said was a ''fair bit'' of golf, including a course-record 63 from the championship tees in 2013 (a record broken the following year by Kevin Stadler).

Shinnecock, which had fairways that averaged 26 yards wide in 2004 for the U.S. Open, went through a restoration project to widen the fairways to about 65 yards, and restore the angles and shot values architect William Flynn intended. But after wide-open Erin Hills allowed for record scoring last year - seven players finished at 10 under or better - the USGA decided to replace some 200,000 square feet of short grass with fescue to bring the fairways in to about 40 yards.

The last time Scott played was in October, right before the Presidents Cup, and right when the fairway shrinkage began.

''I played the day they were transplanting the fescue,'' he said. ''I saw that was going to happen. It's considerably wider and more generous off the tee than it was in '04. It's very fair off the tee. And it's very penal if you miss.''

That's what the USGA hopes for, especially after criticism last year that Erin Hills was far too generous off the tee. Brooks Koepka won at 16-under 272, matching the record to par at a U.S. Open.

The U.S. Open has a history of not having successive years of low scoring.

The year after Johnny Miller had the only 63 in the final round of a U.S. Open, Hale Irwin won at Winged Foot with a score 7-over par. The last time at Shinnecock Hills in 2004 was one year after Jim Furyk matched the record score (at the time) of 272 at Olympia Fields. And the year after Rory McIlroy set the record of 268 at Congressional, no one broke par at The Olympic Club.

Difference about the course 14 years later is the closely mown areas around the greens, which will cause golf balls to roll 15 yards or more away. Kevin Kisner tried a few shots behind the green on the par-3 11th by using a hybrid to roll it up the slope so deep he couldn't see the green.

''Where is that going?'' he asked his caddie, Duane Bock.

''In the bunker,'' Bock replied, reaching over with a wedge to keep the ball from rolling off the front of the green.

Kisner hit another one.

The forecast was for mostly dry conditions with perhaps not as much wind as this part of Long Island typically gets in June. But after walking the back nine Saturday evening and playing the front nine Sunday afternoon, McDowell was convinced of one thing.