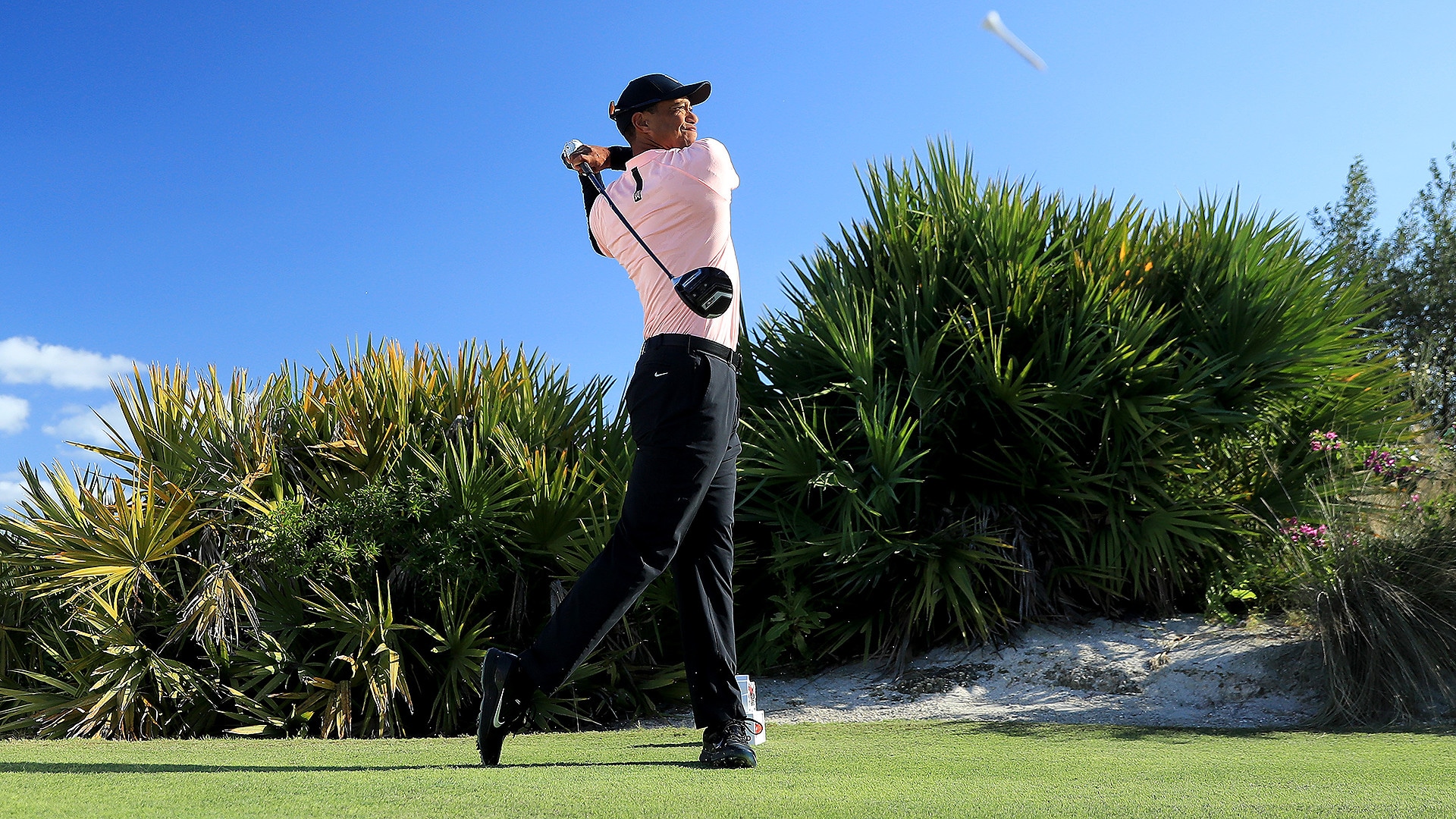 NASSAU, Bahamas – If 2018 was a “moving target” for Tiger Woods, the upcoming season appears to be something of a work in progress.

Woods’ comeback season included 18 starts, the most he’s played on the PGA Tour since 2012, and it was defined, for better and not-so-better, by a grueling stretch to finish the year that included playing seven events over the last nine weeks – culminating in a walk-off victory at the Tour Championship that was followed by an admittedly lackluster performance at the Ryder Cup.

Although Woods is notoriously reluctant to give away his schedule, his comments on Tuesday at the Hero World Challenge suggest change is coming in 2019 for Tiger’s dance card.

“The only thing set in stone is I'm playing Genesis [Open] and the four majors,” said Woods, whose foundation runs the Los Angeles Tour stop. “Other than that, we are still taking a look at it as far as what is too much. Seven of the last nine to end my season was too much. What can I handle going forward? I need to make sure that I am rested and ready to play.”

Unlike last season, when he began the year ranked 656th in the world, Woods is safely back inside the top 50 in the world ranking [currently 13th] and is assured starts in all of the marquee events. But it remains unclear if he will play his normal schedule.

Other than the majors, and most likely The Players Championship, the primary concern for Woods, and every other top player, will be a particularly condensed period during the run up to the Masters and again in July to finish the season.

The only thing that appears certain is that Woods will look to avoid those extended stretches in an attempt to be at his best when it matters the most at major championships.

“I played all my good tournaments when I had time off and I felt rested. If I didn't feel rested, I didn't play well,” Woods said. “Maybe that's just being a little bit older, but I think it's important, and playing seven of the last nine last year was too much.”

In practical terms that means Woods would start his season in January at the Farmers Insurance Open – although there is a growing drumbeat of rumors that suggest he may play the Sentry Tournament of Champions to start the year Maui, which he hasn’t played since 2005.

After the Genesis Open (Feb. 11-17) he would play the WGC-Mexico Championship the next week followed by the Arnold Palmer Invitational, The Players and the WGC-Dell Technologies Match Play before heading to Augusta National for the year’s first major.

Gone from his schedule will likely be the Honda Classic, which is now a home game for Woods and an event he’s played every year he’s been healthy since 2012, and the Valspar Championship, which he added to his schedule last year and where he finished second.

There is the possibility that Woods could swap out the Match Play, which has become an increasingly tough sell for top players in recent years, for another start, possibly the Valspar or Honda.

Woods’ mid-summer run will look familiar, with starts at the Wells Fargo Championship in early May followed by the PGA Championship, which moves to May beginning next year, and the Memorial before heading to the U.S. Open. That would be an off-off-on-off-on-off-on-off-on slate after Augusta and to Pebble Beach.

In theory, Woods will have four weeks off after the U.S. Open unless he adds a new stop, the first-year event in Minneapolis could be an option, before The Open Championship is played in Northern Ireland (July 15-21).

The top players will head directly from Royal Portrush to Memphis for what promises to be the year’s most dramatic change of scenery at the WGC-FedEx St. Jude Invitational, and unless something goes terribly wrong he would skip the Wyndham Championship to prepare for three consecutive playoff events [reminder: there are no longer four].

That would leave Woods with 17 events if the Maui rumors turn out to be more than hearsay and he plays all three post-season stops, which is a manageable number. The more important element here is he would be able to mitigate the grind of consecutive weeks of tournament golf.

Heading into the Masters he would play six events in nine weeks, and to finish the season - assuming he qualifies for all three playoff events - he would play five of six weeks. And having the Presidents Cup – where he could possibly serve as a playing captain – in December creates a much-needed break following the Tour Championship.

It’s not perfect, but considering next year’s condensed schedule, it would be Woods’ best chance to remain fresh for an entire season, something he now admits was a struggle in 2018.

At 43 years old, creating the right schedule will be the key for Woods if he’s going to sustain the momentum he created in 2018. If that means a slightly different schedule, then so be it.