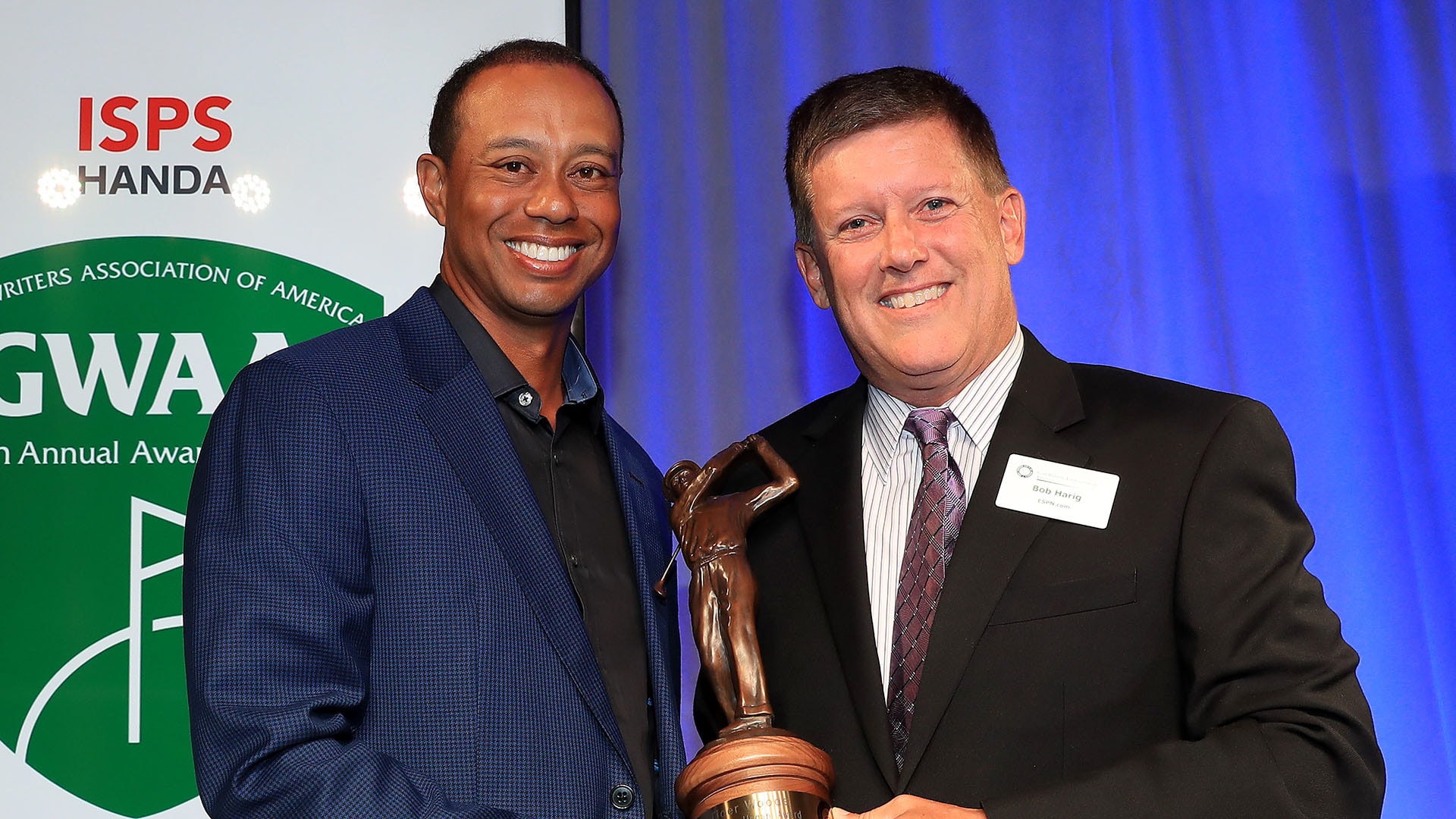 Before teeing it up in the 83rd Masters, Tiger Woods was behind the podium Wednesday evening at Savannah Rapids Pavilion in Augusta, Ga., accepting the Ben Hogan Award, the Golf Writers Association of America’s award annually given to a player who “has overcome a physical handicap or serious injury to remain active in golf.”

Woods recovered from four back surgeries, including a spinal fusion in April 2017, to contend in two majors and win the Tour Championship last season.

“Golf was not in my near future or even distant future,” Woods said, according to Golf Channel's Tim Rosaforte, who emceed the dinner in front of a room of about 300 people. “I knew I was going to be a part of the game, but playing the game again?

"I was done at that particular time."

Woods’ journey back to relevance on the PGA Tour (he enters this week’s Masters ranked 12th in the world) included the 2017 Masters Champions Dinner, where Woods fought through back pain just to attend.

“I got there and didn’t want to miss it,” Woods said. “It was tough and uncomfortable.”

Woods explained that the day after the dinner he flew to England to see a back specialist, who recommended that Woods undergo a spinal fusion. Wanting to rid himself of the pain that he was living in, Woods decided to go through with the procedure.

Woods returned to action that December at the Hero World Challenge, where he tied for ninth. But as Woods has said before, it wasn’t an easy road back. (An example: Woods’ first drive back after surgery carried “maybe 90 yards.”)

“It was not a fun time and a tough couple years there,” Woods said. “But I was able to start to walk again, I was able to participate in life, I was able to be around my kids again and go to their games, go to their practices, take them to school again. These are all things I couldn’t do for a very long time.”

Now, the 42-year-old Woods is back to collecting hardware. His GWAA win was the 12th of his career ­– he has won 10 Player of the Year awards – and has never missed a dinner in which he was being honored.

Brooks Koepka, Ariya Jutanugarn, Bernhard Langer, Geoff Ogilvy and Johnny Miller were the other winners who attended the dinner.

– Tim Rosaforte contributed to this report.