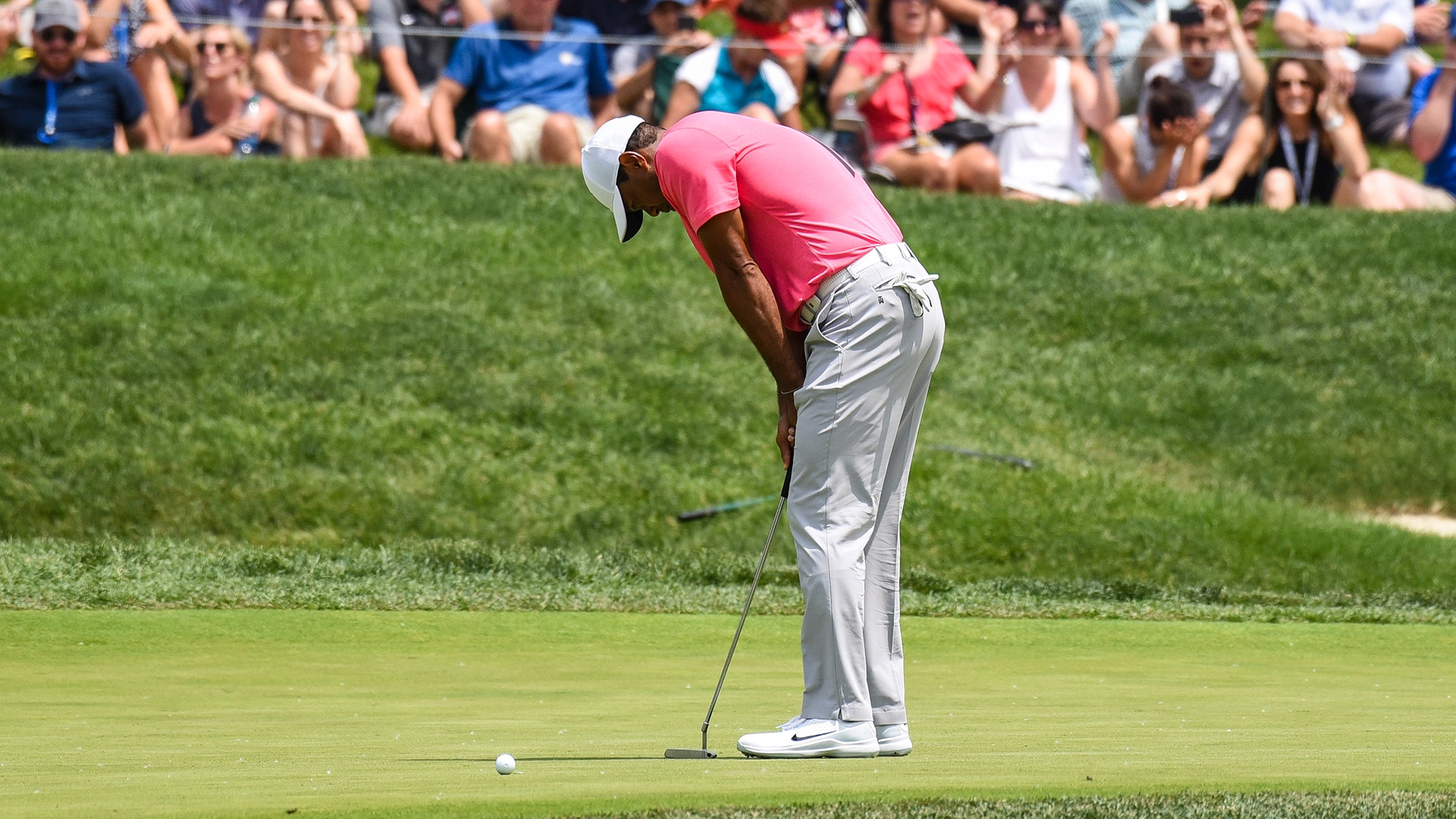 “My speed was bad on the last two holes - the last two out of three holes - and I didn't make any,” Woods said.

Although Woods needed 31 putts on Day 3, statistically he was better on the greens, losing 1.42 shots to the field in strokes gained: putting, compared to 3.68 strokes lost on Friday.

Woods said his Friday session on the putting green helped, but he struggled to maintain that consistency and finished with a 68 for a 9 under total, which was four strokes off the lead when he completed his round.

“I was releasing the putter beautifully early. Just getting the putts to turn over. My toe was moving nicely. And just didn't do it at the end,” Woods said.