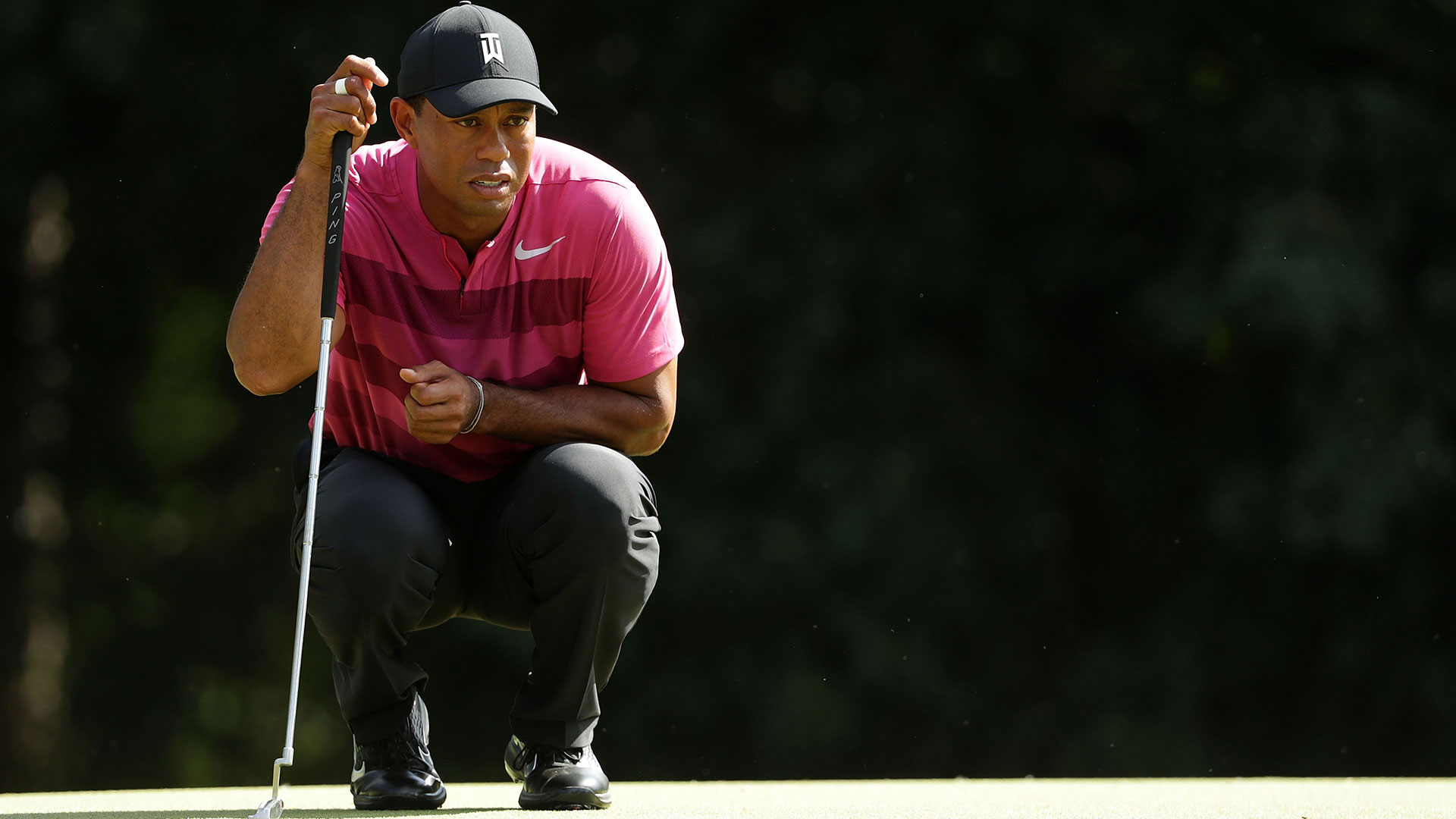 CHARLOTTE, N.C. – Perhaps Steve Stricker could be available for some FaceTime fundamentals. Or, maybe Brad Faxon could send some enlightening text messages in time for the weekend.

Whoever or wherever Tiger Woods can find answers to a putter that’s gone as cold as a Ben Simmons jump-shot he should run, not walk, in that direction.

Every golfer has bad putting days. There are even those who have endured bad putting decades, but Woods’ play on Quail Hollow’s greens the last 36 holes has been nothing short of historically ugly.

Consider that through two rounds Tiger needed 64 putts, made just three putts over 10 feet and lost 2.9 shots to the field on Friday according to the strokes gained: putting statistic (his worst round on Tour since 2012). As bad as Thursday was for Tiger, when he needed 31 putts on his way to an even-par 71, things were worse on Day 2.

After starting on No. 10, he left an 11-foot birdie attempt short, three-putted the 14th and sixth holes and converted his longest attempt of the day on the ninth, a 13-footer, for his only birdie of the day to secure himself a spot just inside the cut line.

“I'm on a hot streak right now, I made the last putt,” he offered with a wry smile.

For the second consecutive day Woods talked of bouncy, firm greens that were slower than one would expect and his inability to adjust to the conditions. This came as an explanation, not an excuse. There were plenty of players, as the statistics suggest, that have had no problem converting on Quail Hollow’s rebuilt greens.

“I've had ample time to make the adjustment to hit the putts, hit them that much harder, and I'm just struggling hitting them that hard,” Woods conceded.

Some of this can be attributed to his own institutional knowledge. The last time Woods played the Wells Fargo Championship was 2012, long before the club began digging up holes and taking down trees in the run up to last year’s PGA Championship.

The course that Tiger won on in 2007 is long gone, but the memories remain. For Woods this can be both blessing and curse. At Augusta National, this kind of institutional knowledge is invaluable, but when a course has been altered as much as Quail Hollow those familiar lines and feelings can betray a player.

“I remember a lot of my putts I've hit from years ago, sometimes even over a decade ago. I can remember putts on certain greens and what they do, tendencies, especially in practice and at home, remembering the putts I would have to certain pins, going through the golf course in my head,” he explained. “When they change greens, I putt a lot on memory. I have a pretty decent memory.”

It at least partially explains how the guy who gained 9.47 shots for the week on the greens in ’07 is now giving 4.12 shots back this week.

What it doesn’t clarify is how the player who carved out a Hall of Fame career being able to adjust so quickly in the heat of the moment now seems to struggle with the mid-round mental pit stop. In his prime, no one was able to turn things around like Tiger, but as this most recent comeback progresses it’s become the wet blanket that’s spoiled many a party.

And these lapses go well beyond one area of the game.

At Torrey Pines, his first start in an official PGA Tour event following fusion surgery on his lower back last year, he hit just six of his last 28 fairways on his way to a tie for 23rd and he wasn’t much better when he missed the cut at the Genesis Open.

“We could all see how bad I was driving it,” he said in Los Angeles.

As his driving improved during the Florida swing, a new ailment came up at the Masters, where he struggled with his irons and he hit just 21 of 36 greens in regulation through his first two rounds.

“I didn't hit my irons very good. I drove it great on the weekend, but I kept hitting the ball poorly and if I did hit a green, I hit it above the hole, I hit it in the wrong spot. I had defensive putts for most of the days,” he said earlier this week. “I need to be more precise and I wasn't.”

And now his putter has gone walkabout. It’s a frustrating scenario for any golfer, particularly for Woods who has proven himself capable of either finding a quick fix on the fly or making the most of what he has.

There was a flashback moment on Friday following his second-round 73 that left him tied for 61st at 2 over. For the second consecutive day, Woods completed his media duties after the round and marched directly to the practice putting green.

The answers may not come as quickly as they once did, but it is encouraging to see he’s as dedicated as ever to finding them.