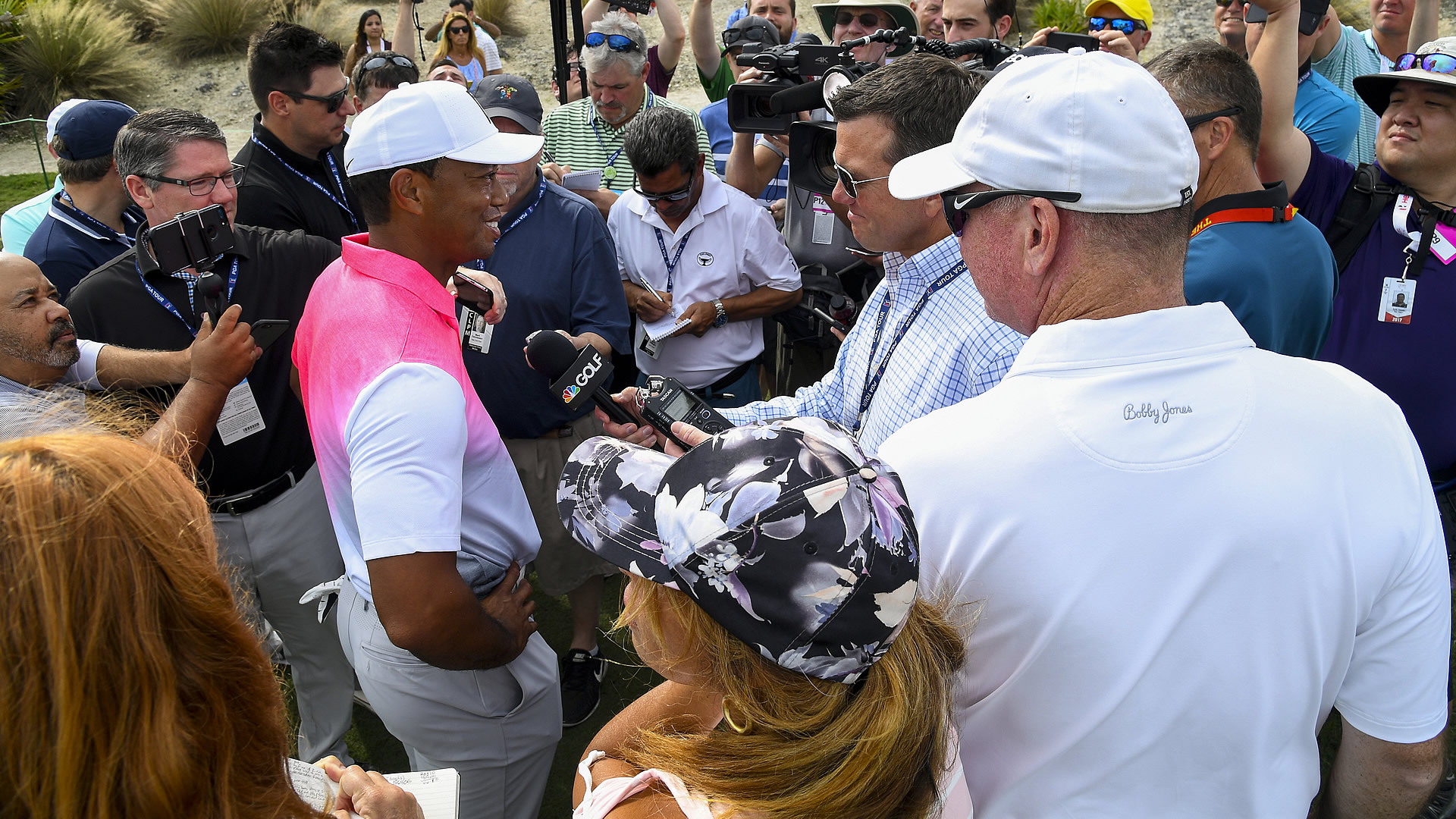 On Tuesday, Justin Thomas shared that Tiger Woods asked him two weeks ago if he’d like to be paired with Woods during the first round of the Hero World Challenge, which begins Thursday at Albany. Thomas told Woods he needed to think about it for a few days before accepting the offer.

Sure Thomas is the reigning PGA Tour Player of the Year, but he’s still excited to get a front row seat to see the man who created many of his most vivid childhood golf memories. Thomas is also keenly aware that the game wouldn’t be as healthy as it is if Woods hadn’t won 79 Tour events and 14 majors.

“But I’m also looking forward to trying to kick his a**, to be perfectly honest,” Thomas said.

On Wednesday, Woods was asked after his pro-am round if he had heard Thomas’ comments and if he had any comments in return.

“There’s nothing wrong with that,” Woods grinned. “It goes both ways.”