Woods on his back: 'No issues at all, none' 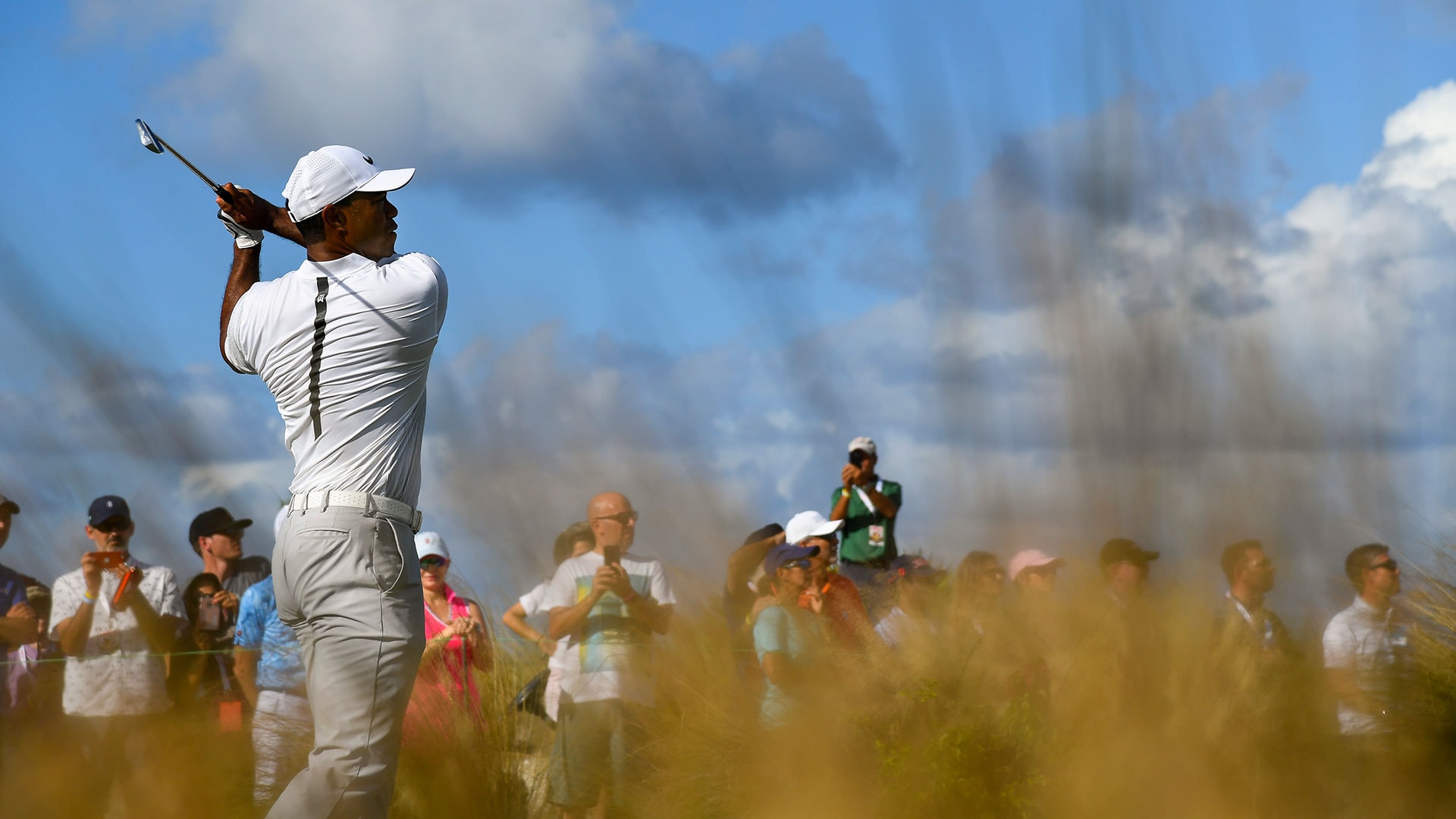 NASSAU, Bahamas – Rounds of 69-68 at the Hero World Challenge suggest, at least anecdotally, that Tiger Woods is ready to compete again on the PGA Tour, but there may be a much more important test this week.

How Woods’ surgically fused lower back would withstand 72 holes was arguably the biggest unknown this week at Albany, and after two days the results are encouraging.

“No issues at all, none,” he said when asked how his body is holding up. “That's one of the reasons I went out and played nine straight days before. My body's accustomed to playing. It's a little different playing obviously tournament golf with tournament speed and hitting certain shots, but the body's good.”

In the last six days, Woods rode 18 holes in a golf cart (Sunday), walked nine (Monday and Tuesday) and played an 18-hole pro-am round on Wednesday. He also spent extra time on the range after each of his practice rounds, another indication that his surgery and recovery are progressing.

Woods, who is tied for fifth place, seemed to take almost as much confidence from his ability to withstand the rigors of tournament golf as he did his score.

“I haven't had a fused back before in my life. These are all new things,” Woods said. “As you can see that even with the fused back, I still have some speed out there and these are all things I've had to learn and will continue to learn. This is a new body that I'm getting used to.”

The last time Woods played 72 holes of tournament golf was at last year’s Hero World Challenge, where he finished 15th.