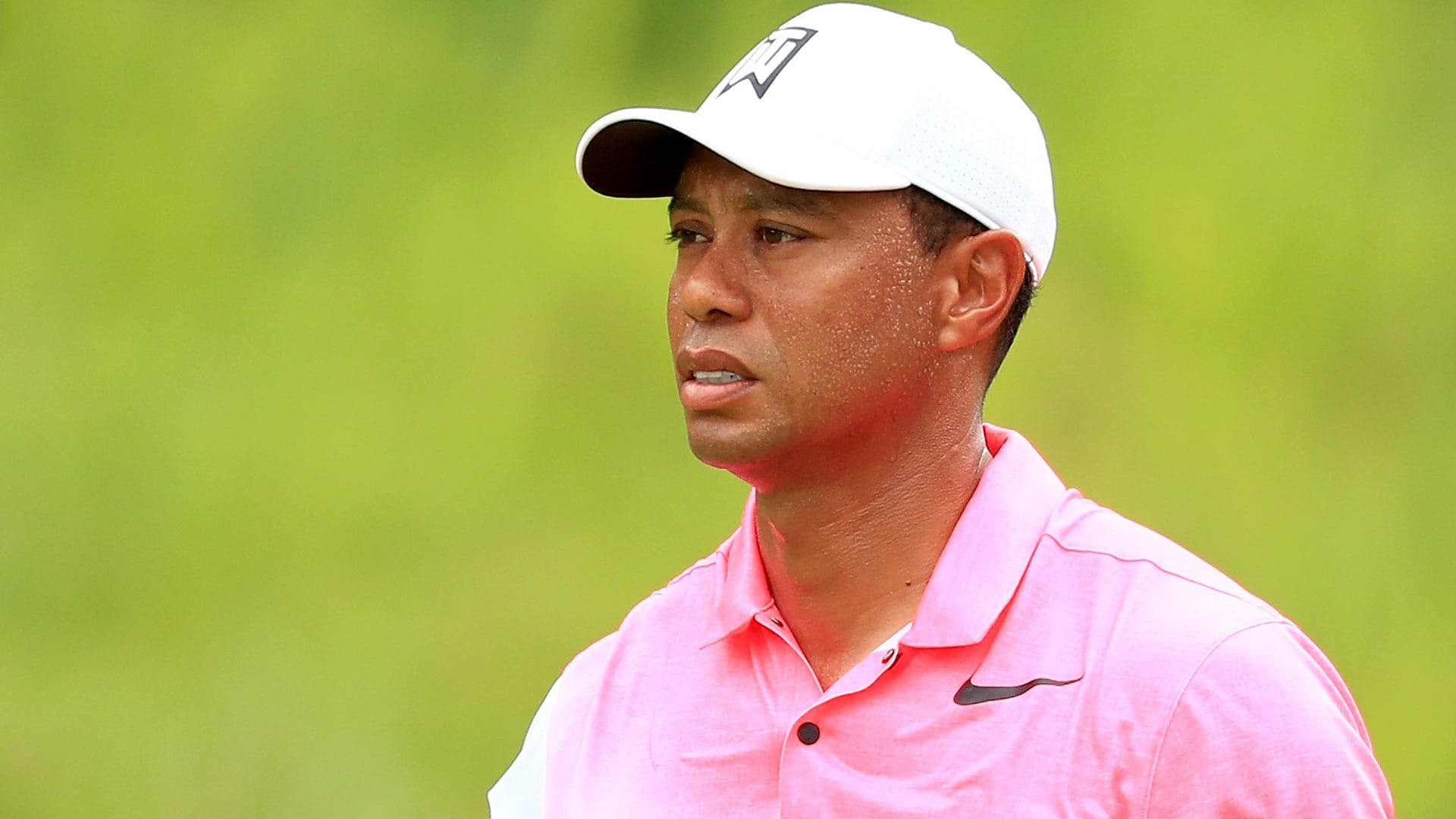 POTOMAC, Md. – At his core, Tiger Woods really isn’t that different from the rest of us hit-and-hope types.

Sure he has 14 major championships, 79 PGA Tour victories, a house with it’s own zip code in south Florida and a 155-foot “dinghy” he likes to tool around in; but when it comes to this complicated game that’s made him famous the DNA is easily recognizable.

He’s made a World Golf Hall of Fame career out of switching swing coaches and he’s never been shy to try something new if it might give him an extra few yards or a tad more consistency.

He’s changed drivers, wedges (every two to three weeks, actually) and still seems to be searching for just the right set of irons. Whatever it takes to get better.

“Most of the guys out here are using mallets now. It's very interesting,” Woods explained this week. “They're using more technology in their putters. I went to more technology when I was with Nike.”

The only real difference on this front for Tiger is when he starts thinking it might be time for a fresh look on the greens, like he did this week at the Quicken Loans National. That trusty Scotty Cameron Newport 2 has been with him through so much, both inspiring victories and crushing defeats, historic runs and, at least in recent years, the most pedestrian of performances.

Benching the Cameron for something shiny and new - a TaylorMade TP Collection Ardmore 3 - was like turning your back on an old friend, and the reaction across the golf world was cautiously mixed. Doing the same thing over and over expecting different results is the definition of insanity, and after a collection of awful putting performances in recent weeks maybe change was the right call ... but the Cameron?

There will be those who will oversimplify Thursday’s opening 70 at TPC Not Congressional, those who will lean into the clichés that it’s not the tool it’s the workman. Those hot takes will, of course, ignore the facts.

Woods needed 29 putts on Day 1 to cover 18 holes, ranked 94th out of the field of 120 in strokes gained: putting and didn’t make a putt longer than 9 feet. But if we’re being honest here, it shouldn’t be that fancy new Ardmore putter that suffers the slings and arrows of Tiger’s anger.

Simply put Tiger just didn’t give himself enough chances on a hot and humid day, and when he did the collective - as it normally does when it comes to Woods - had the perspective blinders firmly affixed.

From a more objective point of view, Woods didn’t have a three-putt on Thursday and converted some key attempts, not that his legion had any interest in perspective.

Woods converted from 6 feet for par at the 11th after a wild drive and chip-out on what was the circuit’s toughest hole in 2017, and rolled in a 9-footer for birdie at No. 16.

“I had good putts that just didn’t go in, which is fine,” said Woods, who finished his day tied for 49th. “I hit the line I wanted, and I hadn’t done that in a while.”

Woods explained that he’d mulled the idea of switching putters since missing the cut at the U.S. Open, torn between his record, he’s 89th for the season in strokes gain: putting, and a method of putting that he learned from his father, the late Earl Woods, and the notion that great putters historically don’t change flat sticks.

Ben Crenshaw didn’t. Brad Faxon didn’t. They found a magic putter and stuck with it through thick and thin.

Let the handwringing begin. Maybe even Tiger will allow himself to doubt his decision, he does have the trusty Cameron with him this week. But there’s nothing wrong with Woods’ game at the moment that some overall consistency can’t remedy.

The fact is Tiger just didn’t hit the ball well enough to make any sort of fair assessment of his putting on Thursday. His driving wavered between decent and downright defective, the latter leading to a double bogey-6 at the sixth hole after a particularly nasty snap hook, and he was 35th in strokes gained: tee-to-green.

“I hit a lot of good shots starting out,” he said. “Overall it was a good day, but not the day I wanted.”

Deep down Tiger is much like the rest of us, a golf geek always searching for answers and clinging to eternal optimism. In his prime, he probably could have won most weeks playing a starter set of clubs from a nearby garage sale.

Whether he returns to something close to those lofty heights isn’t contingent on what putter he has in the bag, it depends on his ability to pull all of the pieces of his game together at the right time.