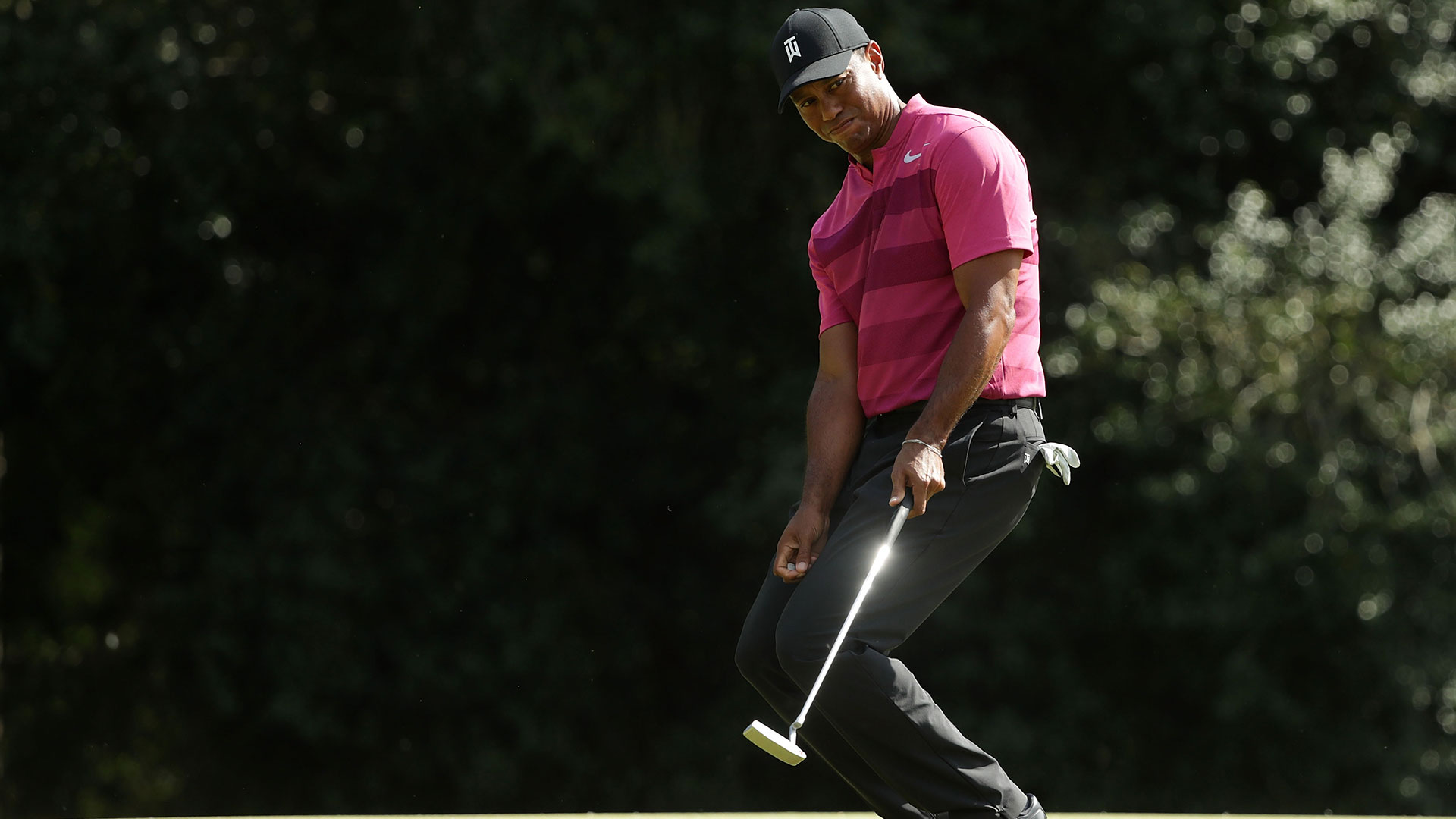 CHARLOTTE, N.C. – Tiger Woods’ opening round at the Wells Fargo Championship could be wrapped up by just a few moments.

All total, Woods needed 31 putts on his way to an opening 71 that left him six strokes off the lead. His putting woes included multiple missed putts from inside 5 feet in a round for the first time since 2015 and a strokes gained: putting average of negative 1.08 shots.

“Just struggled with the speed of the greens. They're on the slower side. They feel springy and they feel fast, especially as I'm walking on them, but they're not putting that way,” Woods said. “What I was feeling and sensing just didn't match up.”

His putting troubles became even more evident late in his round when he three-putted from 15 feet at the 16th hole and needed to convert a 17-footer for par at No. 17 to keep from slipping over par for the day.

Following his round Woods went to the practice putting green to work on his pace, but he was confident he could turn things around before teeing off early Friday for the second round.

“I've always been a pretty good putter all of my career, that's something I've never really worried too much about,” he said.