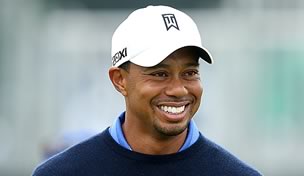 After tying for third at the British Open, his best finish in a major in nearly three years, Tiger Woods has taken over the top spot in the Ryder Cup standings. (Click here to view European standings.)

Following the PGA Championship on Aug. 12, eight players will automatically qualify for the U.S. team, captained by Davis Love III. After the Open Championship, here are the top eight in the standings (with points earned and last week’s position in the top eight in parentheses):

Love also has four wild-card selections he will make in September. Here are some current notables:

9. Keegan Bradley: The reigning PGA champion hasn’t finished better than T-24 in his past 10 starts, dating to the Masters.

10. Rickie Fowler: Despite having a solid record in his two previous starts at the British Open (T-14 and T-5 in 2010 and 2011, respectively), Fowler never broke par at Royal Lytham and finished T-31.

11. Brandt Snedeker: Made the biggest move of those not currently in the top 8, moving from 19th to 11th. Sneds showed a lot of potential with his stirring play at the Open, leading to a T-3, and his streakiness with the putter sets up well for match play.

12. Dustin Johnson: The long-hitting Johnson tied for ninth at the Open, his best finish since a victory at the St. Jude Classic in June.

13. Steve Stricker: Dropped two spots in the rankings after a T-23 at Lytham. Hasn’t finished outside the top 25 in his past four starts.