Woods thanks JT, DJ, Rickie, Rory, Berger for their help 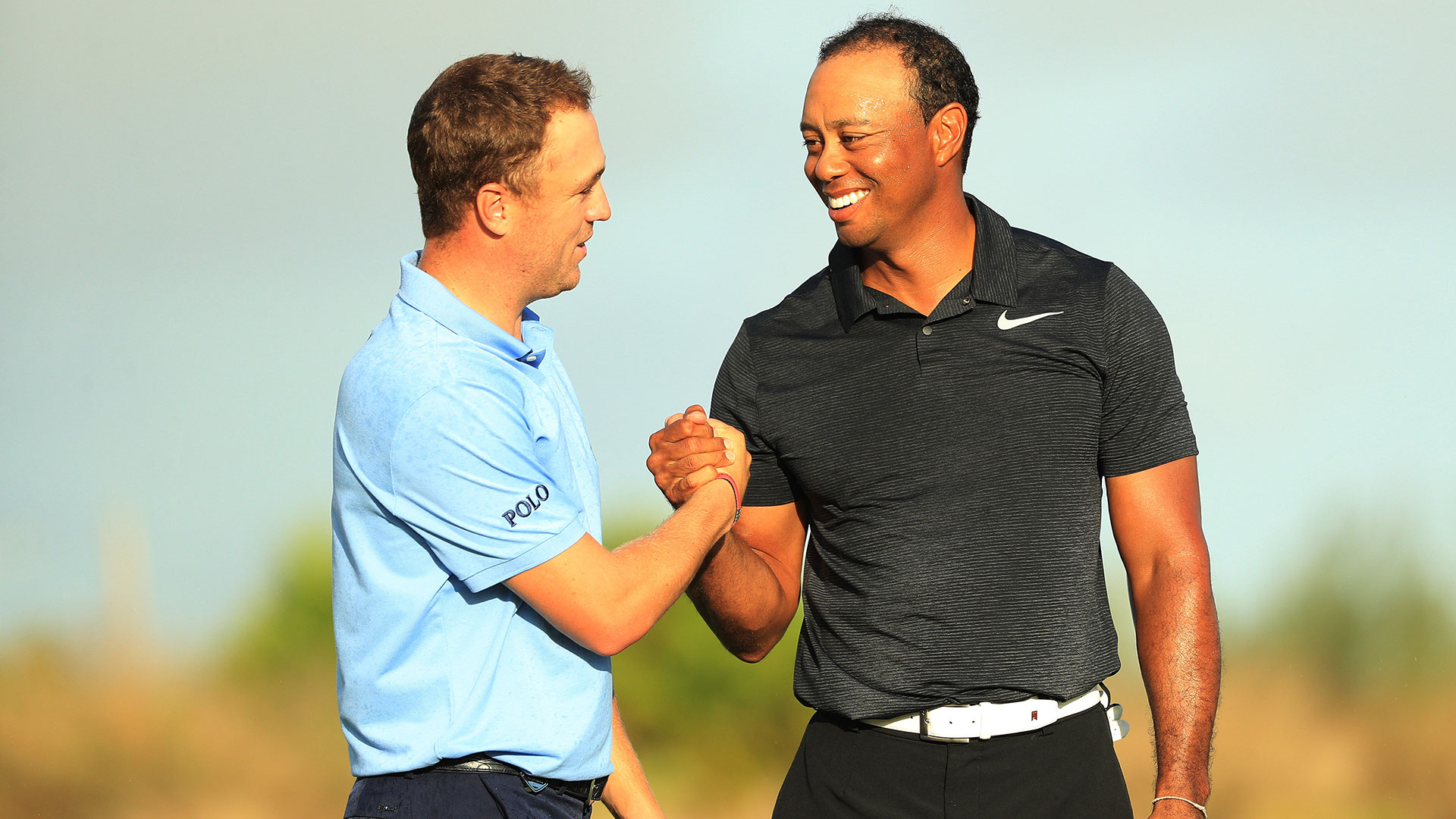 NASSAU, Bahamas – Tiger Woods has appeared in great spirits all week. From his practice rounds to the pro-am to the first round, Woods seems truly happy to be walking back inside the ropes with his PGA Tour brethren.

On Tuesday, Justin Thomas, the reigning PGA Tour Player of the Year, was asked about Woods five times before he was asked a question about himself.

And on Thursday, after matching Woods’ opening 69, Thomas walked to the assembled media and asked a question of his own: “What do you want to talk about?”

He knew the Woods questions were coming, and he was more than happy to answer them.

It’s been more of the same from everyone here at Albany.

“I just want him to come here and play solid golf and be healthy and feel good where he’s going to be able to go play some of the West Coast to start the year,” Rickie Fowler said.

Matt Kuchar, who has shared a number of U.S. team rooms with Woods, was asked if he spent any of his day peaking at leaderboards to check on Tiger.

"Absolutely, we wanted the Tiger Woods update. On every hole we were trying to find an update," said Kuchar, who played alongside Jordan Spieth. "We were asking some of the microphone guys for an update. Certainly I think everybody was excited and couldn't wait to see how he would do."

After his round, Woods credited some of his South Florida tour pro buddies with helping him get ready to play this week. You could tell it meant a lot to him that the younger guys, those who looked up to Woods for the past 20 years, were willing to push Woods in any way possible.

“The guys have been great, from JT to Berger to Rory to all the guys, Rickie, DJ,” Woods said after his opening round. “I played with all of them, and they’re all trying to help me. They’re all texting me, ‘Come on, let’s go out and play. Let’s go play for some dollars and have a good time.' They really want to help me and come back and play."

One thing Woods specifically needed help with was club distances. So he used Fowler as a measuring stick.

“I didn’t know how far I was hitting clubs,” Woods said. “When I left the game, I was much shorter than Rickie and next thing you know I’m about the same length. So it was nice to be able to play rounds of golf with those guys.”