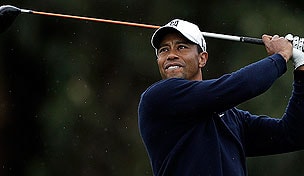 First, a disclaimer: The seeding for the 64-man WGC-Accenture Match Play Championship is destined to change. In fact, it’s almost guaranteed, with 12 of the top 20 players in the world teeing it up this week at Riviera.

The field may be set (barring withdrawals), but the final bracket won’t be unveiled until next Sunday, when the Official World Golf Ranking is updated following the final round of the Northern Trust Open.

Still, it’s fun to forecast. And if the seeding stays the same – again, it won’t happen – here are a few intriguing first-round matchups. (Reminder: No. 10 Phil Mickelson has already announced he will not play. Also, click here for details on Golf Channel's Bracket Challenge)

Yes, the two are good friends, but McIlroy should be more motivated than ever. After a dismal performance in Abu Dhabi, and in only his second start with new Nike equipment, McIlroy needs as many competitive reps as he can get in Tucson. Lowry won the Portugal Masters in December, but he’s missed the cut in three of his last four starts. Rory should at least make it to Thursday. We think.

This could change if CH3 has a good week at Riviera, but selfishly, golf fans should hope this match comes to fruition. Tiger has made only one PGA Tour start this season, and it was a dominating performance at Torrey Pines. Howell, however, played his way into the Match Play field on the strength of three top-10s in four starts. Few players have the firepower to hang with Tiger in Round 1. Howell is one of them.

Little wonder Phil Mickelson didn’t want to tee it up at the Match Play – he would have drawn the Sony Open winner in the first round! Next in line is Poulter, the match-play maven, who is making only his second start this season and first since the opener in Hawaii. Poults has been fine-tuning new equipment during the “offseason,” and he’ll need to be sharp to take down Henley, who has already established himself as one of the premier putters on Tour.

Duf could have his hands full with Sterne, who earned his way into the field with a Joburg Open victory and is one of the hottest golfers on the planet. In his past three starts, the South African has gone seventh-second-first. Coming off his first missed cut in 22 starts, Dufner can’t take his Round 1 opponent lightly.

No. 19 Graeme McDowell vs. No. 48 Padraig Harrington

Another tough draw for the higher seed, especially for a guy like G-Mac, who is making his season debut this week at Riviera. Before missing the cut at Pebble Beach, Paddy hadn’t finished worse than 23rd in his past four starts worldwide, with three top-10s. Upset alert.

This is a simple case of who’s hot and who’s not. The Big Easy has only one top-10 in 14 starts since winning the Open, while the 25-year-old Australian has a pair of top-10s in three starts this season. A win here by the higher-seeded Els would be the upset, no?