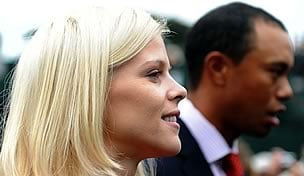 ABU DHABI, United Arab Emirates – A day that featured an opening 72 in his first competitive round of the year only became more disheartening for Tiger Woods when he faced the media at the Abu Dhabi HSBC Golf Championship.

Amid questions about his first round Woods was asked about a report that appeared in the National Enquirer this week that claimed the world No. 2 has offered his ex-wife Elin Nordegren, who is rebuilding a house near Woods’ South Florida home, a $200 million pre- nuptial agreement if she will remarry him.

“I am not going to comment on my private life,” Woods told reporters in Abu Dhabi on Thursday.

Woods and Nordegren were divorced in 2010 following revelations of his serial infidelity.