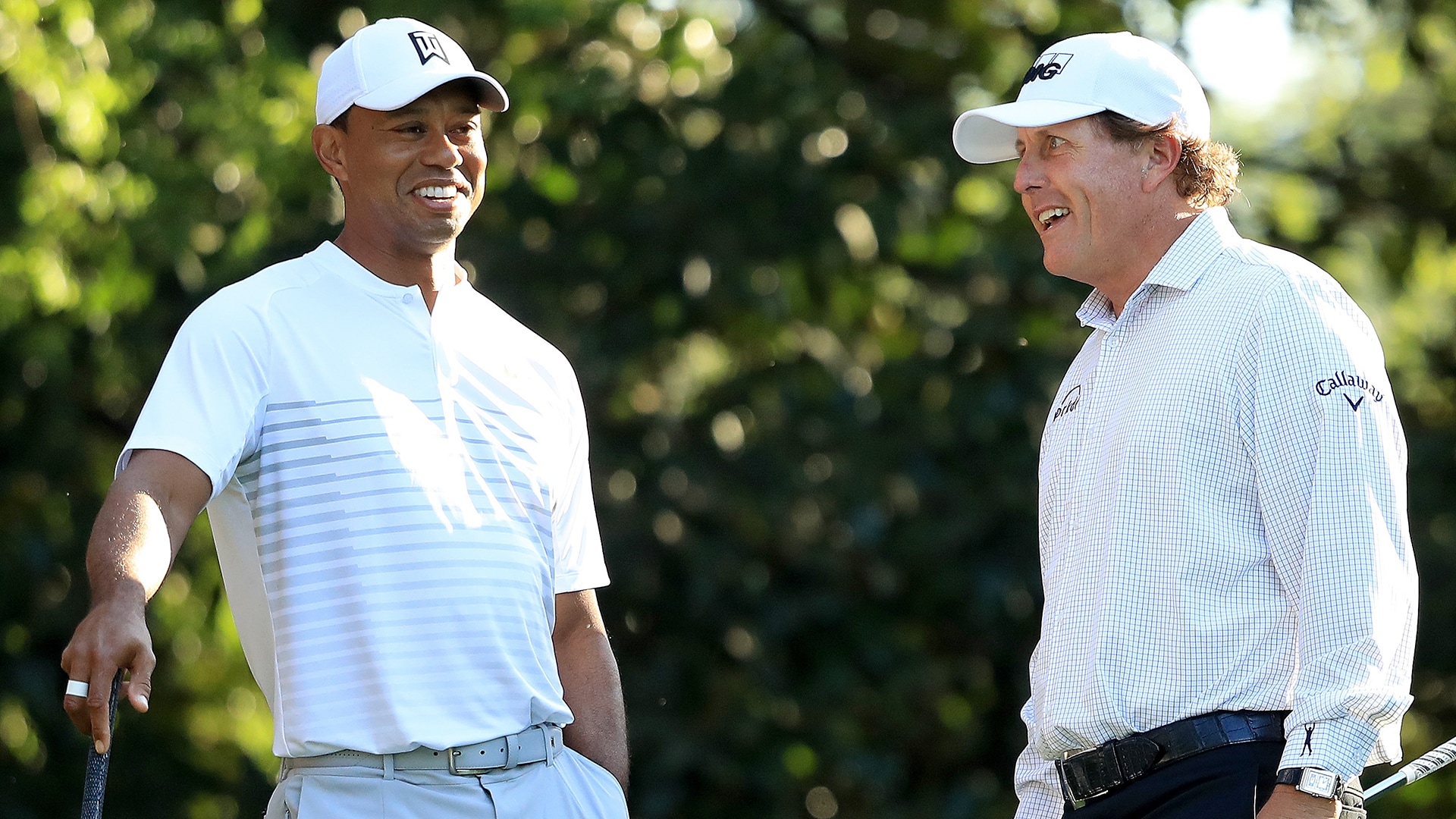 PONTE VEDRA BEACH, Fla. – Hours after Phil Mickelson floated the idea of a “winner take all” match between two of the game’s greatest players, Tiger Woods enthusiastically embraced the possibility of going head-to-head with one of his playing partners this week at The Players Championship.

Woods and Mickelson will be joined by Rickie Fowler for the first two rounds at TPC Sawgrass, an alignment that has sent the wheels of nostalgia spinning. Woods and Mickelson haven’t played together competitively since the 2014 PGA Championship, and they haven’t been in the same group on the Stadium Course since 2001.

Mickelson was the first to the microphone in the media center Tuesday, where he broke into a wry grin while discussing his pairing with Woods, who in recent years has apparently evolved from rival to friend.

“It gets me thinking, why don’t we just bypass all the ancillary stuff of a tournament and just go head-to-head and just have kind of a high-stake, winner take all match,” Mickelson said. “Now, I don’t know if he wants a piece of me. But I just think it would be something that would be really fun for us to do, and I think there would be a lot of interest in it if we just went straight to the final round.”

When apprised of Mickelson’s comments from earlier in the day, Woods could barely resist getting in a not-so-subtle dig by calling scoreboard on the five-time major champ.

“Well first of all, big picture,” Woods said. “How many times have we both won on Tour?”

That count would be 79 for Woods against 43 for Mickelson, numbers of which both parties are keenly aware. Given that they are Nos. 1 and 2, respectively, on the Tour’s career earnings list (Woods $111 million, Mickelson $87 million) it might take a few bucks to make their match interesting.

But while Mickelson is well-known for his penchant for on-course wagers, Woods appears ready and eager to step to the tee in a head-to-head setting.

“I’m definitely not against that,” Woods said. “We’ll play for whatever makes him uncomfortable.”