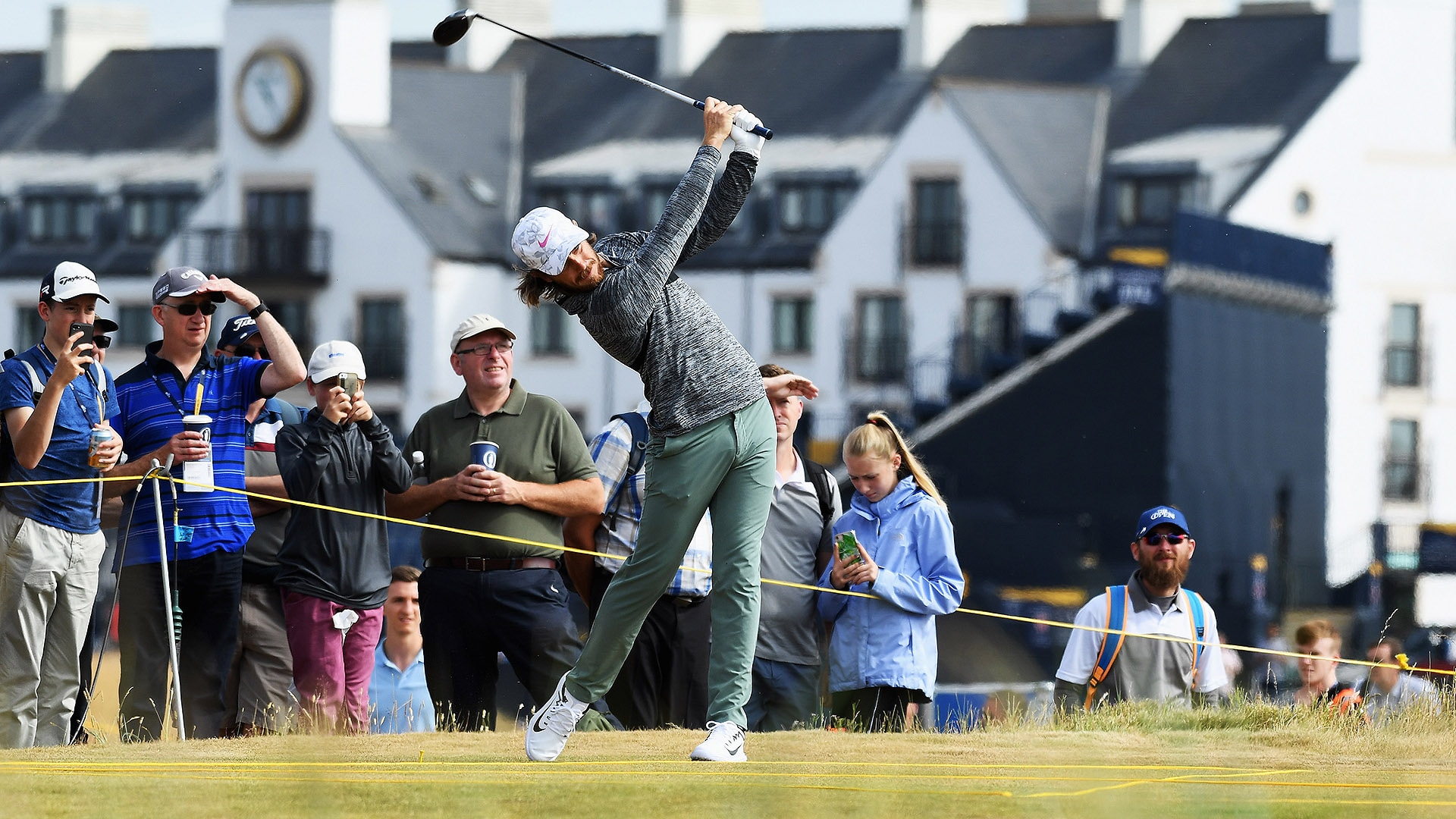 CARNOUSTIE, Scotland – Tommy Fleetwood holds the competitive course record at Carnoustie, but he’s skeptical that his past experience will help him at The Open.

Last fall, in the European Tour’s Dunhill Links Championship, Fleetwood birdied six of his last eight holes to card a bogey-free, 9-under 63, the lowest score ever at what is widely considered to be the most difficult course in the Open rota.

No one expects a repeat this week at Carnoustie – not with the conditions this brown, firm and fast.

“It’s a completely different course,” Fleetwood said Monday. “Shots that you’ve hit have literally no relevance for a lot of it.

Fleetwood took a much-needed two-week break after the French Open, deciding to withdraw from last week’s Scottish Open for a bit more time in his own bed. (He said it was his last full week at home until mid-October.) Since his sparkling 63 to nearly steal the U.S. Open, the Englishman said that he’d “run out of steam” but now feels energized.

“There’s not really a good reason why I couldn’t do it (this week),” he said. “It really doesn’t matter what’s happened in the past. The only thing they could do is build your confidence and give you examples of what you can do – examples that you can end up there, and you have the game to compete.”