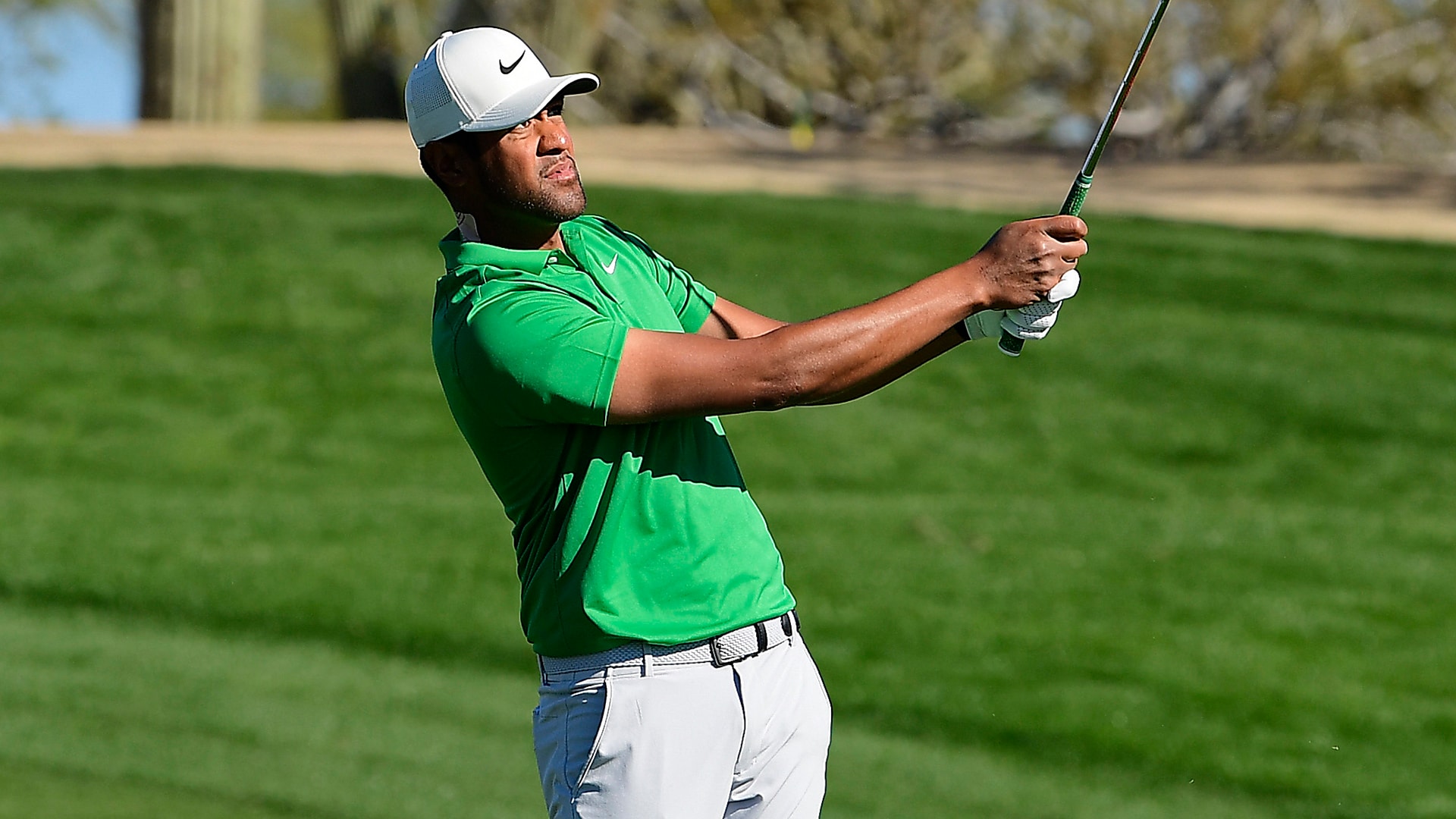 Tony Finau catapulted to the top of the leaderboard Saturday at the Waste Management Phoenix Open thanks to a bogey-free, 9-under 62 at TPC Scottsdale. Looking for his first win since 2016, Finau will take a one-shot lead over Webb Simpson into Sunday's final round. Here's how things played out on Moving Day:

What it means: Believe it or not, Finau has just one PGA Tour win to his name which came nearly four years ago at the Puerto Rico Open. But after a big charge on Moving Day, Finau is in position to end the drought, and what a place it would be for him to do it here. He and his family just moved to the Scottsdale area, where earlier this week he noted how much he enjoys playing in his new hometown, and it has certainly shown. With just one bogey on the week, Finau is down right torching TPC Scottsdale. There is no reason to think that will change Sunday afternoon.

Round of the day: Finau carded his second bogey-free round of the week, but this one was much sweeter than the 5-under 66 on Friday. On the marquee day at the Waste Management Phoenix Open, Finau unleashed a 9-under 62 that included an eagle on the par-5 13th and a birdie at the signature par-3 16th for the second straight day, while sporting his Kobe Bryant Lakers jersey.

Best of the rest: No question a bogey-free 62 is extraordinary, but a handful of players signed for an impressive 7-under 64 on Saturday. Webb Simpson, Mark Hubbard, Max Homa and Luke List each vaulted up the leaderboard, with Simpson sitting just a shot back of Finau for the lead. Simpson is eyeing his first win on Tour since taking home the title at The Players in 2018.

Biggest disappointment: Though not a household name just yet, Wyndham Clark spent much of Moving Day moving in the wrong direction. The Oregon product was T-2 heading to the weekend, but struggled out of the gate Saturday with two bogeys to begin his round, and then added another at the par-4 ninth. Add another bogey to the list at No. 11 before finally notching his first birdie of the day at the par-5 13th. Clark finished with a 3-over 74 to drop all the way down to T-16 and seven back of the lead.

Shot of the day: They say one is the loneliest number, but that doesn't apply on the golf course. After quickly picking up his tee at the par-3 12th, it seemed like Simpson was expecting a ho-hum result, but it quickly turned north on him and found the bottom of the cup for his first ace in the big leagues.