On top in Napa, Champ focused on winning one for Pops 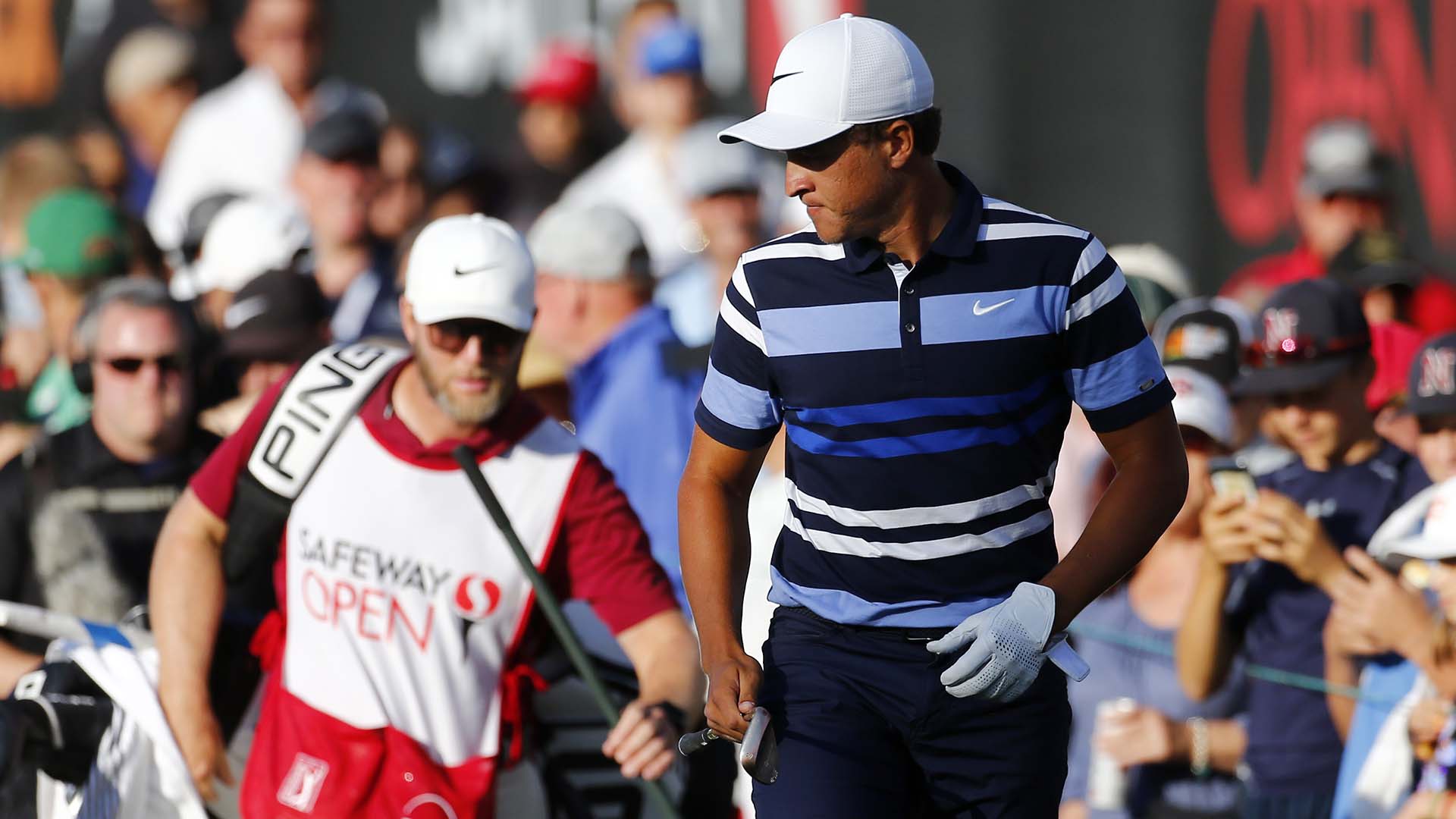 NAPA, Calif. – Mack Champ has had a simple, straightforward message for his grandson, Cameron, this week at the Safeway Open.

“His thing is he likes to say ‘Focus’ a lot,” Champ said. “Me and my dad, we always laugh about it because he always says, ‘Stay focused, stay focused.’ Like, OK, Pops.”

Mack “Pops” Champ has been at the forefront of his grandson’s mind in recent days, as he sits in a hospice facility battling Stage IV stomach cancer in Champ’s hometown of Sacramento, about an hour from the tournament venue. The Tour sophomore opted to make the drive in the early part of the week, commuting back and forth to maximize the time he could spend with the man that taught him the game.

So far, the lesson of “focus” has paid dividends for Champ on a firm and fickle course. Gone are the short-game miscues that slowed his progress last season after his breakthrough win at the Sanderson Farms Championship. Same for the wedge woes that cost him this summer at the Rocket Mortgage Classic, where he was in second place through 36 holes and promptly plummeted outside the top 40.

In its place has been a stellar mix of aerial prowess and deft touch, a combination that has helped Champ build a three-shot lead heading into the final round as he looks to win for the second time.

“When he’s hitting it straight, it’s hard to catch up,” said Collin Morikawa, who played the third round alongside Champ. “It’s awesome to watch. I’ve watched and I’ve grown up playing with him a lot. I’ve always seen how far he hits it. The talent is there, and he just needs to keep it in play.”

With winds swirling and greens firming up by the minute, Champ avoided toruble down the stretch that slowed many of his potential challengers. His 5-under 67 was one shot off the day’s best and came when the North Course at Silverado Resort & Spa was at its most demanding.

“Cameron played an unbelievable round of golf to shoot 5 under this afternoon,” said Justin Thomas, who like Morikawa trails by four shots. “A lot of those guys that are up on the leaderboard that shot 4, 5, 6 under are all guys that played two or three hours earlier. They were still great rounds, but it was very, very firm, very crusty.”

While Champ has tried to keep his focus on the course, he has at times been unable to avoid the emotional infiltration that comes when a close family member is battling a terminal diagnosis. He has written “POPS Champ” on the sides of his shoes this week, and he admitted that he nearly broke down on the first tee Friday thinking about his grandfather.

Even Champ’s bag serves as an homage to “Pops,” an African-American and Vietnam veteran who battled racial prejudice and segregation to simply play golf in Texas in the 1940s and 50s. Champ’s wedges are stamped with one of Mack Champ’s favorite quotes: “It’s not where you come from, but it’s where you’re going.” 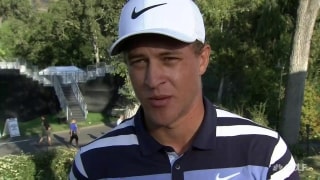 Champ leads with 'Pops' on mind: 'It's been an emotional week'

That journey for Champ has been a tumultuous one over the last 12 months, filled with a notable high and several subsequent lows. The doubt crept in over the summer as the results faded, with a seven-month gap spanning top-25 finishes for a player who seemed like a can’t-miss prospect less than a year ago. But Champ’s approach to the adversity reflects a maturity beyond his 24 years.

“The only way you learn is if you struggle, if you fail. Half of last year, it was all that. I just didn’t know how to get out of it,” he said. “When I sat back and just looked with all that’s going on with my family, it just kind of really opened my mind.”

Mack Champ shared another piece of advice for his grandson amid the early-week commutes: play free. Through 54 holes Champ has done just that, and he has put himself in position to silence some of the questions and criticism he has heard in recent months.

But more than anything it’s an emotional, bittersweet opportunity to honor his grandfather, and to once again put into practice the wisdom he has instilled.

“The way I go about it, if I win tomorrow, awesome. That’s awesome,” he said. “But if I don’t, hey, I’m going home to my family. So that’s all that matters.”