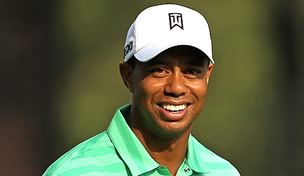 He made Torrey Pines feel like his Mount Olympus home when he won the U.S. Open here nearly five years ago.

There was something about his pain-racked performance that trumped any other feat in his remarkable career, that trumped his 12-shot victory at the 1997 Masters and even his 15-shot runaway at the 2000 U.S. Open at Pebble Beach.

That’s because we saw something at Torrey Pines in 2008 that we had never before seen. We saw something so different in the way Woods savored the moment when the U.S. Open trophy was handed to him. It was as if he stepped outside himself. For the first time, it felt as if he was out there with the rest of us, looking back at the week and his playoff victory at Torrey Pines in awe. He winced, grimaced and limped his way to victory on a surgically repaired left knee that his doctor didn’t want him playing upon.

Through the years, Woods has amazed us with his feats, but for the first time, holding that U.S. Open trophy, he seemed as amazed as we were.

“This is probably the best ever,” Woods said looking at the trophy that day after defeating Rocco Mediate at the 91st hole. “All things considered, I don’t know how I ended up in this position.”

Five years later, Woods still feels a little that way looking back. He said as much Tuesday after a practice round on the back nine of the South Course. After skipping this event a year ago to play Abu Dhabi, Woods is back making his 2013 PGA Tour debut. He’s back looking to rebound from missing the cut in Abu Dhabi last week.

Woods is back with plenty of rich Torrey Pines memories to use as fuel, none more powerful than his memory of winning the U.S. Open here.

“I do look at that week often,” Woods said. “I remember several things. No. 1 that comes to my mind every time I look at it, or see highlights of it, is just the pure pain that I was in. I don’t ever want to experience that again. That was a very, very difficult week. Having to go five days, I really don’t know how I quite got through it.”

Woods dug himself out of so many holes at Torrey Pines in that U.S. Open. He started with double bogeys on his opening hole in three of the first four rounds and with a bogey in the other regulation round. He spotted the field seven shots with those poor starts, but he kept fighting back.

“There were a lot of amazing things, but man, here I am just talking about it and my hands are sweating just thinking about the feeling I had to get through each and every day,” Woods said.

Woods might have surprised himself more than he surprised those who watched him win.

“Was I inspired?” says Brian Harman, who was coming off his junior year at the University of Georgia when Woods won the U.S. Open at Torrey Pines. “I was inspired by him long before that. He had already done so much, it’s not like I was even surprised.

Brandt Snedeker, the defending champion this week, shook his head and laughed when told that Woods’ scoring average is 68.62 in regular PGA Tour events played at Torrey Pines.

“That is just phenomenal,” Snedeker said. “That is just stupid. You shoot even par on the South Course and you are playing great. He does have an unbelievable record around here.”

Woods loved Torrey Pines the first time he saw it as an 8- or 9-year-old, when his father brought him to watch his first PGA Tour event.

“I first came down here during the old Andy Williams,” Woods said. “I came out and watched some Cali guys. I watched Mo (Mark O’Meara) play, Cookie (John Cook) and I think I saw Corey (Pavin) hit a couple shots. I saw Andy Bean hit the ball on the green in two on 18.

“Yeah, I feel comfortable here, there is no doubt. There are a few courses that are like that, where I’ve had my share of success, where I’ve either won or been in contention.”

In 13 pro starts at Torrey Pines, Woods has finished in the top 10 in all but one, his last start here.

Two years ago, still coming back from all the trouble in his personal life, Woods tied for 44th. He didn’t play at Torrey Pines in ’09 because of injury and in 2010 while repairing his personal life.

So while Woods returns to Torrey Pines enjoying the memories this place brings back, he returns mostly looking to win here again. His practice round Tuesday was business-like as he acclimated himself to the conditions.

“It’s nice to get out there and play a course I know, but obviously it’s different than what I remembered, because it’s normally not this dry, not normally this quick,” Woods said. “So, we get this every now and again with the Santa Ana winds blowing.”

Woods’ presence can be even stronger than when the Santa Ana winds blow here, and he would like to re-establish that fact this week.