Trump logo no longer on bag, Bryson DeChambeau says PGA decision 'is what it is' 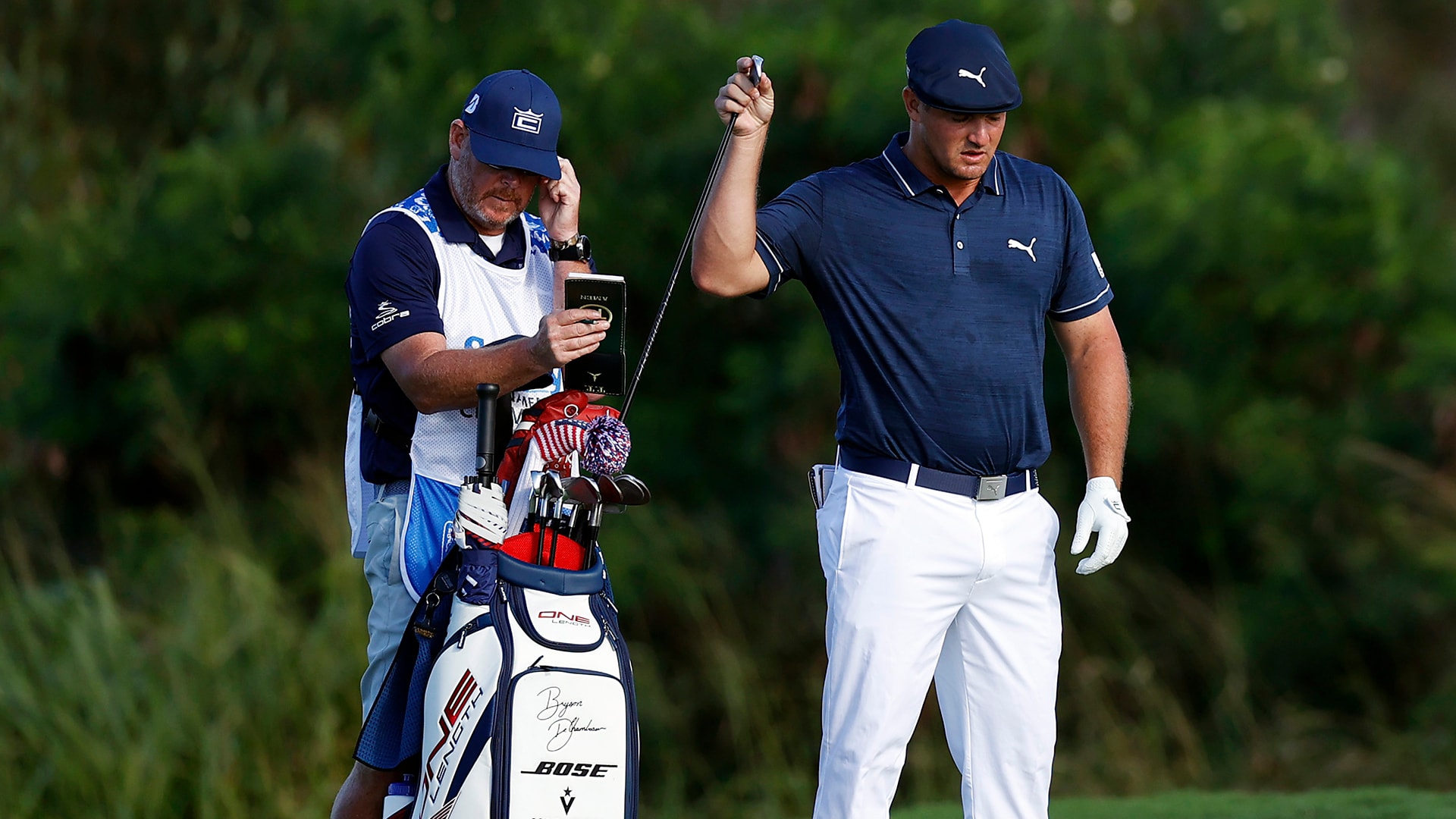 Bryson DeChambau’s golf bag had included the Trump logo, and the 27-year-old celebrated his victory at last fall’s U.S. Open at Trump National Golf Club Westchester, where he was hosted by the president’s son, Eric.

But the logo was replaced by another sponsor on DeChambeau’s bag prior to last week’s Sentry Tournament of Champions, and when asked his reaction to the PGA of America’s decision to not hold the 2022 PGA Championship at Trump National Golf Club Bedminster (N.J.), he had little to say.

“I know there's a lot of stuff going on today and I won't really talk too much about relationships or anything like that,” DeChambeau said. “It's unfortunate and it is what it is and I understand it. At the end of the day, whatever [the PGA of America’s] moves are, they are. I really don't have a comment. I'm still going to go play a golf course and try to do my best no matter where it is.”

The PGA announced on Jan. 10 that it had cancelled its contract with the Donald Trump-owned course, just days after a large group of the president’s supporters illegally and forcibly stormed the U.S. Capitol in protest of the recent presidential election.

“This is a very tough time in this world right now and I won't make a comment on any relationships that I have on that,” DeChambeau added.