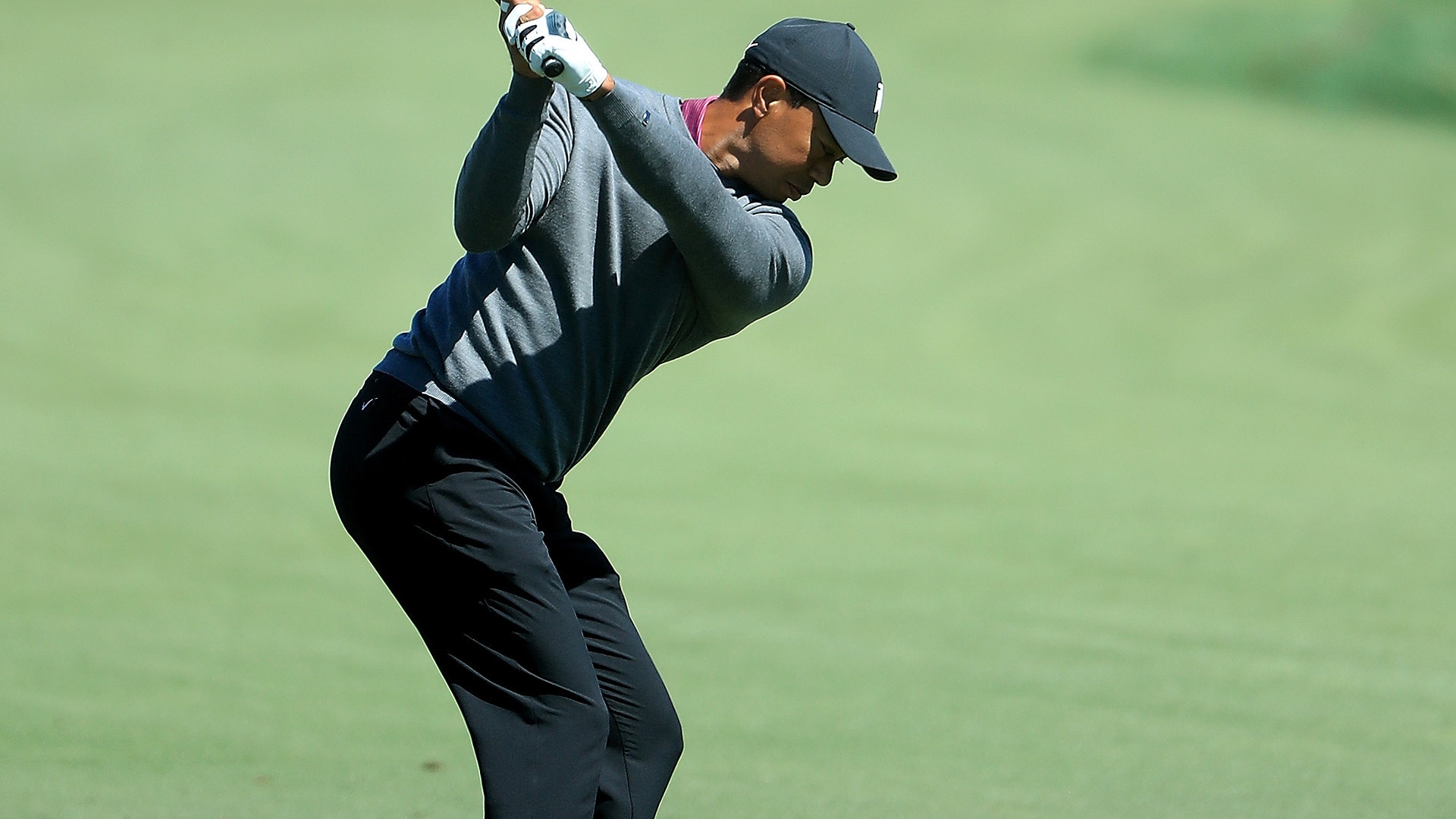 ORLANDO, Fla. – As usual, Tiger Woods was out early Wednesday for his pro-am round at the Arnold Palmer Invitational. Here are a few observations on the eve of his first start at Bay Hill since 2013:

• The first early start after daylight saving time always throws everyone for a loop. Tiger was warming up in the pitch black with generators powering lights, even though they were flickering. He and Rory McIlroy shared a brief joke, and the only thing heard was the end when Rory quipped, “What about your 129.2 mph club-head speed?”

• On the first tee, at 7:20 a.m. ET, there was hardly enough light to see the fairway. In fact, Tiger hit a fairway wood and it was impossible to know where it ended. It was 45 degrees.

Tiger starts his warm up. Little dark out here. pic.twitter.com/J3BSjvI9dG

• Tiger has never put any stock in a pro-am round, never will. This one was more of the same. He was engaged with his playing partners and seemed in great spirits, but it was especially difficult to tell what kind of game he had because it was chilly and windy.

• It seemed to warm up at the turn and Tiger took off his sweater, but two holes later he put it back on when the wind picked up considerably.

• Especially interesting was the par-5 16th and the par-3 17th. Playing dead downwind Tiger hit driver, 9-iron on 16, then turned around and hit 4-iron as hard as he could on the 220-yard 17th and failed to reach the green. It will be windy the next four days, but should not be as windy as it was on Wednesday.

• Following the final round of the Valspar Championship on Sunday, Tiger looked absolutely exhausted. You could see it on his face; he was out of gas. He didn’t hit any balls on Monday and only chipped and putted on Tuesday. He played the pro-am Wednesday, had lunch, then went back for a light practice session. He tees off at 8:23 a.m. ET Thursday with Jason Day and Hideki Matsuyama.