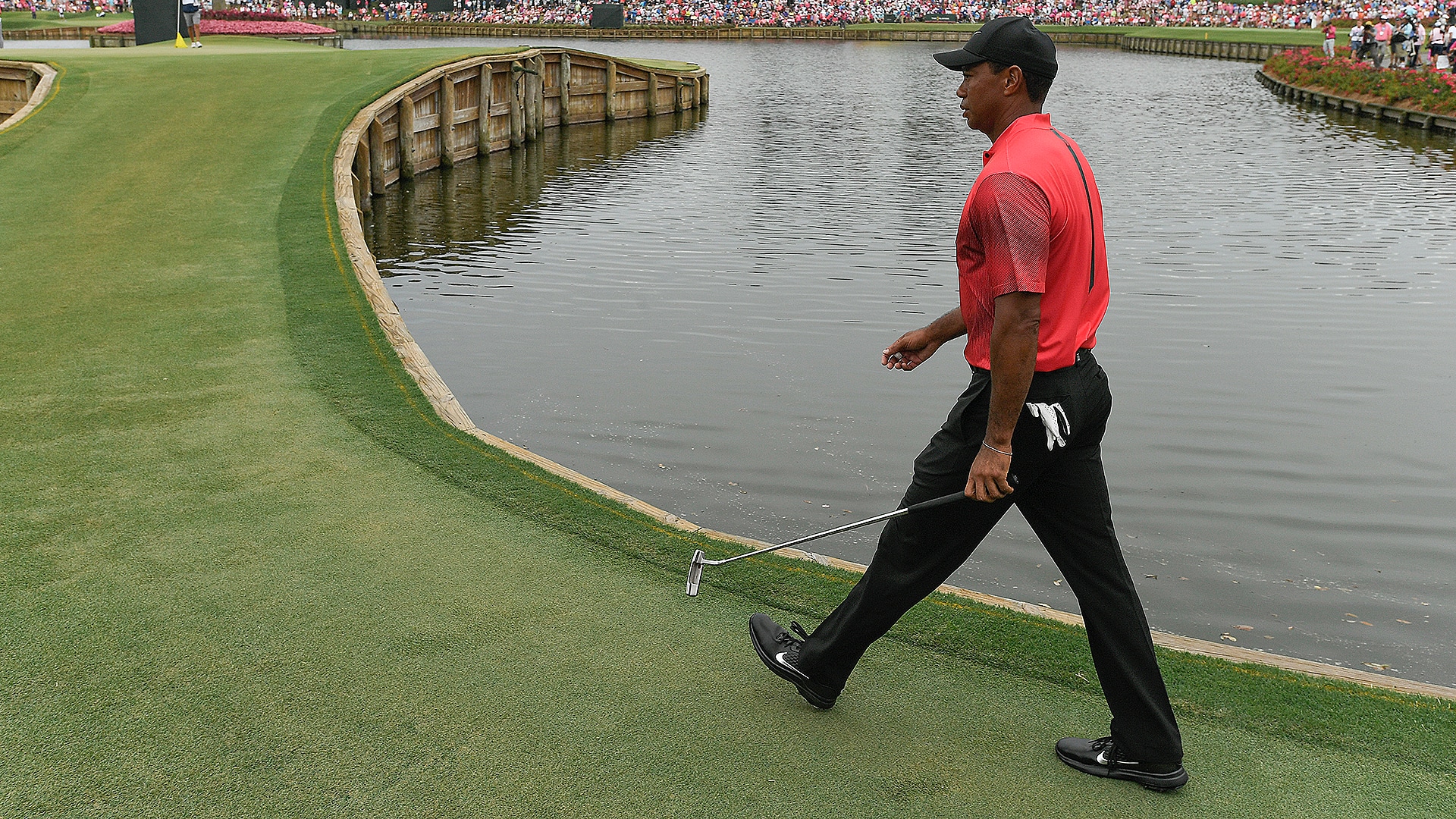 PONTE VEDRA BEACH, Fla. – An eventful week at The Players Championship has come to a close for Tiger Woods. Here are some thoughts and impressions from walking another loop alongside the man, who shot a 3-under 69 to tie for 11th:

• Woods got off to a red-hot start for a second straight day. While it wasn’t a face-melting 30 on the front nine this time around, he did manage birdies on six of his first 12 holes to briefly grab a share of second place and get within four shots of eventual champ Webb Simpson.

• But the comeback attempt was undone by a pair of sand wedges: first on the 14th, where he made bogey despite an drive that left him 110 yards away in the middle of the fairway; and then the 17th, when he rinsed his tee shot and settled for a disappointing double.

• Despite the close, there were still plenty of positives given that Woods made the cut on the number. After the round, he professed that his ball-striking was even better than the game he had during Saturday’s 65. “I felt very comfortable with every facet of my game today,” Woods said. “I felt like I had control of it today.”

• One of the keys to Woods’ turnaround on the weekend was his ability to, unlike last week, finally hole a few putts. He needed only 27 to complete each of his final two rounds. “It’s just a matter of seeing a couple go in,” Woods said, “and all of a sudden the lid pops off.”

• Woods contrasted this near-miss with his close call at Bay Hill, when he was in the mix before pulling his tee shot out of bounds on the 16th hole during the final round. In his eyes, it’s apples and oranges. “I hit it good all day long,” he said. “It’s just the way it goes.” 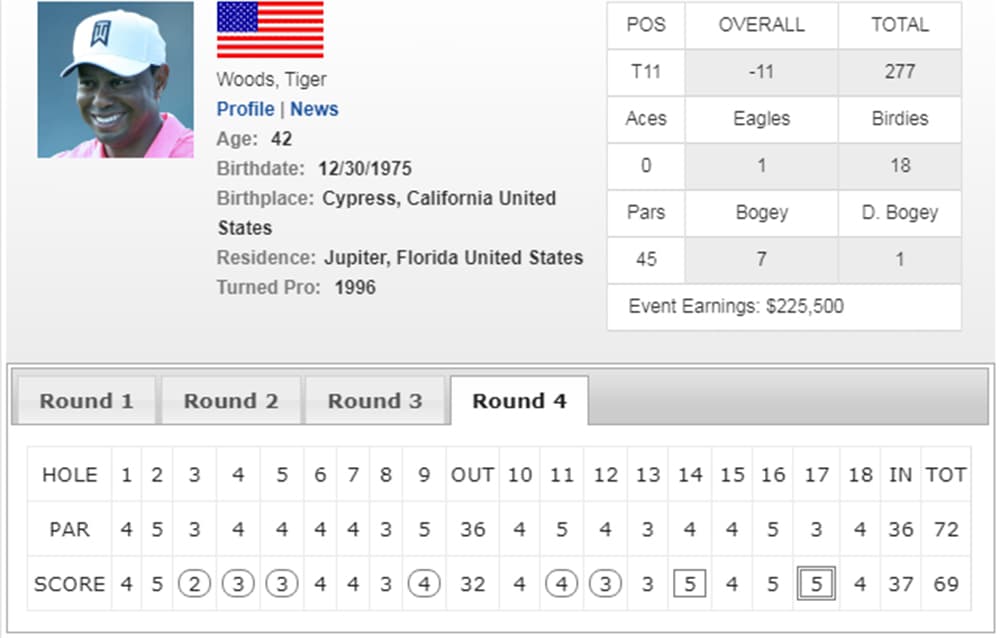 • Woods shot 10 under on the weekend, but he still finished eight shots behind Simpson and four shots out of second place. After stringing together two of his best rounds of the year on a demanding test, he was left to wonder what if. “If I would have had the game I had this weekend at the beginning of the week, I would have gave Webb a little bit of a run,” he said.

• Woods remained non-committal about his schedule leading into the U.S. Open, but it seems likely he’ll tee it up next in three weeks at the Memorial Tournament. He also made it clear he hopes to qualify for the WGC-Bridgestone Invitational in its final stint at Firestone Country Club, which will likely require him to get into the top 50 in the world rankings (He's 80th after this week). “I’ve won there eight times, and I would like to get there with one more chance,” he said.