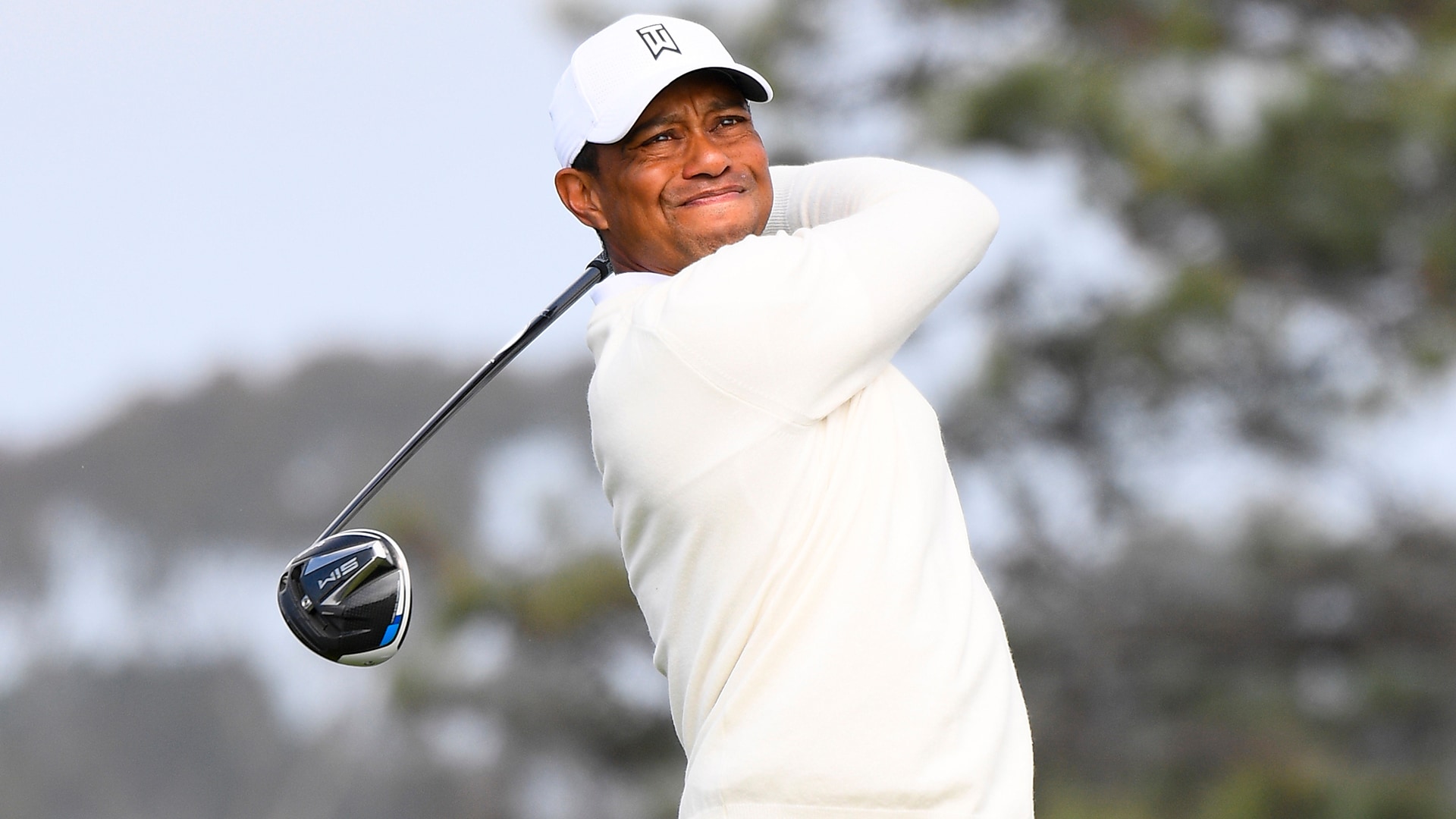 SAN DIEGO – If not for one wily veteran – here’s looking at you, Ryan Palmer – the chase for 83 would most certainly be on. As it stands, Tiger Woods has some work to do this weekend if he wants to set the all-time PGA Tour wins record. Here are my thoughts on a more-entertaining-than-the-score-indicates 71 at Torrey Pines:

• So, about that first hole. Torrey South’s opener has always given Woods loads of trouble, but never like this. Twenty-five feet away for birdie, he missed wide left on his first attempt. Weird, but whatever. He didn’t mark his 2-footer ... and then barely skimmed the edge. The 7-footer comebacker? Nope. An opening four-putt double bogey. 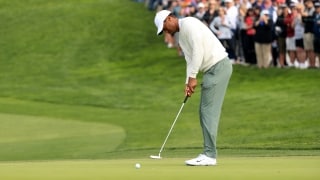 Tiger Woods began Friday's second round of the Farmers Insurance Open with a four-putt double bogey at Torrey South.

• It was Tiger’s third four-putt since 2010; he also four-jacked one Saturday in Mexico last year. Lack of concentration, if nothing else. U-g-l-y.

• That mystery on the greens overshadowed, at least early, what was another mostly stellar ball-striking performance. When his tee shot took a bad bounce and barely trickled into the fairway bunker on 4, Tiger needed to dig his heels into the edge of the bunker and clear a steep lip in front of him. Tough shot! But he executed it perfectly, landing his ball right of the flag, inside 10 feet. Didn’t convert the birdie, but who cares – what a special shot.

• A few holes later, things got interesting. A dart into 7. Birdie. A huge par save on 8. A birdie from the front edge on 9. A carved short iron into 10 for another birdie. It was four birdies in five holes, just three off the lead!

• Tiger’s new driver looks good. Very good. His days over overpowering courses are over, but if he can smooth it out there 310, on a tight track like Torrey Pines, with a baby fade, he’s going to be in the mix everywhere. He hit nine of 14 fairways in Round 2.

• Alas, he was about to enter the toughest part of Torrey South. He couldn’t escape the brutal 12th without a dropped shot, made a mess of the 17th and only picked up one shot coming home, on the par-5 finisher.

• His tee shot on 17 was one of his few poor swings of the day – hurried in the transition, flippy at the bottom. That resulted in an overcooked 3-wood that found the native area, leading to an ill-timed (is there ever a good time?) bogey.

• All in all, he’s six shots back of Ryan Palmer. Not ideal, but not toast either. Far from it. The lead is at 10 under; it's not unreasonable to think that'll eventually be the winning score. Palmer is by no means a stone-cold closer, and Tiger knows how to play Torrey South better than anyone, especially if the conditions get more difficult. It’ll take something in the 68-70 range Saturday to have a realistic chance, but that’s doable with these soft greens. 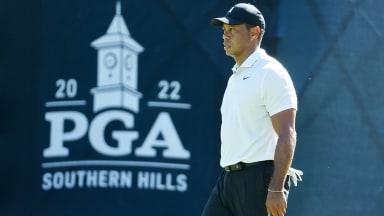 Tiger Woods played the back nine at Southern Hills Monday morning in preparation for the PGA Championship.