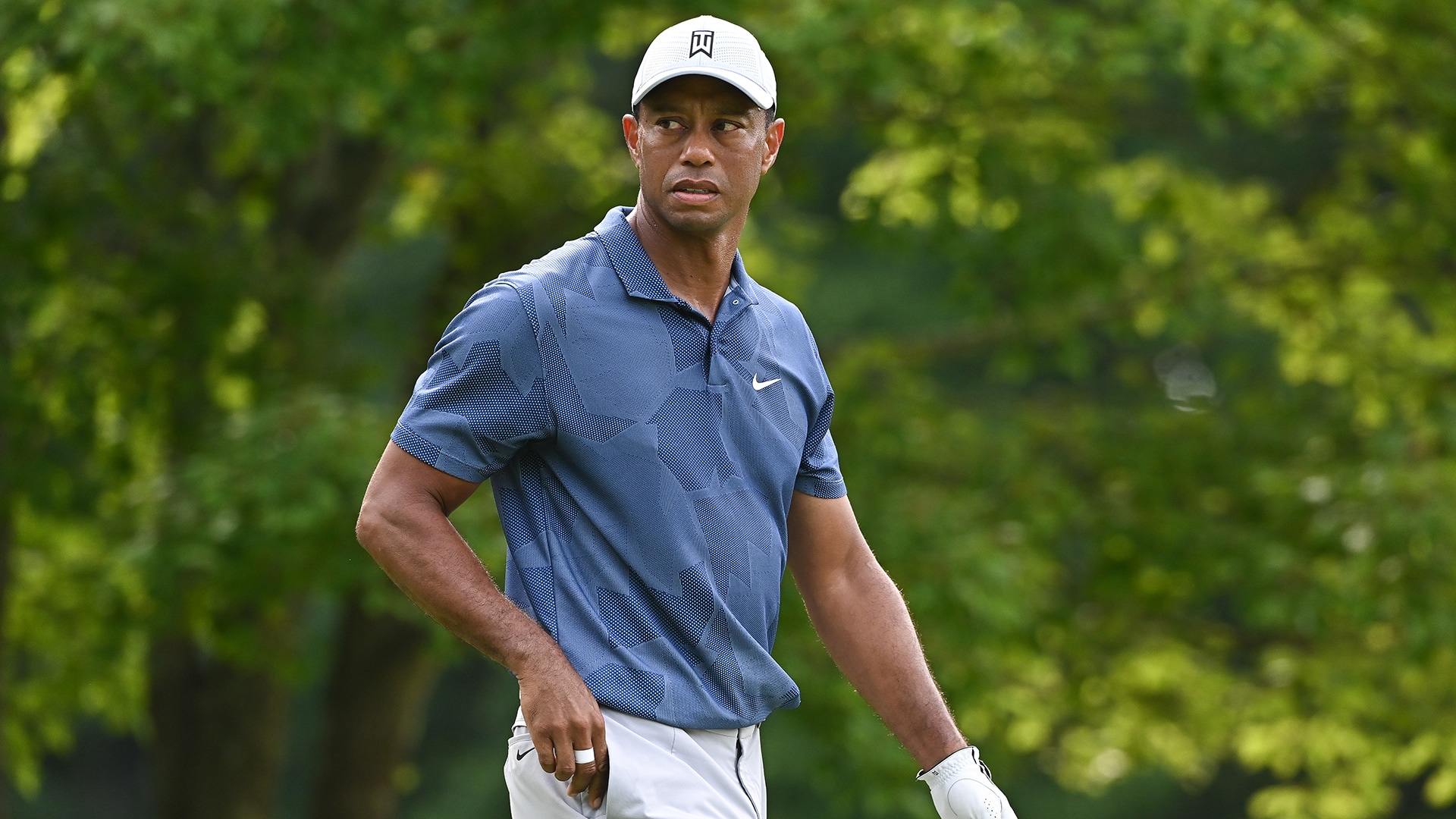 It was moving in the wrong direction day for Tiger Woods who struggled to a 2-over 73 at TPC Boston on Saturday:

• Let’s start with the pint half full. On Day 1, Tiger hit just 6 of 14 fairways and lost nearly a shot and a half to the field in strokes gained: off the tee. On Saturday, he connected with the short grass on 12-of-14 attempts and picked up 1.64 shots in SG: off the tee.

• The half-empty pint was his iron play on a day that was largely played from the short grass. He found 11 of 18 greens in regulation with a proximity to the hole of nearly 45 feet.

• And now the completely empty pint. His putting was awful. Just awful. He needed 29 putts and rolled in a total of grand 44 ½ feet of putts.

• Maybe the more pressing statistic for Tiger is his position on the FedExCup point list. He’s currently projected to slip to 58th from 49th. Although he’s a lock to qualify for next week’s BMW Championship the Tour Championship is starting to seem less likely.

• Tiger did win his head-to-head match with Rory McIlroy (who struggled to a 74). The two have been paired in Tour events 24 times and Tiger has now won 12 of those head-to-head duels.

• And one final putting stat: Tiger’s longest putt of the day was a 7-footer for birdie at No. 9. That was fun.