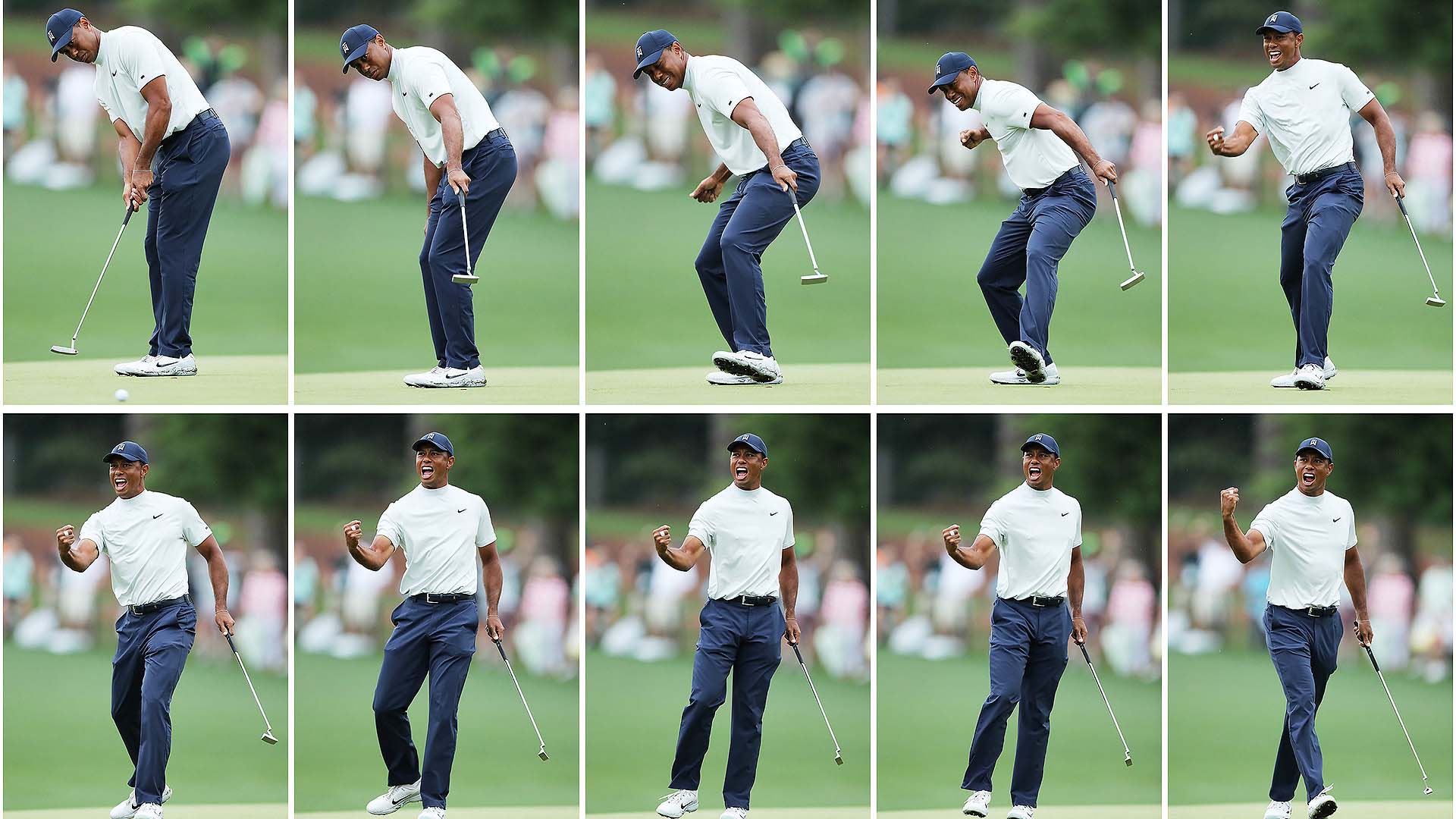 AUGUSTA, Ga. – Tiger Woods shot a second-round 68 Friday at the Masters and is one shot off the 36-hole lead held by five different players. A few nuggets from a manic day at Augusta National:

· Well, that was fun. And as Tiger was quick to point out, this is the third consecutive major where he’s been in contention. That really speaks volumes from the four-time Masters champion who attended the Champions Dinner two years ago and was pretty certain he’d never play at a high level ever again.

· Any round with Tiger Woods is an exciting round, but this one was off the charts. He had to make nervy putts on the first two holes to save par and really should’ve made birdie on the third hole. Then he rattled off three birdies over the next six holes (with two bogeys sprinkled in) to make the turn within four shots of the lead.

· The last nine holes got good in a hurry. Tiger birdied the monstrous par-4 11th hole by hitting a laser iron shot to 15 feet. He was the only person to birdie the 11th on Friday. Any player will tell you that four pars on the 11th during the Masters is plenty acceptable. Making birdie here feels like it picked up more than a shot on the field.

· The 12th. Oh, the famous par-3 12th. After coming off the birdie at 11, Tiger hit a laser to 6 feet on the 12th and the horns promptly blew and halted play because of potential electricity in the air. The delay was about 15 minutes.

· Once play resumed, playing partners Haotong Li and Jon Rahm still had to hit their tee shots. Once Tiger finally got to putt, he put a good stroke on it but it just slid around the left side of the cup for a deflating par. The world blamed the delay for the missed putt.

· After making par on the 13th hole, Tiger ripped off ridiculous birdies on the 14th and 15th holes from 28 and 30 feet respectively. It got him within a shot of the lead and even though he had birdie chances on both 17 and 18, he ended the day a shot off the lead.

· Let’s talk about the 14th hole for a bit. Tiger hit his approach from the left trees and as he was walking away a security guard, attempting to hold back the patrons, slipped in some mud and clipped Tiger’s legs. Tiger took a funny hop and walked off awkwardly as if he was in a bit of pain at the time. It was bizarre. “It is what it is,” Tiger said. “Accidents happen.”

· Now to putting. Tiger made some long ones, but he still missed some shorties, the shortest from 4 feet on the par-5 eighth hole. He made bogey there. But he was not concerned, saying that he hit every single putt on its intended line, even though he missed four putts inside 10 feet on the day.

“I had a great speed today,” he said. “The only two bad putts I hit today were all on the same hole, over on 8, I three-putted…. But other than that my speed was great and I hit a lot of putts that looked like they were going in, but they were on my lines, so that’s fun.”