TT Postscript: Tiger Woods too conservative, too sore to make a move at Masters 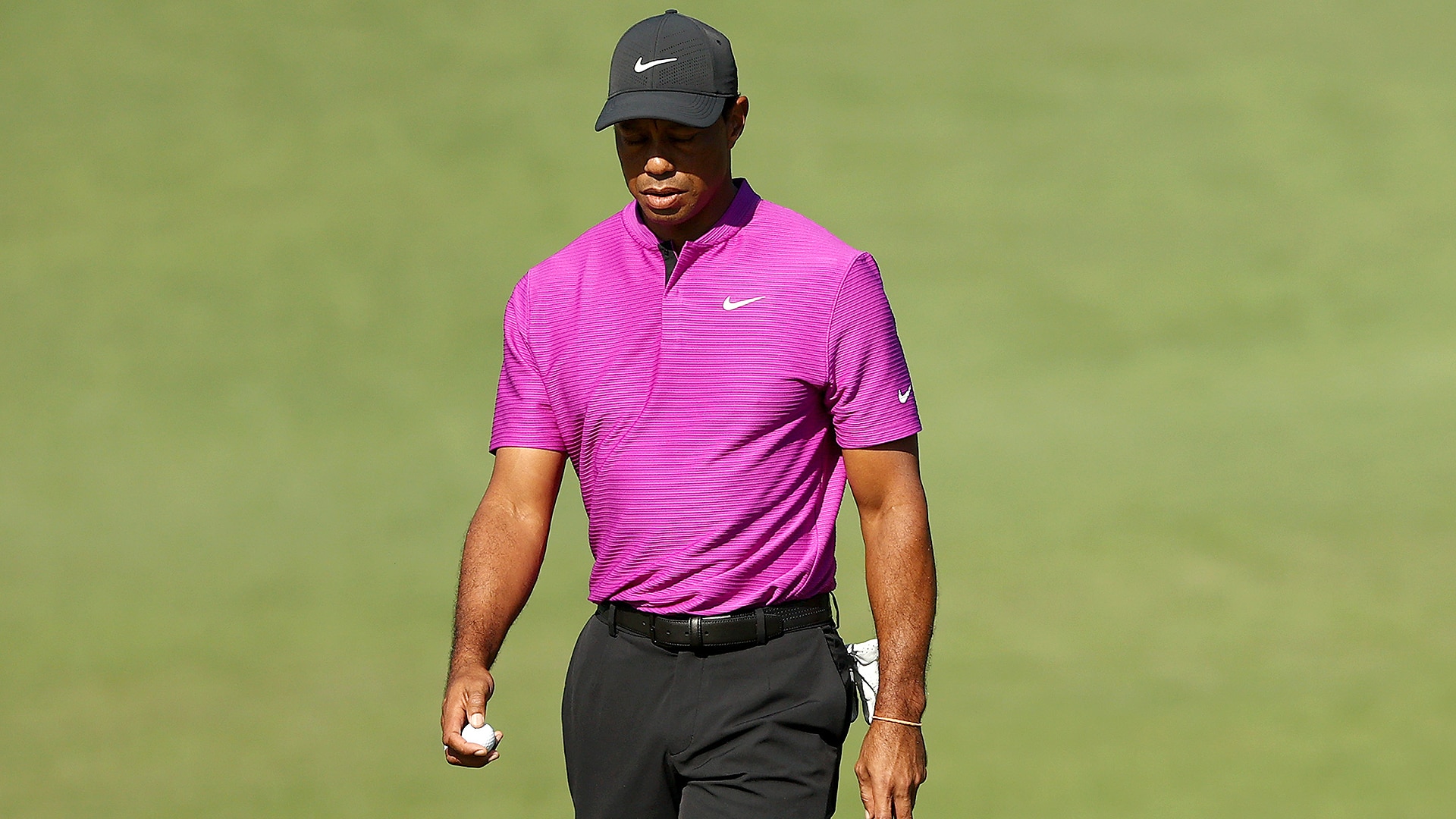 AUGUSTA, Ga. – After a 26-hole Saturday and a third-round 72, it is now clear that Tiger Woods’ wait for a sixth Masters will extend at least until April. Here’s where things stand heading into Sunday at Augusta National, where the defending champ will be on hand to play 18 and hand out the green jacket.

• I told you last night that the end of his second round was going to let us know, one way or the other, how today was going to go. A flat second nine early this morning gave way to a flat first nine later this morning which gave way to a stiff second nine this afternoon. He entered the third round four off the pace and ended it 10 behind Dustin Johnson, who hadn’t yet finished his assault on the field and the property. Tiger slowly lost ground as his body slowly locked up.

• No way around it, his back wasn’t right over his final nine holes. He ripped a hard draw at 10 and could barely bend down to get his tee. That was the weirdly dissonant theme of the afternoon. He struggled to get his ball out of the hole, but he flagged a short iron at 12 and ripped his second at the par-5 15th to 15 feet. As always, he finds a way to grind it out. Frankly, after shots 2, 3, and 4 at 13 – a mud-ball hook, a chip that didn’t find the green, and a putt that barely found the surface – I was worried things were going to turn ugly.

• The subject of his back was noticeably absent from his television interview, but here’s what he told reporters:   “I had my day off yesterday, which was nice. Today was not the case. We've been at it for quite some time. It's just part of the deal. If you have long days like this, I'm going to get a little bit sore, which I definitely am. … I can walk all day. The hard part is bending and twisting. I think that's part of the game, though, and so that's always been the challenge with my back issues and I guess will always continue to be.”

• It quickly didn’t matter, but I thought he was a little too conservative over his first 18 holes Saturday. It was clear that he was to have to make up a lot of ground and start putting up birdies in bunches to stay within reach of whatever the lead was going to be by the end of the day. Tiger seemed locked in to playing Augusta National the way you’re supposed to play it. He looked more like a guy defending the lead and trying not to make a mistake than a guy who was chasing and needed to force the issue. He made three birdies, two bogeys, and 21 pars Saturday.

• Well, I’m really going to enjoy tomorrow, and I hope all of you enjoy it just as much. You never know when it'll be your last.