TT Postscript: Worst-case start, magical finish in Round 1 at Zozo 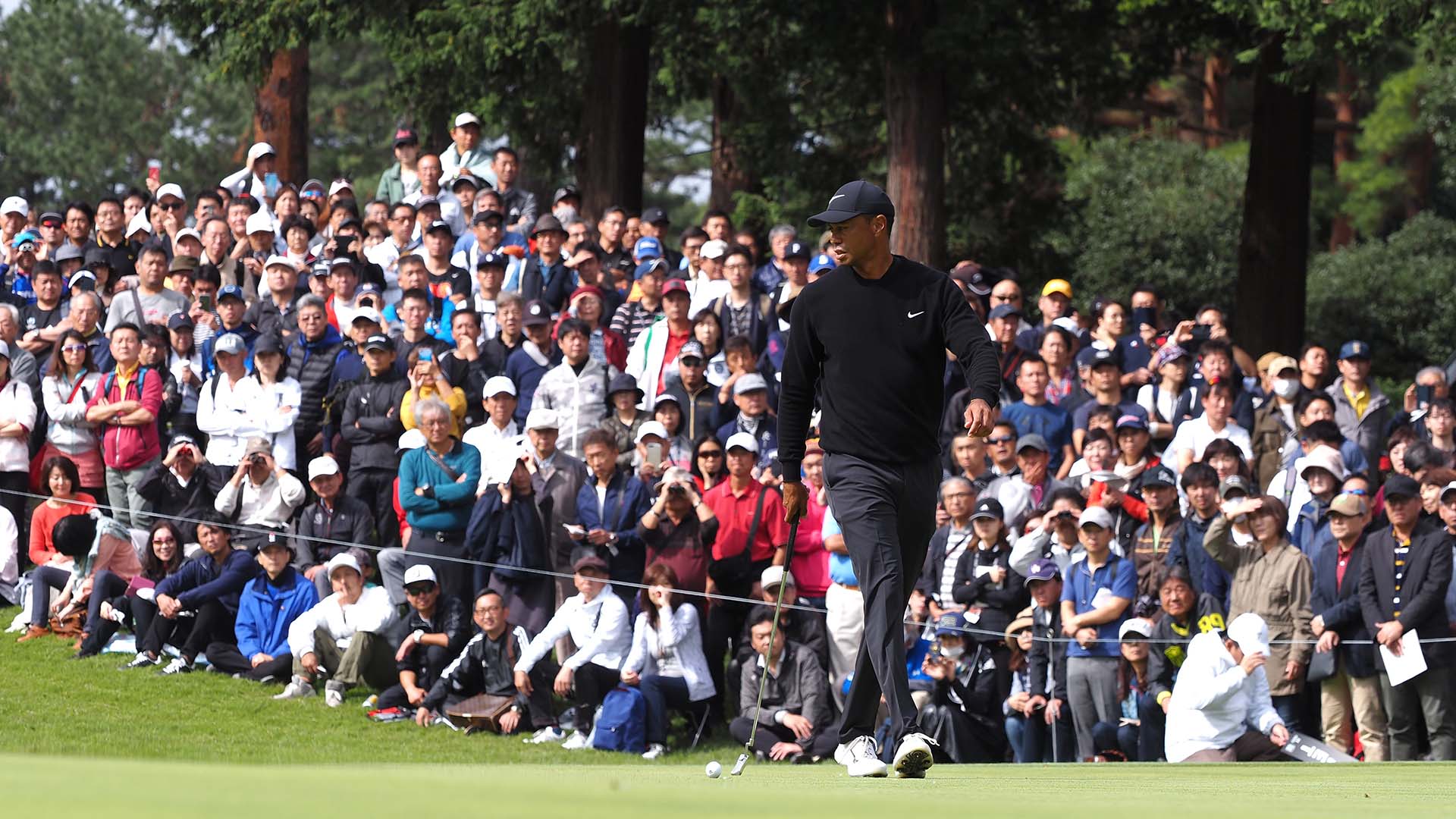 CHIBA, Japan – There was a little bit of everything for Tiger Woods in his season debut. He followed a worst-case start with a magical finish Thursday at the inaugural Zozo Championship for a 6-under 64 and rare early lead, which he shares with Gary Woodland.

Some sights and sounds from Round 1:

• An indecisive drive at the first (No. 10) found the water, leading to an opening bogey. Another wayward drive at his second hole led to another bogey. Woods completed the dismal trifecta by three-putting the 12th hole to move to 3 over through three holes.

• Tiger was nearly perfect the rest of the way with nine birdies, which pushed him to 6 under and into the lead. Woodland tied Tiger late in the day with a birdie at the 18th hole.

• Most of Tiger’s birdies were in the 5- to 15-foot range, but the highlight of the day on the greens came at No. 7 when Woods charged in a 30-footer for birdie to take the solo lead.

• It’s been 13 years since Tiger played in Japan, and though he had no response following his opening 64, it was worth asking why it took so long for him to return. An announced 17,000 fans swarmed Narashino Country Club and Woods finished the first round one stroke ahead of favorite son Hideki Matsuyama.

• Tiger has become something of slow starter in recent years. Had Woods finished the day alone at the top, it would have marked the first time since the 2009 PGA Championship that Woods had held the outright first-round lead on the PGA Tour.

• Despite his quick start, Tiger braced for a long weekend. The forecast calls for a 100-percent chance of storms on Friday, and officials have already moved up tee times an hour. “It's going to be a grind on the weekend,” he said.