With two 10s, Mac Meissner plays same hole in 13 over par, but 'not too bummed' 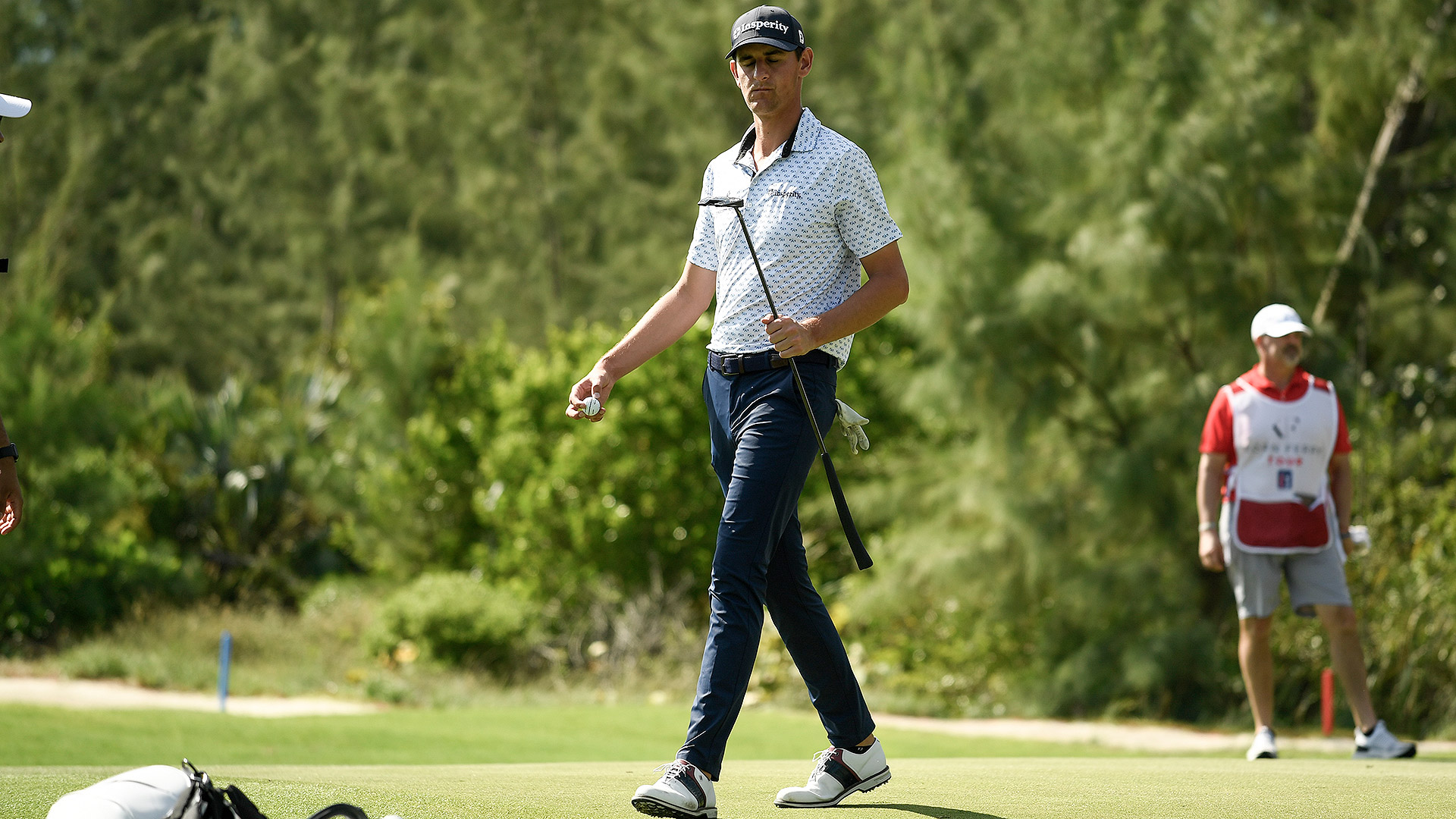 Some holes aren't to a player's liking. Then there is the par-5 15th at Sandals Emerald Bay Golf Course for Mac Meissner.

The former SMU star played the hole in a combined 13 over par through four rounds at The Bahamas Great Exuma Classic, the season-opener on the Korn Ferry Tour, as first noted by Twitter account Monday Q Info.

Meissner, a KFT rookie and member of last year’s victorious U.S. Walker Cup team, began the event by making a 10 at the 15th. He closed it the same way, another 10. In between, he made a double bogey and a bogey. 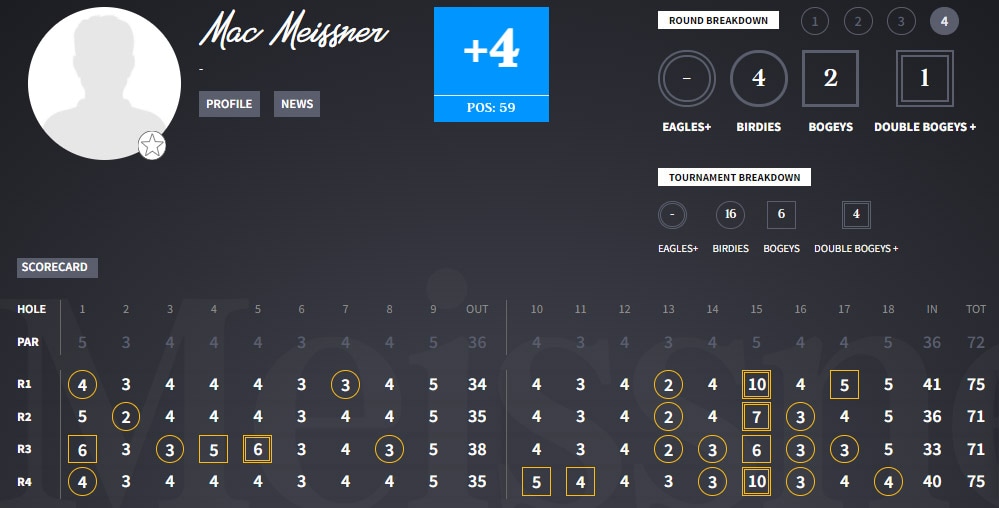 “It felt pretty good to play that hole, I guess I played it 7 over before the cut. To make the cut with that hole definitely shows that my game is really good right now. Really kind of a one-off deal that won’t ever happen again," Meissner told GolfChannel.com's Brentley Romine on Wednesday.

Though the scores were the same in Rounds 1 and 4 (the event began on Sunday), the paths to the 10s were very different.

"The first day, the wind was from the left on that hole, O.B. right," Meissner described, noting the wind was gusting at 35 mph. "I like to draw the ball, so it’s definitely an uncomfortable wind for me already. And then to add on a 15-yard, 18-yard fairway, with ocean left and O.B. right, makes it even more uncomfortable.”

On Wednesday, in the final round, Meissner actually hit the fairway off the tee. That's when trouble ensued.

"Had, like, probably 290 [yards] to the pin and unfortunately had a really bad mud ball – had a bunch of mud on the right side and on the back of the ball," he said. "The wind's a little bit off the left, but mostly down. I thought if I hit a 2-iron I could get it up there short of the green – especially with the mud on the right, I knew it was going to draw."

The ball never got high enough, however, and landed in the hazard, "on line with the green." Meissner found the ball and tried to play out but couldn't (3). He took an unplayable (4) and, from 215 yards, hit a 6-iron into the right, greenside bunker (5).

Undeterred, Meissner birdied two of his final three holes to close the tournament. He's now on to the second of the two KFT events in the Bahamas, the Great Abaco Classic, which begins Sunday.

And he doesn't anticipate any lingering effects.

"What I’ve heard from people is that, the first two tournaments, you’re going to have some crazy weather. There’s just going to be some weird stuff that happens. And, obviously, that happened to me to like the 10th degree today and on Sunday," he said. "Honestly, just to make the cut to get going on the right way on the Korn Ferry Tour, make a little bit of money, it feels pretty good. I’m not too bummed about it.”