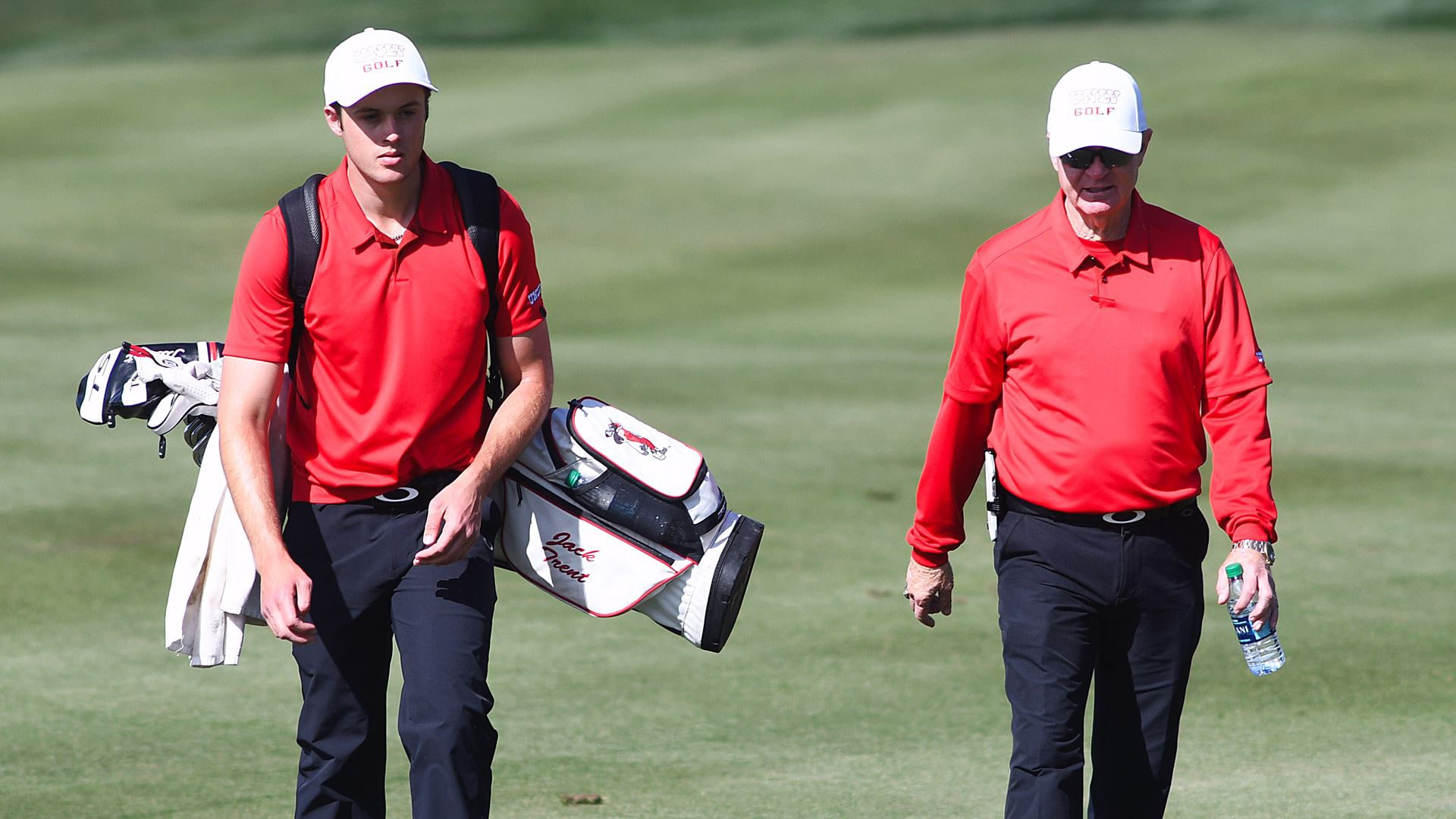 One of college golf’s most legendary coaches is transitioning into a new role.

Knight’s new role, according to UNLV athletic director Desiree Reed-Francois, will include providing instruction to Rebels golfers, engaging with members of the community, assisting with fundraising and mentoring the new coaching staff. A.J. McInerney, who played for the Rebels in 2012-16, will serve as interim head coach for at least the 2021-22 season.

“Spending more than three decades at UNLV has been extremely special and I am proud that Rebel Golf has come to mean so much to so many in southern Nevada," Knight said. “There are so many people that have had a role in helping us build the program and I am grateful to them all. I would also like to thank Desiree for her leadership and vision as I continue in a role that has a big part in the program moving forward. Great things are ahead, and I look forward to carrying on the winning tradition that all of our players, coaches and supporters have helped build here at UNLV.”

Knight, a two-time national coach of the year and 2002 GCAA Hall of Fame inductee, led the Rebels to the 1998 NCAA team title while also coaching two NCAA individual champions, Warren Schutte (1991) and Ryan Moore (2004). His UNLV teams advanced to nationals 22 times while posting eight top-11 finishes. The Rebels’ NCAA-record streak of 31 straight NCAA regional berths was snapped this past season.

"I am very proud of what we have accomplished at UNLV in my time here," Knight said. "I can remember the first time we qualified for nationals (in 1989) and how excited we were just to make it there. Now I feel that we have moved to the next level where our players expect to go to nationals and are ready to compete for the national championship every year. Winning our three national titles has been a dream come true for myself and the school.

"We felt that as a team we had been a serious contender prior to winning it all, and to get over the top really legitimized our program."

Of course, Knight also nearly landed a young Tiger Woods. UNLV rolled out the red carpet for Woods on his recruiting visit to Las Vegas, putting Woods up in the Mirage Hotel, hosting a huge reception at the school president’s house and taking the prized Class of 1994 recruit to swanky Shadow Creek Golf Course, where Woods is said to have seen actress Elizabeth Taylor and “had no clue who she was,” Knight told Golfweek a few years ago.

But in the end, Woods signed with Stanford over the Rebels.

“It was heartbreaking to lose him right at the end,” Knight said. “I really thought we had a good shot at getting him.”

Knight added in a 2013 issue of UNLV Magazine: "Even though we didn't get him, the publicity we got was incredible. To this day, people still link us to probably one of the greatest amateurs ever – until Ryan Moore came along."

Knight ended up using some of the scholarship money set aside for Woods to sign Chad Campbell, who was a teammate of Charley Hoffman in Las Vegas. Hoffman was on that 1998 Rebels team. Moore's 2004 summer is one of the best stretches of amateur golf ever, as he won the U.S. Amateur, Western Amateur and U.S. Amateur Public Links that year.

“Outside of my dad and brother, no man has had a greater influence on my life than Dwaine Knight,” said Deacon, who also played under Knight. “He was my college golf coach, my first boss and the greatest mentor I’ve been able to look up to for 20 years. He is kind, disciplined, competitive and incredibly fun. … He took a program no one had heard of and built one of the best there is in college golf today.” 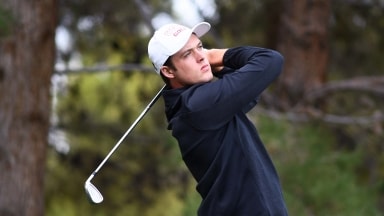 UNLV's Jack Trent opened with a 4-under 67 in his first PGA Tour start Thursday at the Shriners Open. 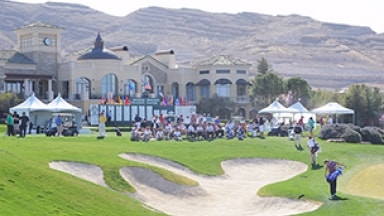 UNLV sure knows how to summon its best golf in the biggest regular-season event of the season.