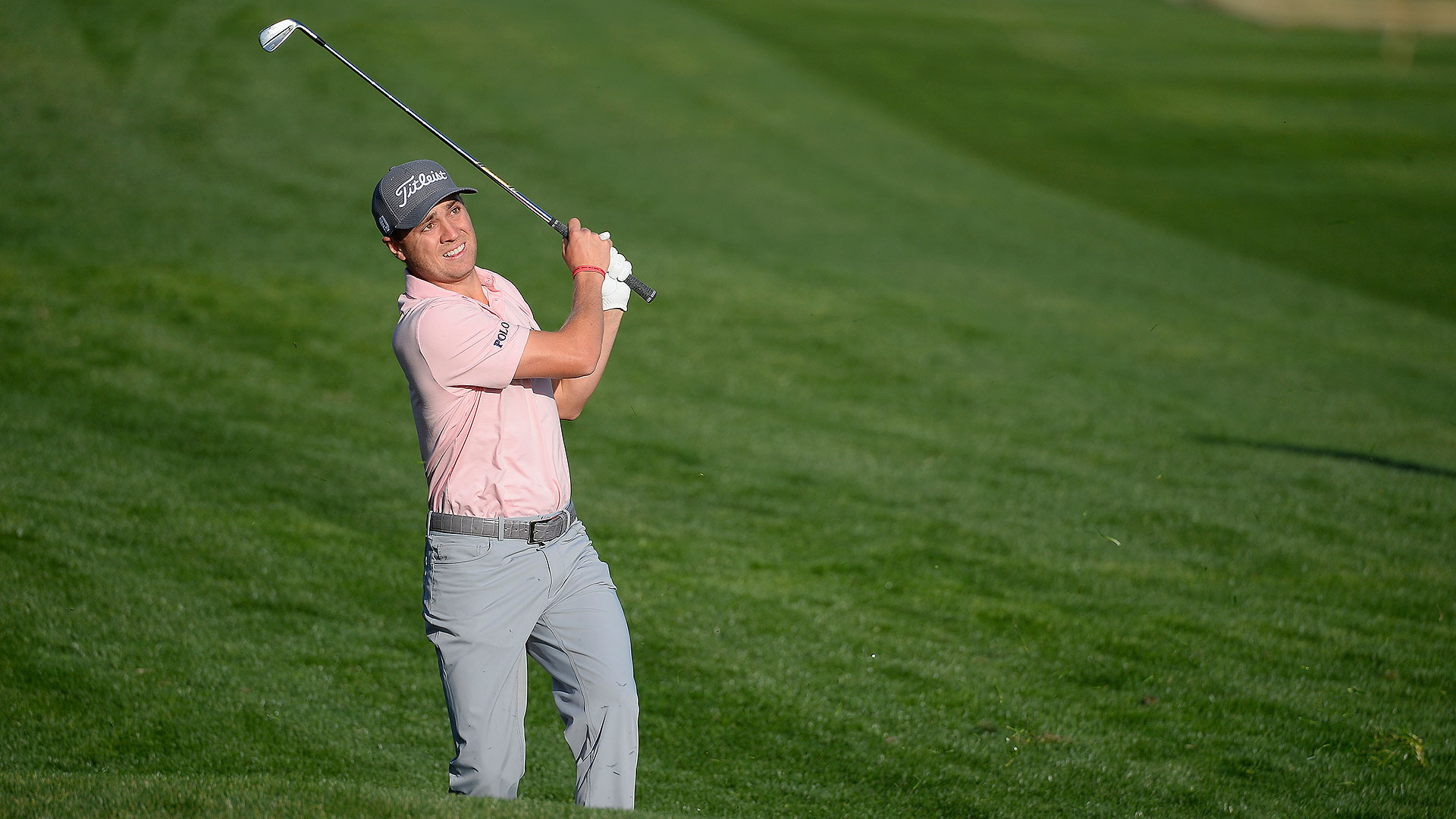 SCOTTSDALE, Ariz. – Justin Thomas heads into the weekend firmly in contention at the Waste Management Phoenix Open despite a closing stretch to his opening round that threatened to derail his week.

Thomas was 6 under through 15 holes Thursday before making a double bogey amid boos from the crowd on No. 16 and hitting a chip into the water en route to bogey on the 17th. But the reigning Player of the Year effectively shook off those miscues during a bogey-free second round.

The scorecard again read 3-under 68, but this one was certainly a little easier to stomach.

“I was pretty upset and mad about that last night, because I really let a good chance get away to shoot, I felt like, 7 or 8 under,” Thomas said. “But it is what it is, and stretches like that are going to happen over the course of four days, and hopefully I just got mine out of the way.”

Simply making the weekend is a step in the right direction for Thomas, who contended in 2015 in his tournament debut but missed the cut each of the last two years at TPC Scottsdale. His two-hole hiccup during the opening round remains his lone blemish through 36 holes, and he stood just three shots behind Daniel Berger upon completing his round.

“I like this course a lot,” Thomas said. “Other than my rookie year, I played it really poorly the last two years. But when you get in the fairway it’s very, very score-able, with a lot of short irons in your hand which I feel like is a strength of mine.”