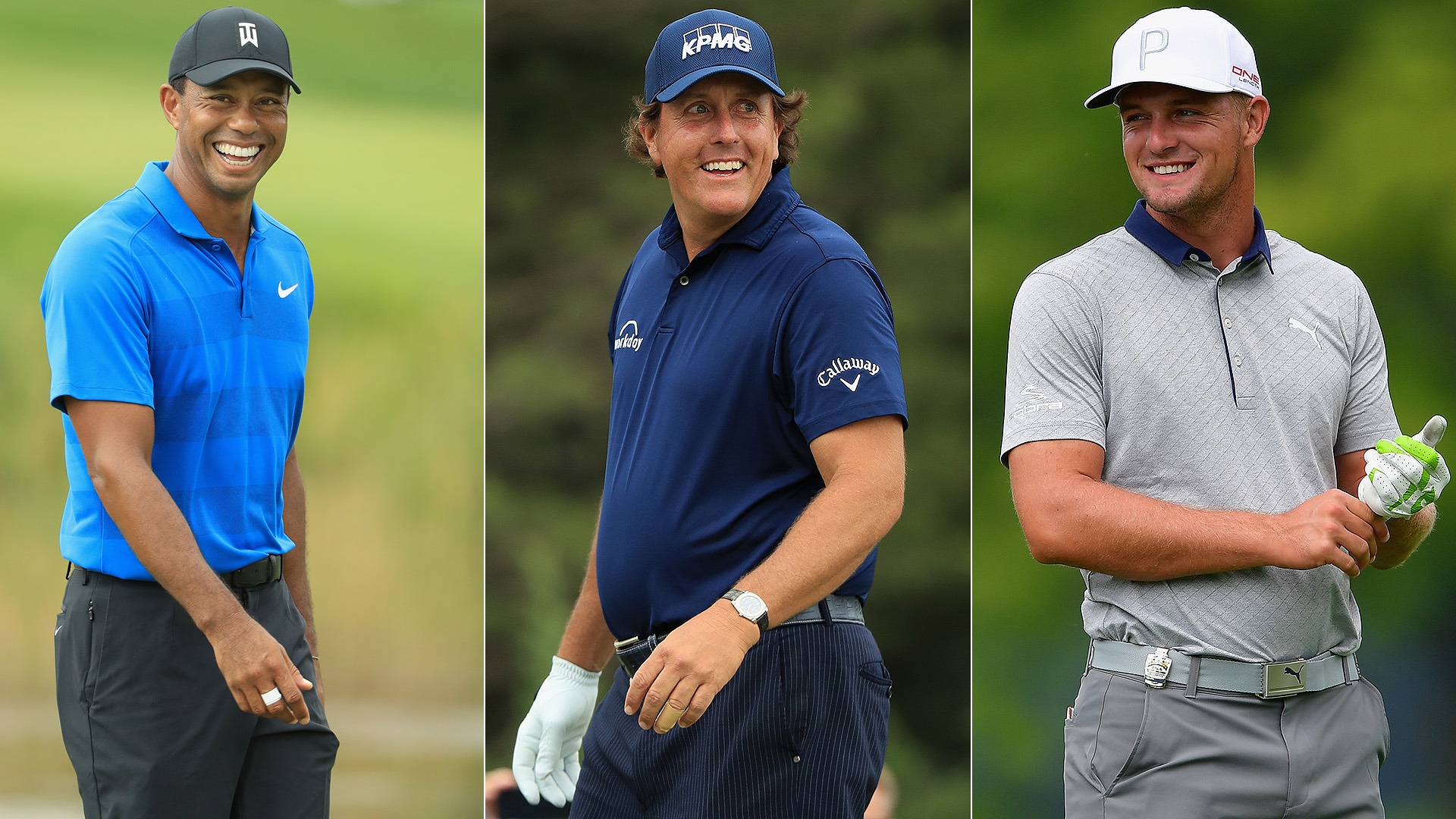 Tiger Woods, Phil Mickelson and Bryson DeChambeau were added to an American team that will look to win an away Ryder Cup for the first time since 1993.

Woods, who was previously named a vice captain, will instead transition into a playing role at the Ryder Cup for the first time since 2012. After dealing with various injuries over the past several years, Woods has contended deep into two majors and posted five top-10s in 16 starts. He has a 13-17-3 career record in the biennial event but was twice part of a winning U.S. team as an assistant in both 2016 (Ryder Cup) and ’17 (Presidents Cup).

Mickelson has been a member of every Ryder Cup team since 1995, though this was the first time that he didn’t qualify automatically. (He finished 10th in points.) Earlier this year, the 48-year-old snapped a five-year winless drought with his World Golf Championships victory in Mexico, and he shot a closing 63 Monday at the Dell Technologies Championship to tie for 12th – his second consecutive top-15 finish on the PGA Tour.

DeChambeau joins Justin Thomas as the only rookies, so far, on the U.S. side. The 24-year-old is the hottest player in golf, after winning back-to-back FedExCup playoff events. A three-time winner this season, he’s guaranteed to be the No. 1 seed heading into the Tour Championship. DeChambeau might have little match-play experience as a pro, but he won the 2015 U.S. Amateur.

DeChambeau, Mickelson and Woods were Nos. 9-11, respectively, in the U.S. points standings.

Furyk will round out his 12-man roster with one final selection at 9 a.m. ET Monday, following the conclusion of the BMW Championship here outside Philadelphia. Tony Finau, Kevin Kisner, Xander Schauffele, Patrick Cantlay and Matt Kuchar are among those who seemingly are in the mix for the last spot on the team. Furyk also said that Woods will no longer serve as a vice captain, and he named three more to the role (to join Davis Love III and Steve Stricker): David Duval, Matt Kuchar and Zach Johnson.

The Ryder Cup will be held Sept. 28-30 at Le Golf National outside Paris.