Argentina leads two-time defending champion United States and Colombia by two strokes after the first round of the Copa de las Americas.

Led by Alejandro Tosti and Maria Olivero, Argentina posted a first-round score of 5-over 293 in the biennial competition that features four amateurs (two men, two women) from each country. This year’s event is being held at Doral Resort & Spa in Miami, the first time the competition has been staged in the States.

The U.S. team won its second consecutive title in Buenos Aires in 2010, and the Americans’ bid for a three-peat got off to a strong start Thursday. Chris Williams, a senior at Washington and the world’s top-ranked amateur, shot a 1-under 71 to lead the Americans. U.S. Amateur champion Steven Fox shot 75, while Erynne Lee (73) and Lindy Duncan (76) helped keep the Americans only two shots behind Argentina in the overall competition.

The Copas de las Americas, hosted this year by the U.S. Golf Association, is for amateurs from North, Central and South America, as well as the Caribbean. There are three 72-hole stroke-play competitions – overall, men and women. 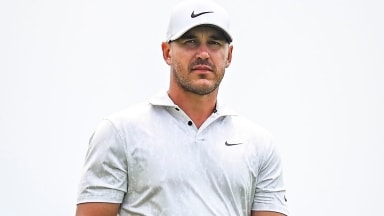