USGA-player relationship at a breaking point? 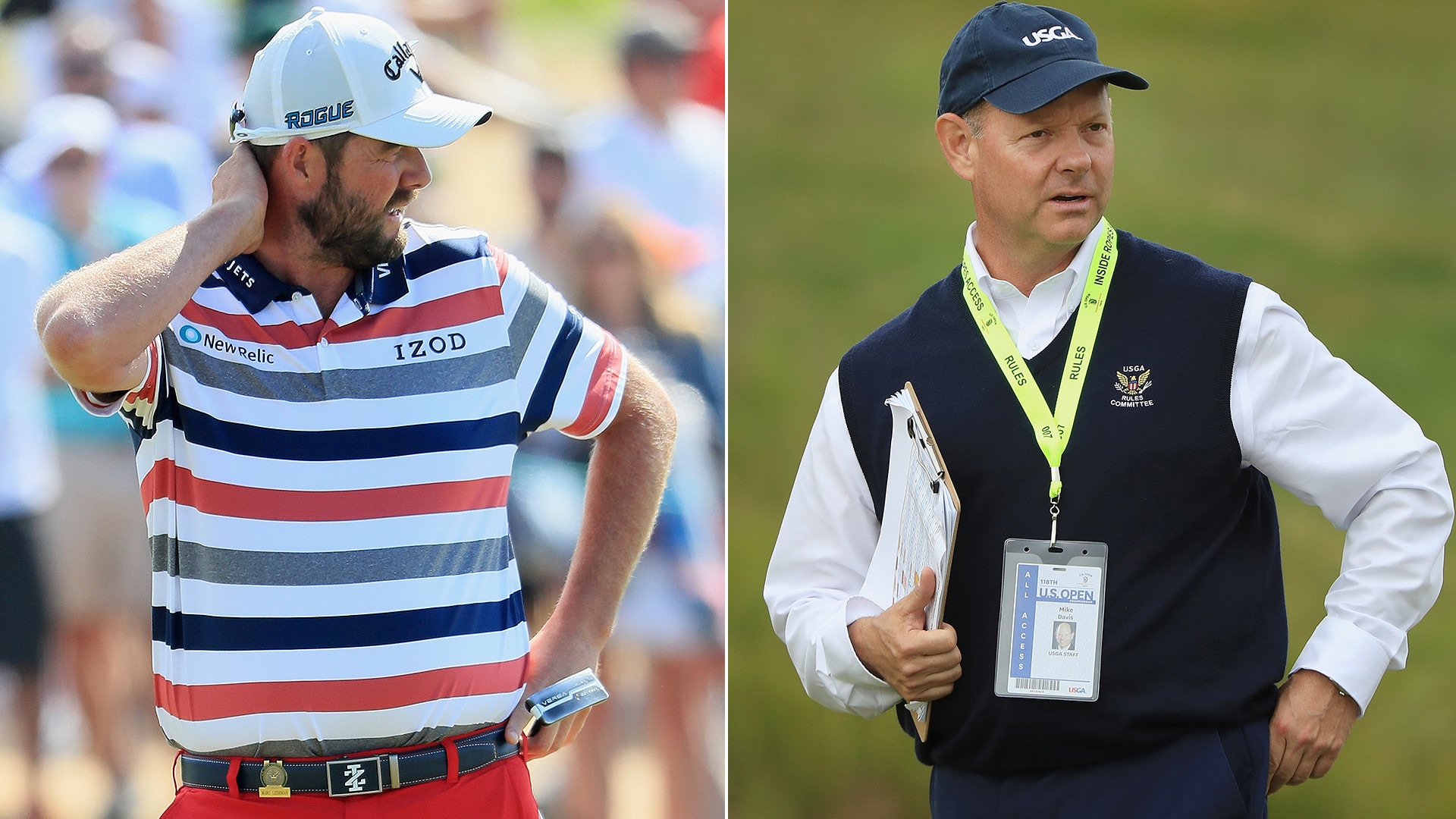 SOUTHAMPTON, N.Y. – For seven days each year, the American game’s preeminent governing body welcomes the best players in the world with open arms. They set up shop at one of the premier courses in the country, and line it with grandstands and white hospitality tents as far as the eye can see.

The players arrive, first at a slow trickle and then at a steady pace. And once they’ve registered and clipped their player medallions over their belts, they’re told how this year is going to be different.

How this time around, be it in a Washington gravel pit or on a time-tested piece of land on the tip of Long Island, the USGA will not repeat the mistakes of the past. That the process of identifying the best players in the world will not veer into the territory of embarrassing them.

Like a college sweetheart in search of reconciliation, the powers-that-be preach a changed attitude and a more even-handed approach. Then, inevitably, they commit the same cardinal sins they promised to avoid.

So year in and year out, the scar tissue builds. Charlie Brown keeps trying to kick the football and, for most of the players not named Brooks Koepka, he ends up on his butt in a cloud of dust and fescue.

Apparently the Blue Bloods of the @USGA do. I refuse to watch it because I know what the outcome will be. Mike Davis and his crew could ruin Christmas. #amateurhacks #giveusourgameback https://t.co/n3GgOJl02C

After letting Shinnecock Hills plunge into avoidable yet all-too-familiar territory over the weekend – before being doused back to life – one thing is clear: in the eyes of many players, the USGA can’t be trusted.

Piercy, like several players in this week’s field, had a few specific gripes about how Shinnecock was set up, especially during the third round when USGA CEO Mike Davis admitted his organization lost control in a display that echoed the mistakes of 2004. But this was not an isolated case.

Players went with skepticism to Chambers Bay three years ago, only to encounter greens that were largely dirt and got compared to produce. Mismatched grass strains, they were told. Whoops.

The next year the USGA threw a dark cloud over a classic venue by allowing much of the final round at Oakmont to play without knowing the leader’s actual score as a rules fiasco reached a furious boil. Last year’s Erin Hills experiment was met with malaise.

At this point, the schism runs much deeper than a single error in setup. It threatens the core competency of the organization in the eyes of several of the players it looks to serve.

“They do what they want, and they don’t do it very well. As far as I’m concerned, there is no relationship (between players and the USGA),” said Marc Leishman. “They try and do it. They do it on purpose. They say they want to test us mentally, and they do that by doing dumb stuff.”

Thanks guys did Bozo set the course up or are the @USGA going to accept responsibility or just say “IF WE HAD A MULLIGAN” I would have liked about 6 mulligans today. But they are not allowed at this level. “Apparently” pic.twitter.com/O08vOpNlTx

By and large, players who took issue with the USGA’s tactics had a simple solution: put more of the setup choices in the hands of those who oversee PGA Tour and European Tour venues on a regular basis. While some of those personnel already moonlight in USGA sweater-vests for the week, there is a strong sentiment that their collective knowledge could be more heavily relied upon.

“I know (the USGA) takes great pride in doing all this stuff they do to these golf courses, but they see it once a year,” Brandt Snedeker said. “Let those guys say, ‘Hey, we see this every week. We know what the edge is. We know where it is.’ We can’t be out there playing silly golf.”

That’s not to say that a major should masquerade as the Travelers Championship. But the U.S. Open is the only one of the four that struggles to keep setup shortfalls from becoming a dominant storyline.

It all adds up to a largely adversarial relationship, one that continues to fray after this weekend’s dramatics and which isn’t helped by the USGA’s insistence that they should rarely shoulder the blame.

“They’re not going to listen, for one. Mike Davis thinks he’s got all the answers, that’s No. 2,” said Pat Perez after a T-36 finish. “And when he is wrong, there’s no apologies. It’s just, ‘Yeah, you know, we kind of let it get out of hand.’ Well, no kidding. Look at the scores. That’s the problem. It’s so preventable. You don’t have to let it get to that point.”

As a player and a golf fan myself, it’s sad to see how one of our biggest tournaments @usopengolf gets ripped apart because the @USGA can’t figure out the right set up for the great golf courses we play!!

But this wound festers from more than just slick greens and thick rough. There is a perception among some players that the USGA gets overly zealous in crafting complicated rules with complex decisions, a collection of amateur golfers doling out the fine print that lords over the professional game on a weekly basis – with the curious handling of whatever Phil Mickelson did on the 13th green Saturday serving as just the latest example.

The gripes over setup each year at the USGA’s biggest event, when it’s perceived that same group swoops in to take the reins for a single week before heading for the hills, simply serve as icing on the cake. And there was plenty of icing this week after players were implored to trust that the miscues of 2004 would not be repeated.

It’s worth noting that the USGA has made efforts recently to ramp up its communication with the top pros. Officials from the organization have regularly attended the Tour’s player meetings in recent months, and Snedeker believes that some strides have been made.

So, too, does Zach Johnson, who was one of the first to come out after the third round and declare that the USGA had once again lost the golf course.

“I think they’ve really started to over the last few years, last couple years in particular, tried to increase veins of communication,” Johnson said. “When you’re talking about a week that is held in the highest regards, I’m assuming within the organization and certainly within my peer group as one of the four majors and my nation’s major, communication is paramount.”

I wish the @USGA would realize that this course really is special. But it was never designed to have greens at 15 on the stemp. You look like you’re trying to embarrass the best players in the world!

But the exact size of the credibility gap the USGA has to bridge with some top pros remains unclear. It’s likely not a sting that one good week of tournament setup can assuage, even going to one of the more straightforward options in the rotation next year at Pebble Beach.

After all, Snedeker was quick to recall that players struggled mightily to hit the par-3 17th green back in 2010, with eventual champ Graeme McDowell calling the hole “borderline unfair” ahead of the third round.

“It’s one of the greatest holes in world golf, but I don’t really know how I can hit the back left portion of the green,” McDowell said at the time. “It’s nearly impossible.”

Surely this time next year, Davis will explain how the USGA has expanded its arsenal in the last decade, and that subsequent changes to the 17th green structure will make it more playable. His organization will then push the course to the brink, like a climber who insists on scaling Mount Everest without oxygen, and they’ll tell 156 players that this time, finally, the desired balance between difficult and fair has been achieved.

Whether they’ll be believed remains to be seen.