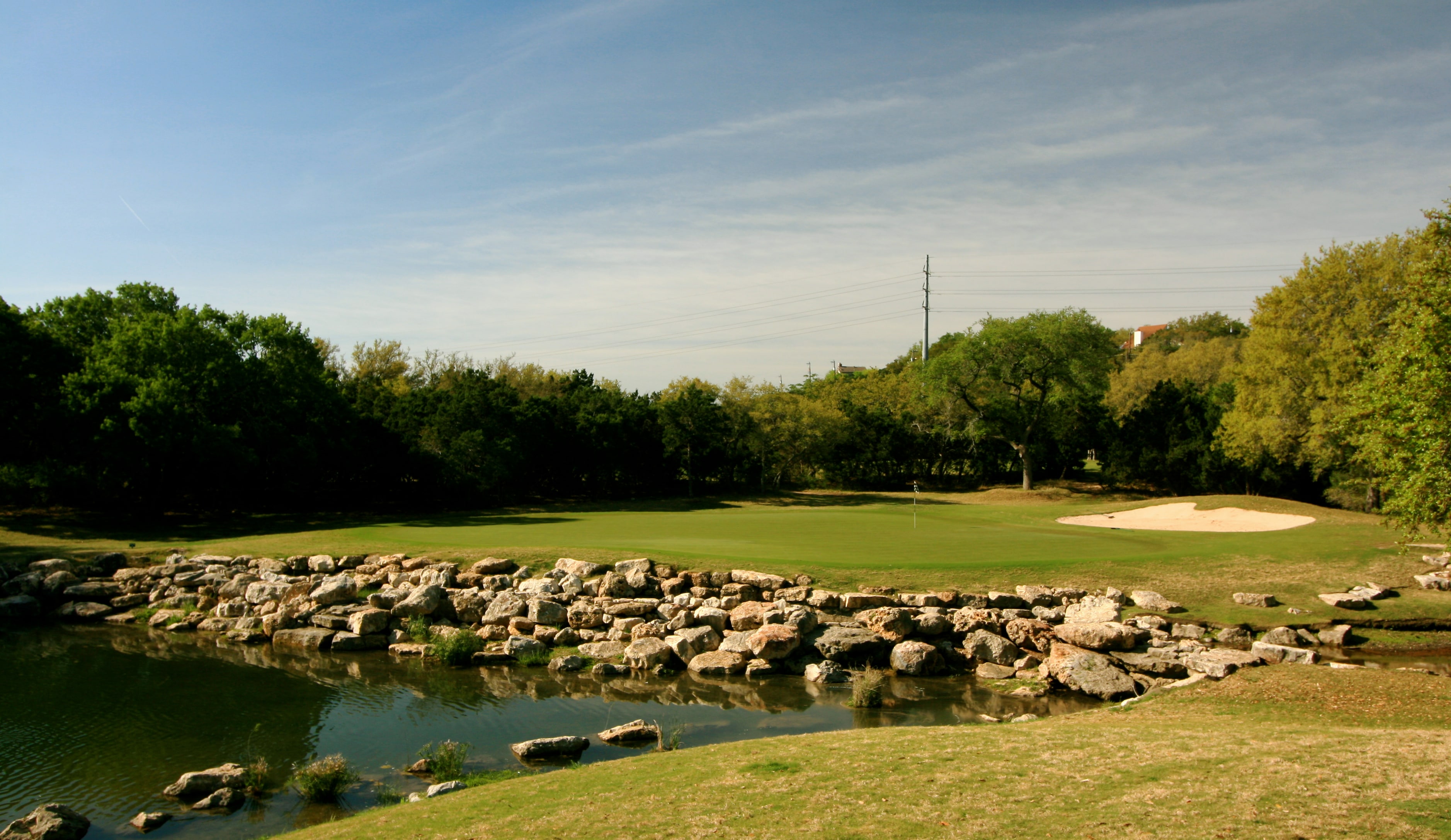 SAN ANTONIO, Tex. -- What's a week on the 2013 PGA Tour schedule without a heavy downpour?

Thankfully, the heavy stuff came down in San Antonio mid-week, before first round action of the Valero Texas Open began. It caught me on Wednesday morning as I scurried off the front nine of the Golf Club of Texas at Briggs Ranch. That morning, as I played through fairways lined with a mix of moo-ing cattle and new residences sprouting up, a UFO-shaped cloud began forming to the west of me and grew larger and darker before I found myself smack dab under it as I made it to the 9th tee, thankfully just a hole's drive from the clubhouse.

It was a rude welcoming to a destination usually known as a sunny and hospitable one. A mix of rain and hail pelted my car as I made my way towards refuge: the Hyatt Hill Country Resort. Shortly after, the sun came out and revealed cool, sunny conditions ideal for taking in as much golf as we could, both watching the Texas Open and playing our own games.

If you drive the green of a par 4, but then the ensuing putt rolls off the surface, is it a Green-in-Regulation?

Embarrassingly, that was the question as I lied three on the fringe of the par-4 hole of the 6th hole of the Creeks nine, one of a handful of drivable short par 4s at the Hill Country Golf Club. Like the TPC San Antonio AT&T Oaks course's exciting drivable par-4 17th, the Hill Country Golf Club has its share of exciting shorties to go with a classic, gently rolling and often shady collection of fairways  -- not to mention some tough greens if you catch yourself in the wrong spot. The Arthur Hills design rewards aggressive play often, though the Oaks nine's doglegs and mature oak trees require a good bit of savvy.

As you head northeast from the Hyatt Hill Country resort, the hills get larger and when you arrive at the Palmer Course at Westin La Cantera Resort, you're face-to-face with one of the Hill Country's most ambitious canvases for golf. In addition to these mighty hills, the Palmer Course has its own lavish, stone clubhouse complete with a bell tower, valet parking and delicious fare in the restaurant overlooking the 18th. The signature hole is considered the 4th, a mellow, low-lying par-3, whose bridge to the green is a memorial to Palmer's late wife Winnie. But this hole's flat nature is a rare aside on a layout full of holes that play both severely up and downhill. The expansive views from many of the greens, particularly on the backside, steal the show.

The combined number of guest rooms at both the Hyatt Hill Country Resort and Westin La Cantera don't quite add up to the 1,002 rooms at the JW Marriott and TPC San Antonio - and that's exactly the point. What the mighty JW Marriott showcases in sheer awe and scale, guests at these two properties relish in a smaller, quieter vibe. And while the TPC earns accolades as being among the toughest venues on both the PGA Tour and Champions Tour, the La Cantera and the Hyatt layouts dish up resort-style playability.

While this particular trip to San Antonio was a brief one spent watching the Valero and playing golf at the resorts, here are a few other notable daily-fee courses in the area:

For eye-popping scenery, head to The Quarry Golf Club. After a traditional front nine, the back side plays through an old limestone quarry, complete with dramatic forced carries and elevated tee shots.

North of the city in Boerne, 27-hole Tapatio Springs Resort is short, but one of the area's more unique atmospheres, set in a remote valley walled with limestone cliffs. The course is part of a small resort and conference center that was recently purchased by George Strait, while Troon Golf assumed management duties (green fees:$30-60).

Near the TPC San Antonio and Westin La Cantera, Canyon Springs Golf Club is a top selection in the city's upper-middle tier of daily fees. It's resort-style ambiance features two live longhorns on display near the first tee plus a high waterfall behind No. 18 to go with a championship-caliber design over 7,000 yards (green fees: $60-90).

Also, River Crossing Golf Club, north of town on Highway 281, features some of the best greens that I've played in the Hill Country. Semi-private, the green fees ($40-60) are a steal.