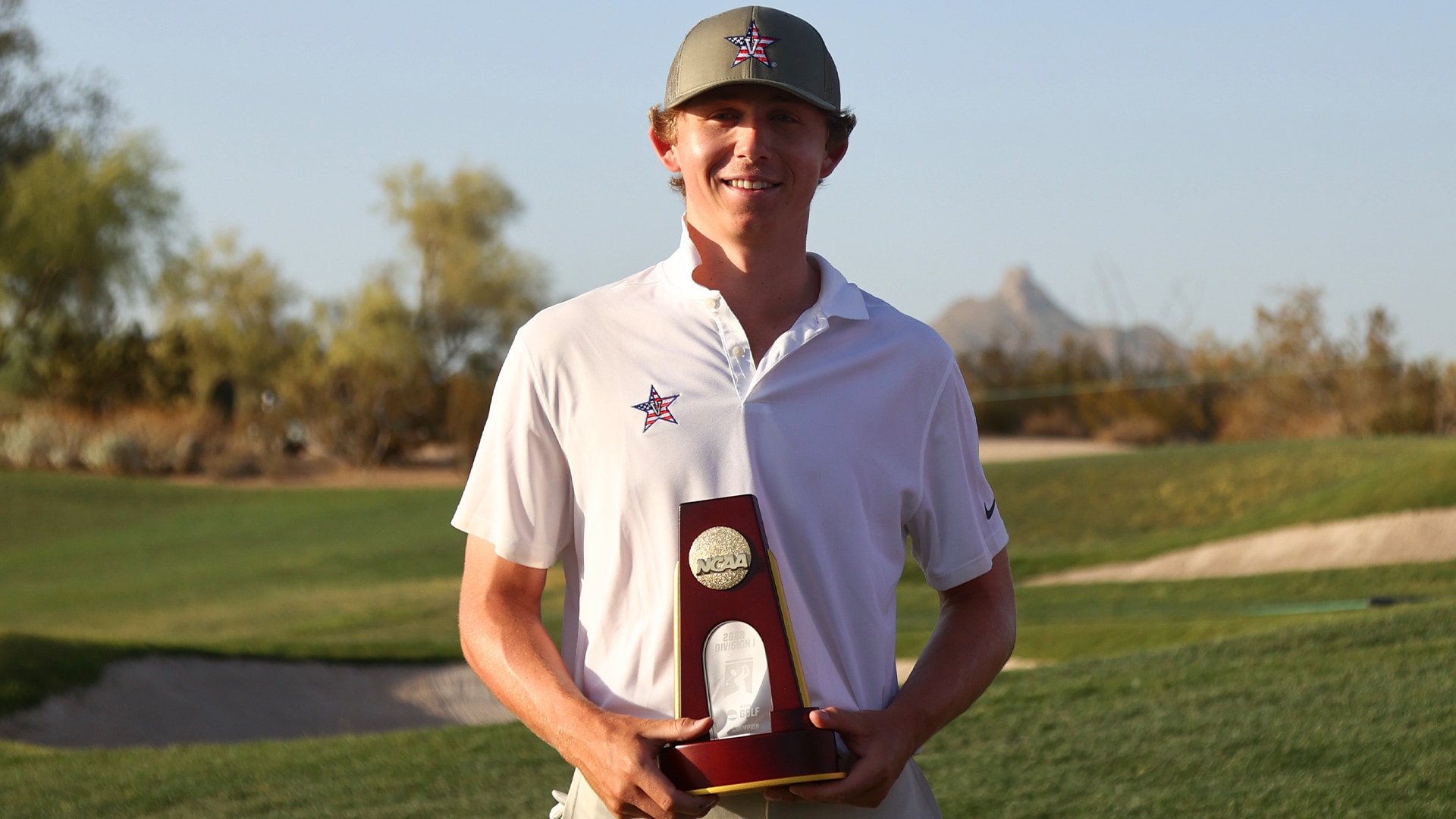 The 15-year drought is over.

Vanderbilt's Gordon Sargent is now the ninth freshman to win the NCAA individual men's championship, becoming the first since Jamie Lovemark in 2007, while joining a list of names that includes Ben Crenshaw, Curtis Strange and Phil Mickelson.

Carding his first birdie of the day on the first bonus hole, Sargent, the first-ever Commodore to capture the title, bested Eugenio Chacarra (OSU), Parker Coody (Texas) and Ryan Burnett (UNC) in a four-way playoff.

Even though he didn't have a birdie until his 19th hole Monday, Sargent was the 54-hole leader and sneaked into the playoff despite shooting 4-over 74.

“Feel like I did a pretty good job of staying patient," Sargent told Golf Channel after his round. "Didn’t play my best, but hung in there. Missed it in the right spots and was able to make some big par saves."

Burnett shot 70 and had a crucial birdie on No. 17. But after finding the fairway with his tee shot in the playoff, he stuck his approach on the green and missed his birdie putt, which was slightly longer than Sargent's.

Coody, who started on the 10th hole, rattled off three straight birdies on his back nine, but skimmed the edge of the hole with a birdie putt at No. 7, his 16th of the day, to take the outright lead. He then closed with a bogey. On the extra hole, which took place on Grayhawk's par-4 18th, he found a left fairway bunker en route to a par.

Chacarra had a sporadic round. He sandwiched a birdie with two bogeys in his first three holes and then carded doubles on Nos. 6 and 7. However, he got hot with his putter and rattled off three consecutive birdies on Nos. 8-10.

Despite a bogey on No. 17 to lose a one-stroke advantage, Chacarra had a birdie look to win it all on 18. His effort, however, stopped one roll short of the cup. He would par the playoff hole.

Although Oklahoma redshirt senior Chris Gotterup finished with a 74 and missed out on the playoff by one shot, he had just as many chances as anyone to come away with the title.

On No. 17, Gotterup missed a 4-foot birdie chance that would have given him the lead. Still alive on the next hole, he three-putted for bogey to finish at 1 over par, tied for fifth. He needed at least a fourth-place showing to finish within the PGA Tour U's top 5.

"A lot to take from this, I just didn't make the putts. That's all it is," Gotterup told Golf Channel.

All those close calls allowed Sargent to stay alive, even though he didn't have his A-game Monday.

But when it mattered most, Sargent had his best. His drive on the first playoff hole landed on the right edge of the fairway, and then he stiffed his approach within 8 feet of the cup.

Converting his birdie putt, Sargent etched his name alongside some of golf's most illustrious names. He also matched last week's women's individual champion, Rose Zhang of Stanford, who was also a freshman. Stanford went on to win the women's team championship as well.

With Vanderbilt set to square off against Texas Tech in Tuesday's quarterfinals match, Sargent will put the celebration on ice for now as he hopes to also lead his team to a title.

"(The individual title is defiantly my highest achievement) so far," he said. "But a team national championship would defiantly overcome that. So that’s what we’re looking for this week."

The NCAA Division I Men's Golf Committee announced Wednesday the fields for each of the six regionals. 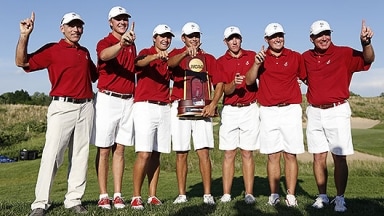 An emotion-filled day for champion Alabama

From an impromptu morning meeting to to a dramatic final putt, it was an emotion-filled day for repeat national champion Alabama.