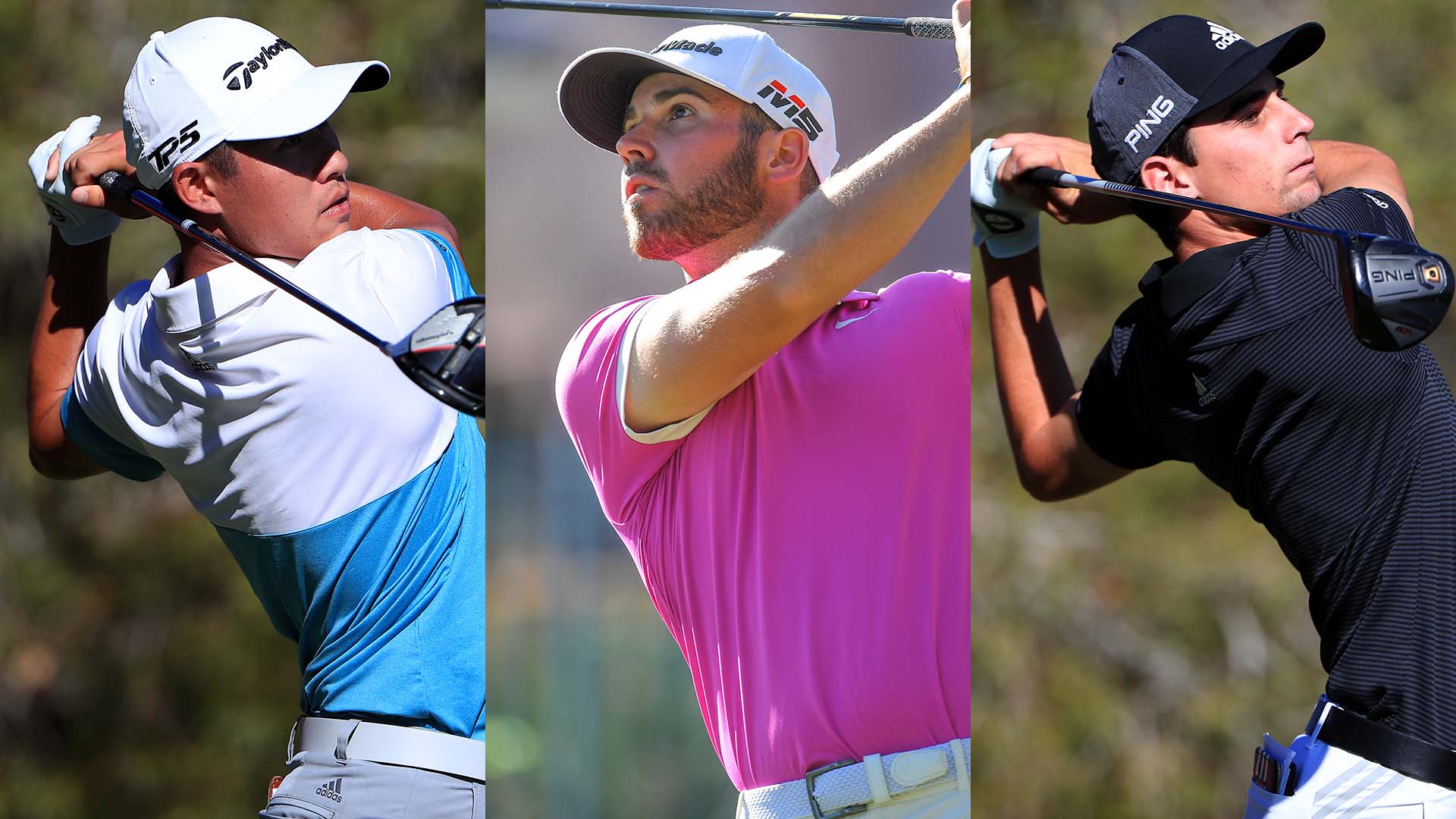 “The three of us together are as old as my caddie,” Niemann joked.

“It’s weird that I’m the oldest one, by two years” Morikawa said, as if only just realizing.

This trio of newly minted PGA Tour winners was in the spotlight and in front of the cameras on Thursday at TPC Summerlin, strolling around as a late-afternoon featured group at the Shriners Hospitals for Children Open.

Wolff and Morikawa both opened with 67, Niemann with a 69.

Niemann and Morikawa are former World Amateur Golf Ranking No. 1s, and Wolff is the reigning NCAA Division I individual champion, a title he won’t defend next spring, since he’ll be too busy prepping for another title defense on Tour.

All three players became friends through the amateur ranks, and all three have picked up their first professional victories in the last three months. Wolff took the 3M Open, Morikawa the Baracuda Championship and Niemann the Sanderson Farms Championship.

All three players earned PGA Tour status as non-members immediately after turning pro, Wolff and Morikawa via victories this summer and Niemann via points last summer.

A couple of years ago, they were playing top-ranked junior events. Now they’re cutting it up on Tour.

Standing together outside the scoring trailer, Wolff and Morikawa were informed that they’d be doing a joint television interview with Golf Channel. Chamblee: Wolff has potential to 'change the game'

Who will have a better career between Cameron Champ or Matthew Wolff? Brandel Chamblee makes his pick.

All three guys are already comfortable out here, even though everything is still pretty new.

“I still consider myself a rookie,” Wolff said.

The Tour doesn’t, but Wolff and Morikawa have nonetheless been out here just a few months. They’re still seeing courses for the first time, figuring out where to check in for registration.

“It definitely is a little weird,” Wolff added. “Only a year ago, six months ago I was watching all these featured groups on the PGA Tour and dreaming about being a part of it. Now that Collin’s won, I’ve won, Joaquin’s joined us in the winner’s circle, it’s pretty cool that there’s a lot of attention of us younger guys. It adds a level of, not pressure, but hype around the younger guy’s coming out. Like Akshay – he’s 17.”

Wolff is talking about Akshay Bhatia, who opted to skip college and turn pro just last month, making his first start at the Sanderson Farms. He missed the cut in his first two Tour events but posted 1-under 70 Thursday and could be around this week with a good round Friday.

“Like [Wolff] said about Akshay, we’ve put another standard, another bar for them to see they could reach,” Morikawa said. “But I’ve said this from Day 1, since we all sat down at Travelers: We just believe in ourselves. That’s what’s Joaquin’s done, what Matt’s done, what Viktor Hovland’s done.”

Wolff summed up their newfound stardom like this: “Having the cameras on us all the time, it’s definitely cool, but sometimes you gotta, you know, watch what you say.”