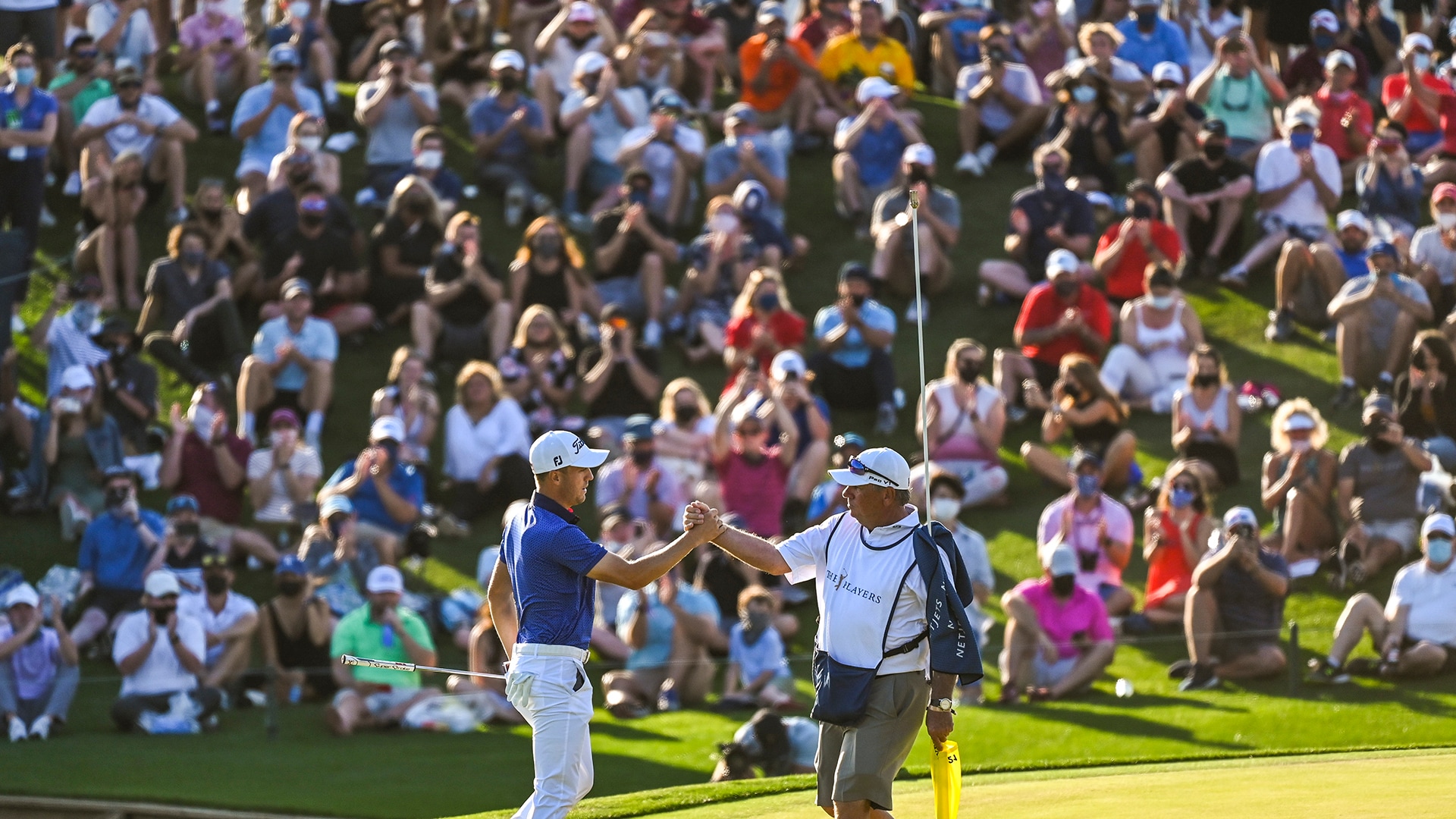 The steady din that hangs over the 17th hole at TPC Sawgrass during The Players Championship hushed for a moment as James Hahn’s 54-footer for birdie trundled over the spine that runs through the middle of the island green and toward the hole.

When the unlikely birdie putt dropped into the hole, the hills that surround the 17th hole erupted with applause, and Hahn, who has proven himself one of the PGA Tour’s more underrated showman, took a literal bow as shouts of “better than most” filled the morning air.

Hahn wasn’t anywhere near the lead, and his birdie at No. 17 did nothing to improve his chances of catching the front-runners, who were still a few hours removed from their tee times, but the crowds that have been largely nonexistent since the COVID-19 pandemic halted play last March had been waiting for this moment a long time.

“It feels awesome. It feels like I just hit a big home run,” Hahn said. “It gives you a little bit of nerves having that many fans out there, even though it was only a couple hundred, it makes you nervous on a hole like that.”

Last week, officials capped attendance at 20 percent of normal capacity, but anyone who watched Justin Thomas put the finishing touches on his victory saw a crowd that predictably gravitated to the hills adjacent the 17th green and the arena that put the “stadium” in the Stadium Course.

It was a full-throated return for the masses that have spent the last year yelling at their televisions, and for most in last week’s field, the return of significant fans – officials also welcomed fans back earlier this year at the Waste Management Phoenix Open and two weeks ago at Bay Hill – produced a mixture of emotions.

“On every hole on every group, there’s the one group of five people that have missed being out here and they’ve been thinking for a whole year of something to say when we hit a shot, and that’s what they absolutely have to yell every single time,” Jon Rahm said. “They want to be heard. And I don’t blame them. There’s always somebody like that, I think, that’s just taking advantage of the last time.”

Rahm seemed to speak for the majority of players who, after a year plying their trade in lonely silence, enjoyed the energy the gallery brought to The Players, if not the “mashed potatoes” guy who yells just to be heard.

“Definitely not the drunken yells,” Jordan Spieth said when asked what he missed from the crowds. “The energy. It's different, right? You start to really feel like you can get into a round, like the fans are kind of with you, willing putts in, that kind of stuff.”

It’s taken a year, but players were largely willing to accept the good with the bad when it comes to fans.

“You know, that's a loaded question,” Brian Harman laughed when asked what he missed the most over the last year. “I miss entertaining, I miss the cheers for good shots. I do. Because like I enjoy that aspect, it feels good playing in front of people again.”

Harman went on to explain that there was a sense over the last year that, on some level, this was the “purest form of our sport.” Wayward tee shots into areas that would have been trampled down by the gallery now found heavy rough. There were no lucky bounces out of the crowd without fans. There also weren’t any of the distractions that come with large crowds moving around a golf course.

Last week also made players realize that as the circuit inches closer back toward normal galleries, all of the things that have made the last year so unique now have to be relearned.

An example of this on Sunday came on the 16th tee as Hahn prepared to hit his drive. He heard every random conversation, every observation, everything that has been missing since last year’s Players.

But the biggest takeaway was how last week’s crowds, even the truncated gallery by TPC Sawgrass standards, made things feel like nothing had changed – even though so much has changed since the Tour halted play one round into last year’s Players Championship.

“It felt very, very normal,” Spieth said. “The difference in 10,000 and 40,000 in your group, you don't really feel that difference until you get to the last few holes. It felt like back to normal inside the ropes for us and I think that players in general really enjoy that.”